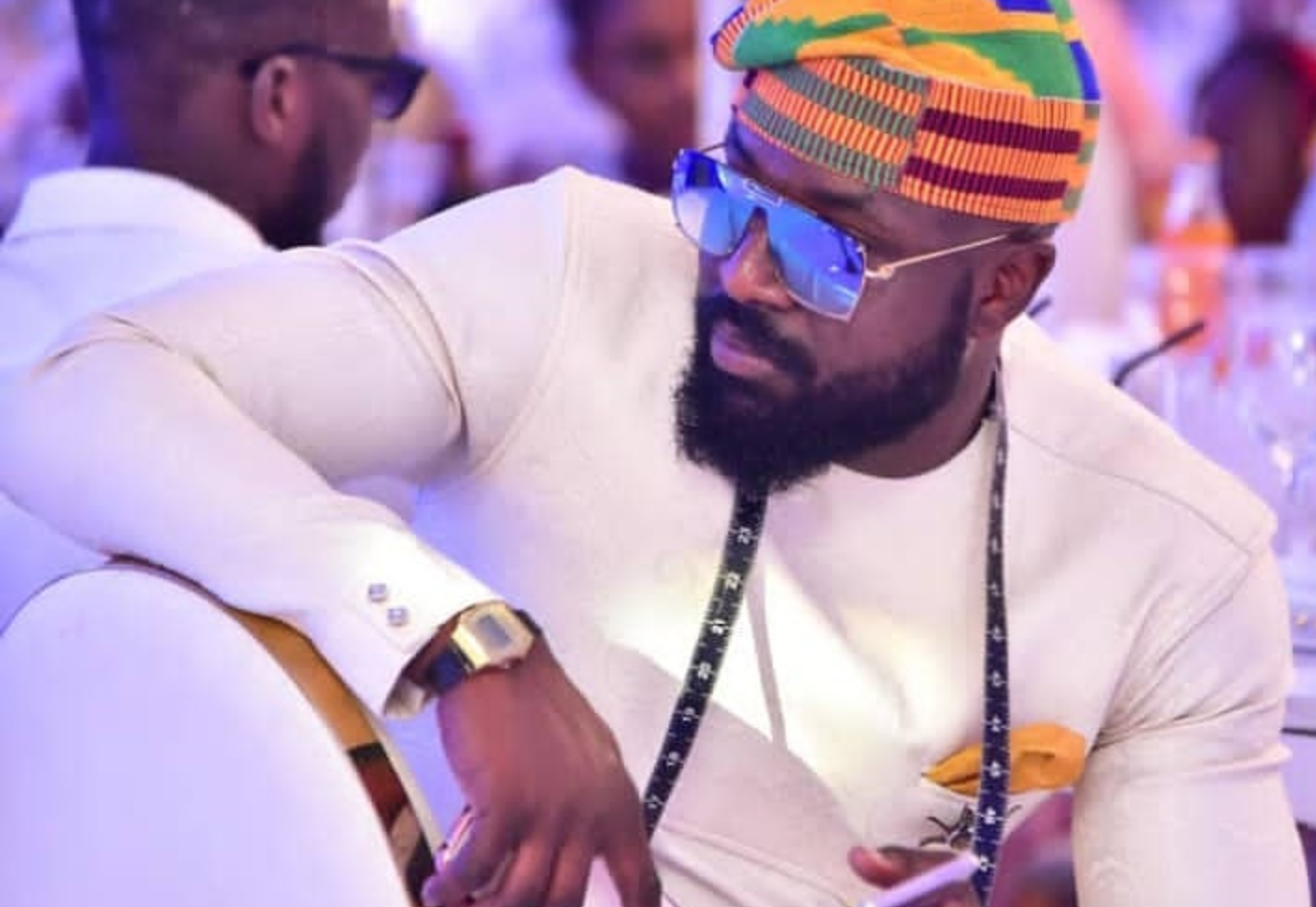 “I Did Not Have Money For University Tuition, Fashion Saved Me” Elikem On How He Executed His Passion For Fashion

Elikem just rounded up the fashion season with an extrodinary showcase on Accra Fashion Week with a unisex collection that received a tremendous round of applause. The super star designer who made his big break on Big Brother Africa for some days has speaking his mind and answering fans as they please. He took to social media to allow his followers to ask him anything they wish, and in the process he revealed some very surprising truths of which he offloaded on his whatsapp status.

One very interesting and eye catching surprise was when he unveiled to one questioners how his passion for fashion deepened.

The designer was asked “How Did you Start this fashion thing?” and he answered, “When a man is in adversity, he finds himself. I deferred a year at the university because I couldn’t afford tuition, fashion saved me. I had no other choice, with time, my love for it grew” 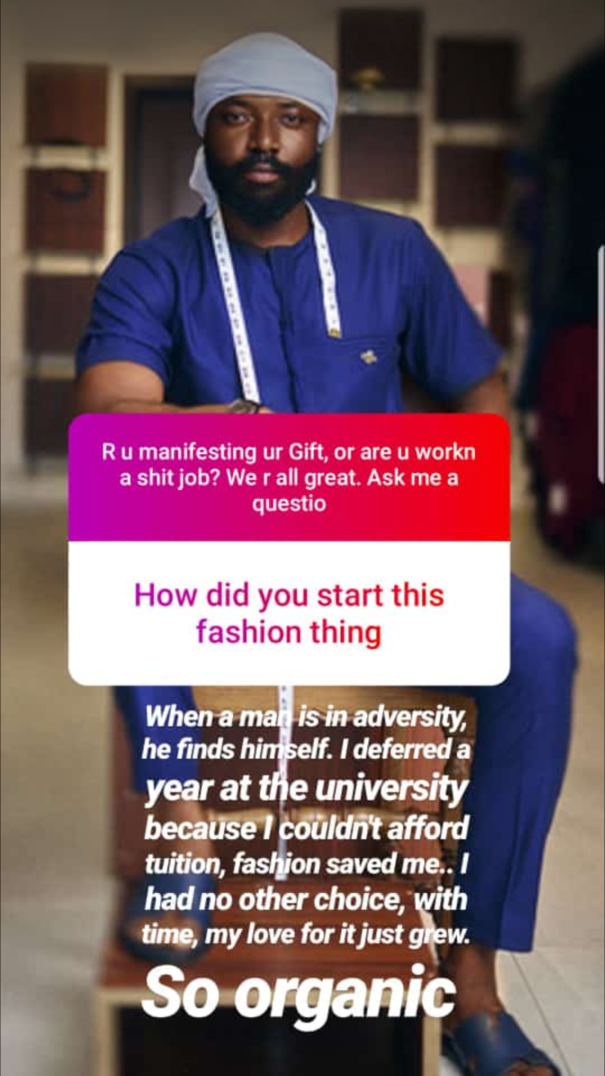 It seems as though Elikem almost run into a dead end but his skill pulled him out of the dark alley. But surviving was not his only objective. Another questioner asked “How Did you start this fashion thing?” as seen below and his response was magnificent. He replied “I want to be a millionaire from fashion. I want to put African fashion and diversification out there. I want to challenge the Western world and show them what we have in Africa. I want to challenge the narrative. 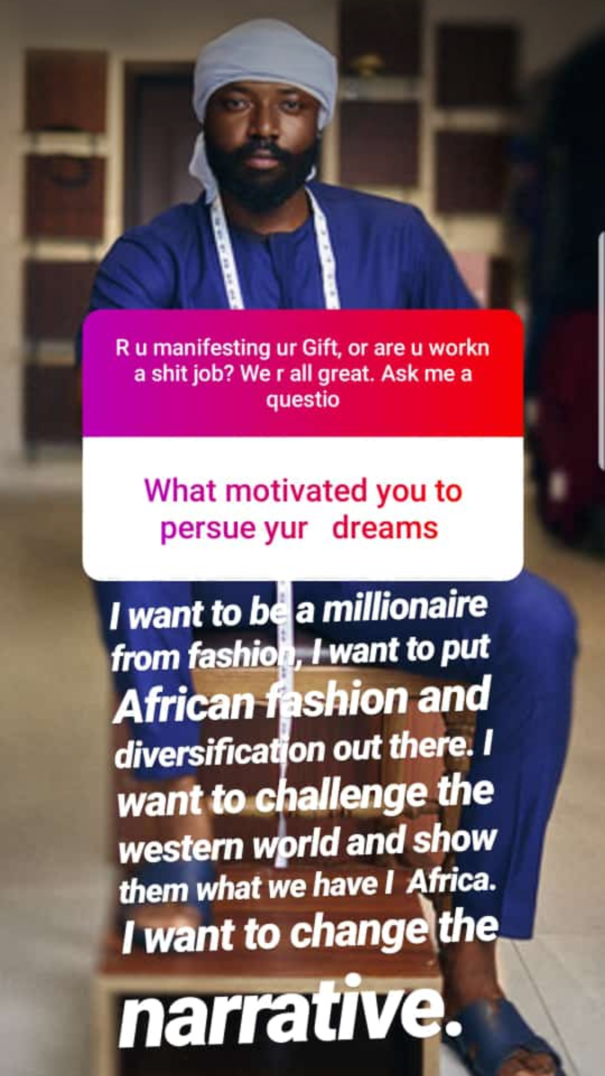 If that is the case, we haven’t seen anything yet from Elikem.