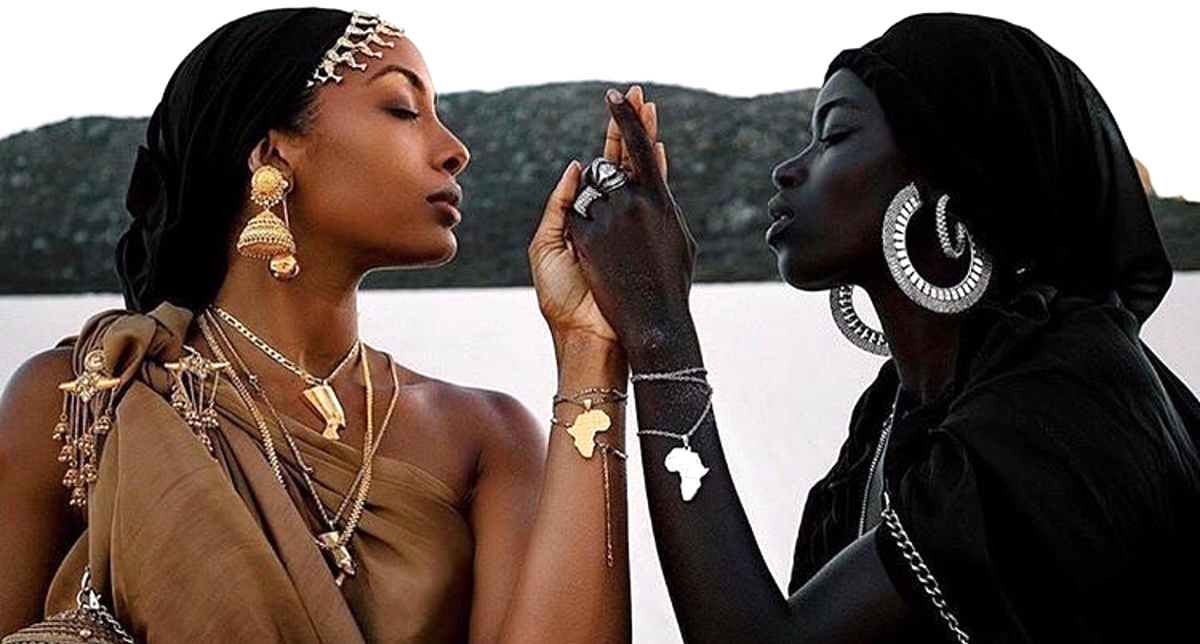 For those that grew up on neo soul, from Bilal, to Ledisi, to Erykah Badu, to India Arie, to Angie Stones during the times Beyonce was singing about ‘Can You Pay My Bills’ will know they not listening to anything new when they hear Beyonce’s ‘Brown Skin Girl’. However, it is always necessary for a super star like Beyonce with such a loud voice to bring the same concept and lyrics to her platform.

Not only did the queen bring a song with the said concept to her international platform but also put it to the sound track of one of Walt Disney’s biggest movies. The song featured Nigerian superstar Wizkid and her daughter Blue Ivy. It simply highlighted the beauty of….you guessed it, Brown Skin Girls. This is a super message to young girls to help them appreciate their skin tone and if you don’t believe it, on the youtube video, one girl even openly stated “I regret Bleaching, I Swear I Won’t Lie To You” And for a bleacher to admit this on a public forum tells you much about why such songs are essential.

The essence of such songs will always be a necessity to blacks around the world. Although America’s hollywood is changing from time to time and embracing more actors of color in movies and in cartoons, we are still in the midst of a generation that grew up with nothing but the blonde hair and blue eyes as the only female worth being rescued by the heroes (if you know what I mean).

The song had already received a whooping 1 million plays in a week on youtube on just that particular video. And some people felt by adding a song ‘Brown Skin Girl’ to the Lion King sound track it took away the relevance from the movie and made it about Beyonce.

So naturally one would expect to see some negative reactions from white fans or trolls of Beyonce, but on the contrary, they were beyond supportive and patronizing to the message in the song. See some of the beautiful comments from the few whites that managed to comment on the video below. 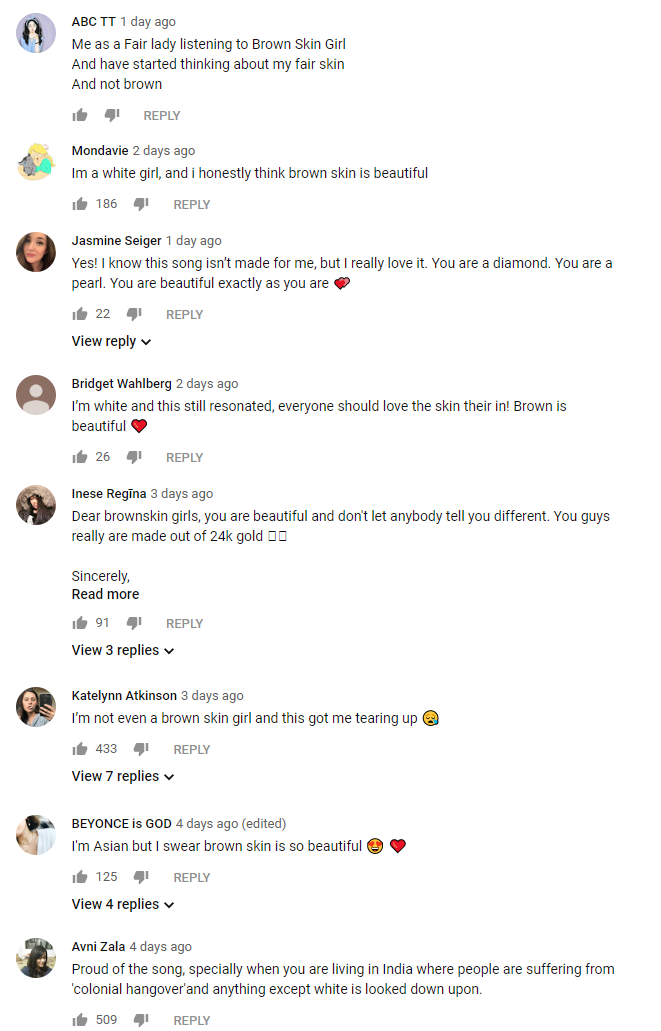 Now that you know enjoy the song below.