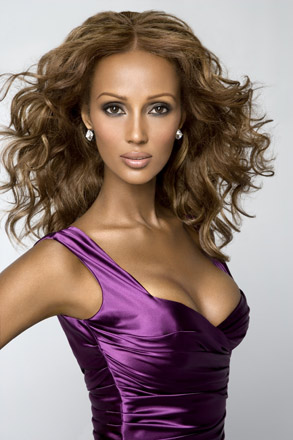 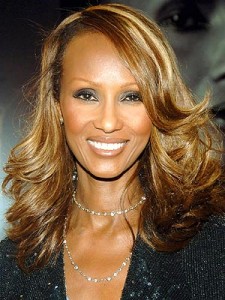 The New York Times reports that this year black models accounted for only 6 per cent of catwalk looks at New York Fashion Week, falling from 8.2 per cent in 2012. As being reported by the media, Iman has called for a boycott of designers/brands that do not use black models.

Her exact words (according to vogue) “It feels to me like the times need a real hard line drawn like in the Sixties, by saying if you don’t use black models, then we boycott,” Iman said. “If you engage the social media, trust me, it will hurt them in their pockets. If you take it out there, they will feel the uproar.”

Contradictory to what most will expect, the truth is simple, some dresses work better on African skin, and some dress work better on white skin. Some designers have models and/or friends, whom which they have a working relationship with and no matter the circumstance those models will showcase on their runway.

To call on a boycott for designers who do not use black models is a vague act on various levels. Firstly it will mean we will need to follow every single designer that uses a higher amount of white models than black models, and then investigate, or analyse their selection to ensure if it was a racially based decision and not a decision based upon the options available, and/or who worked better in his/her clothes or who performed best at the castings.

This is not to say there is no racism in the western end of fashion, there is and it’s very obvious! Living on the outside, it even seems as though racism is at it’s all time high in every field of western entertainment and currently dominating a lot of discussions on social media.

But lessons should have been learnt over and over by now, screaming racism is only going to raise awareness for the said particular brand, promote their name, allow them to gain more support from other institutions managed by people who agree with their actions. They will then turn around and also play victim in the media and blame other entities for the circumstance, ie. the fashion show organisers, their pr, or the modeling agencies. After it blows over then their are back to great sales again. 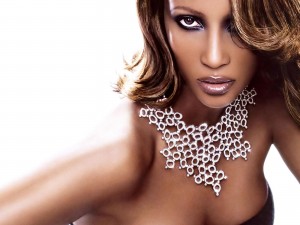 There are also many platforms that create a counter balance. What is needed is to show gratitude to attempts of counter racism acts that appreciate black models or help erase the colour lines. Why isn’t anyone that boycotts asking about the designers that ensured there was 6% of black models on the runway and making a name out of them. That is how you encourage change, by making the deserving brand a victor.

Stop waiting for people who you are already claiming are on the other side of your interest to wipe your behind. As a super model, Iman should be fully aware of the ins and outs of the modeling industry. Stop looking for a boycott, use your celebrity status and start attending, funding, sponsoring, promoting and/or rallying around the alternative brands and businesses you will like to see progress.

You may not know it, but it is a better strategy and it will help African Americans more in general, more than boycotting the “racist” brands, which could even benefit more from the PR and promotion. Fighting for change from any such institution will only let them resort back to the same behavior when the fight dies down.

We agree that there is racism and most wish to see something done about it, but it’s rhetoric because as much as we appreciate your concerns, screaming racism in fashion never changed anything other than make the screamer look like some inactive hero! Racism is The Easiest Form of PR & Promotion For ‘Mainstream’ Fashion Businesses just as Numero Magazine Abused The White 16 Year Old white model for Promotional purposes. What we would all like to see from Iman is efforts to establish, develop and support alternative platforms.

U obviously don’t live in the western world. The white man has brain washed most west African countries via the media that the people think we just like to scream ” racist” when you live in Europe or USA and you experience the true meaning of racism. I will read your post till the end . until then stop disregarding crucial comments from one of the world’s most popular and respected Africans in the global fashion screen.

Understanding you in your entirety, you did not read the article, yet decided to make such a racially offensive comment. Try reading first, but also avoid tackling racism with racism, that does not resolve a lot.