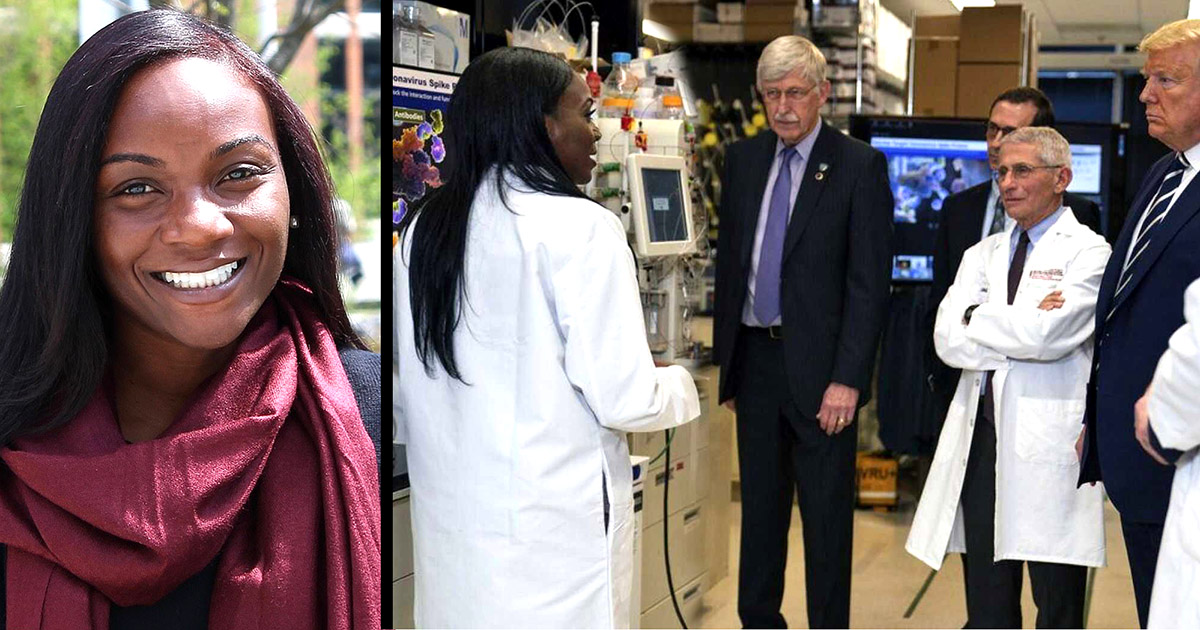 ION: Leading Black Immunologist Hired By US Gvt. Claims COVID-19 Is Being Used For The Genocide Of Black People

According to the Dailymail.co.uk, The Department of Health and Human Services is conducting a review into the social media accounts of a top coronavirus researcher after she was accused of sharing controversial tweets about the COVID-19 pandemic.

Dr Kizzmekia Corbett, an NIH immunologist working with the government to develop a vaccine for the contagious virus, suggested in a recent post that the pandemic could be a ‘genocide’ against black people. 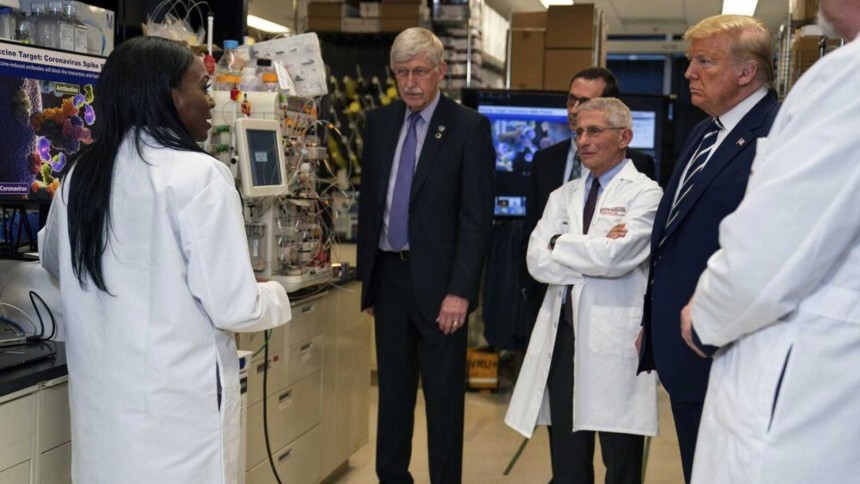 In a separate tweet, she implied that doctors would overlook black Americans if ventilators are in short supply, which could cause them to die.

An HHS official told Fox News that ‘career ethics officials are reviewing the matter’ and taking the situation ‘very seriously’. 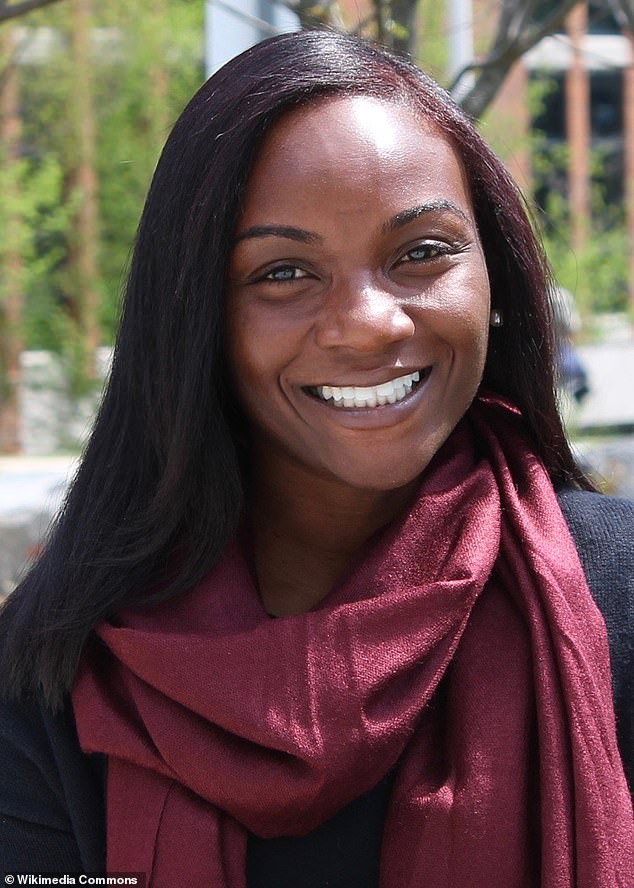 Dr Kizzmekia Corbett, an NIH immunologist working with the government to develop a vaccine for the contagious virus, suggested in a post penned last week that the coronavirus pandemic could be a ‘genocide’ against black people

In a series of tweets, she burst out the following…. 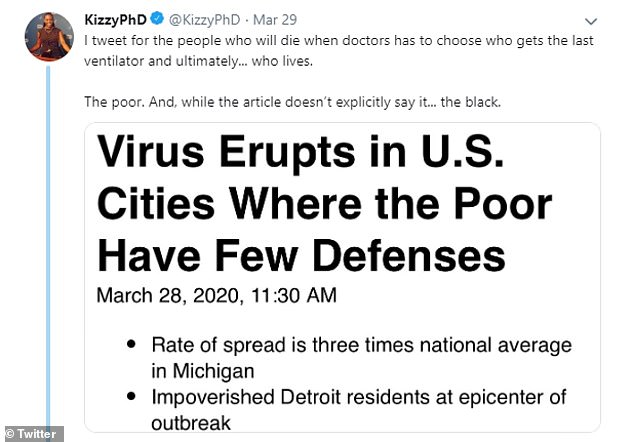 Dr Corbett’s Twitter page is now private after her account was publicized by Fox News. Dr Corbett, who is only 34 years old, has been described as a ‘superstar scientist’. Although, Tucker Carlson Of Fox News rubbished her claims that black people are being targetted in any such cases. However there are many videos of black people complaining about their distressful encounters with the hospitals.

United Nations is warning that Coronavirus could kill 3.3million people in Africa if it becomes new epicentre, however many believe just as much as Kizzy does and that Africa is soon to follow through with a genocide. Some also believe some African governments might be in on it to.

Exactly, but the truth will always come to light.