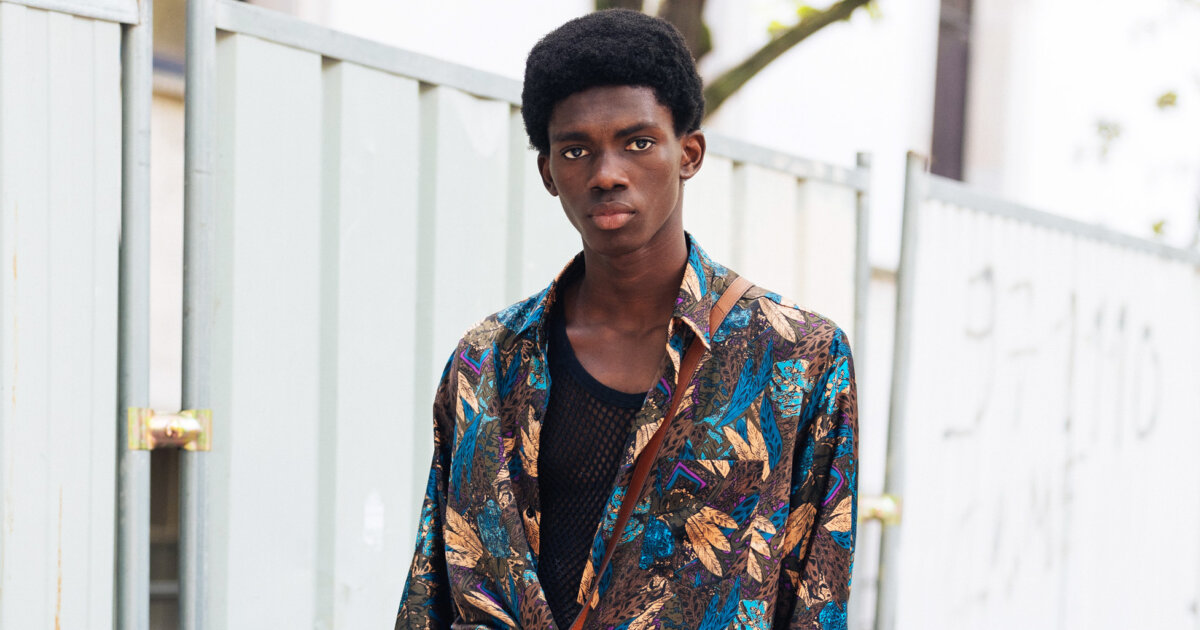 UK fashion brand Fred Perry has come under attack by racists who opposed their new diverse casting as reported by DazeDigital. The fashion label which was founded by world champion tennis player Fred Perry in 1952 published a few nonwhite models in their latest look book.

One of the non white models that caused a stir is Ghanaian model Ottawa now based outside of Ghana. According to DazeDigital ‘Over on Twitter, Fred Perry has come under fire from a bunch of racist trolls who have made it very clear they object to the diverse casting seen across the label’s Instagram account.

One user (whose account is now private) Tweeted several images of black models posted by the brand, adding that he was ‘no longer required as a customer’, while another said the campaign was ‘spreading diversity bollocks’. Others called for a boycott and that they would be throwing their FP clothes away, which, tbh, we imagine no one would lose any sleep over. It goes without saying that many of those offended had St. George and Union Jacks in their bios, because of course they did.’

However, it is fairly puzzling that the internet in 2020 will still be chasing fashion brands to denounce the use of non-white models. Either Fred Perry has managed to establish and market itself amongst a very racist clientele or it is simple trolls that don’t really deserve the attention they are being given.

With a very diverse world of culture, race, and religion, it is very easy to say from our standpoint of view that these days racism is the new PR. Many companies have used racism to either establish a bond between themselves and upper-class whites or one with themselves and non-white by viral racist attack claims.

But when Stormzy or Dave call This country racist they’ll scream pic.twitter.com/ho2YyGt8mN

If these accounts are now private how can we trust they are not part of a PR stunt. As a black man, there are numerous times I have seen article titles starting with ‘Black People Outraged About….’ and then thought to myself “really? no black person cares about this!” Or ‘Racist White People Are…’ and the rest of the world is really not concerned.

Is that to say there isn’t a fat old man with a two-day-old pizza next to him trolling the net with racism? Sure the probably is. Is that to say there isn’t an army dressed up black teenager that is angry at everyone who misspells a black man’s name, there probably is. But their comments can’t be taken out of context as if there is a social group about to take their views to a massive protest.

Once again the main basis of these said claims is all nothing but PR for one party or another. If I open a black book store and raise the claims in the press “White People Wish To Tear Down My Black Book Store”, if done wisely, that could be my whole promotional plan orchestrated and 20 times more effective with people who oppose racism sharing and eventually patronizing and donating to my services.

Visa versa if a brand creates a shirt that or a show that depicts black people in the wrong light, and they really don’t care about it. The brand can turn around and create a ‘black people are outraged about the shirt’, which will, in turn, promote by brand and also obtain more patronage from the 1000s of white people that may see value in such behavior.

Take for example the Gucci article below. Let’s face it, Gucci hasn’t lost any black clients, all their black face jumper did was strengthen their support with the racists, popularised their name in the press including ours, and all negative connations were dissolved with a mere irrelevant 2-second apology.

Again Fred Perry might really be under attack by racists, but where have these racists been for the past 10 years as far as fashion goes. Did they save up all their anti-black rhetoric in the fashion industry for Fred Perry only? Or has Fred Perry never used black models all this while, and if so who is to blame here?

The bottom line is racism exists, people lose lives for it, race-baiting and race PR actually devalues the real areas of attention that is needed. Let’s not have public outcries of racism for one or two internet trolls, because it will devalue the real outcries that may need real attention in the future.