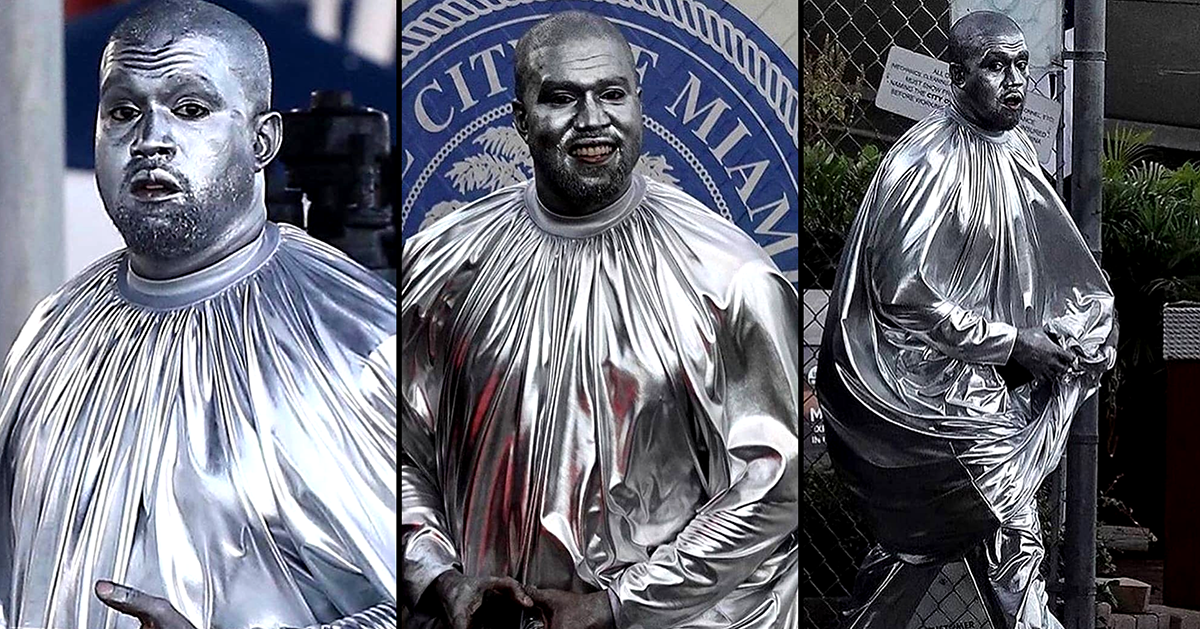 On Sunday night, the 42-year-old star stepped out in Miami to debut his Mary opera at the Marine Stadium in—wait for it—silver paint that covered his entire face. That’s right, Ye took his onstage outfit to a whole other level as he literally was dripping in silver from head-to-toe.

While it’s unclear why he chose to paint his face silver and wear an all-silver metallic ensemble, it’s safe to say it’s going to be one unforgettable lewk.

Kanye’s flashy and almighty outfit comes a few weeks after he called himself the “greatest artist that God has ever created.”

“Now, the greatest artist that God has ever exist- uh, created is now working for Him,” Ye said during his appearance at Joel Osteen’s service, as seen in a video posted by TMZ. 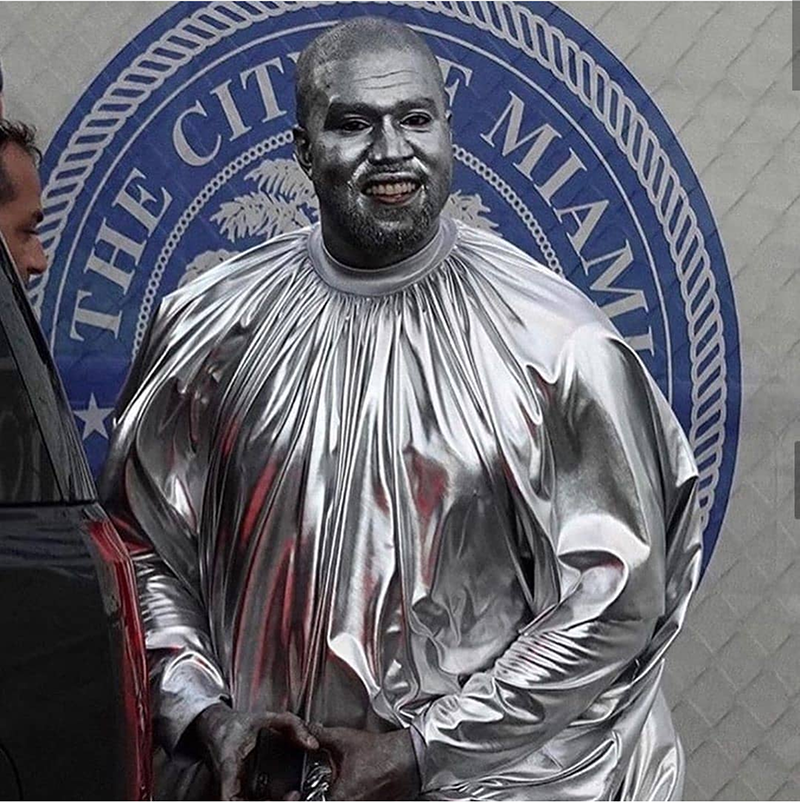 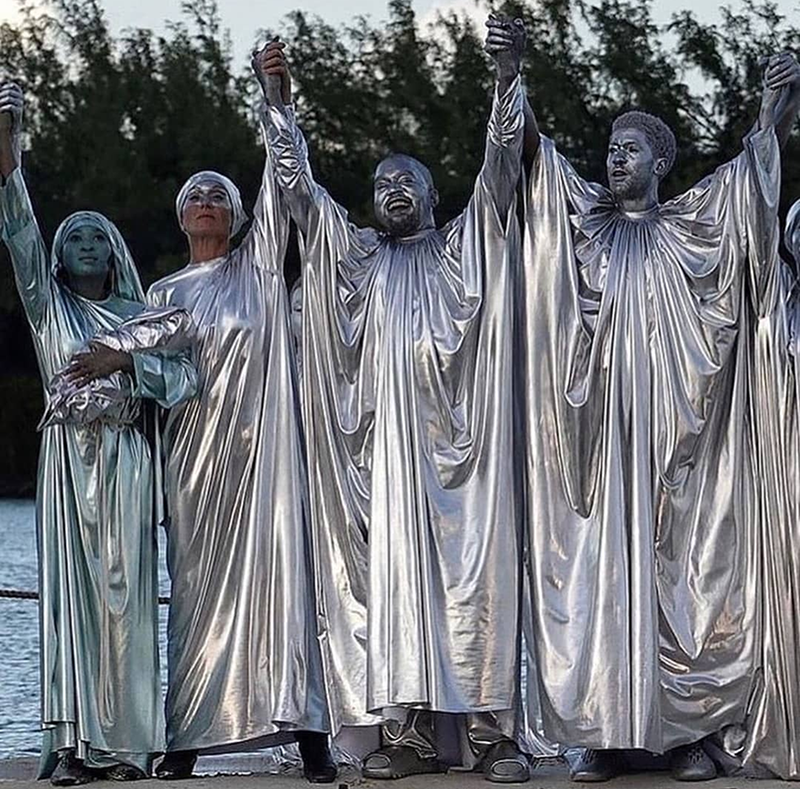 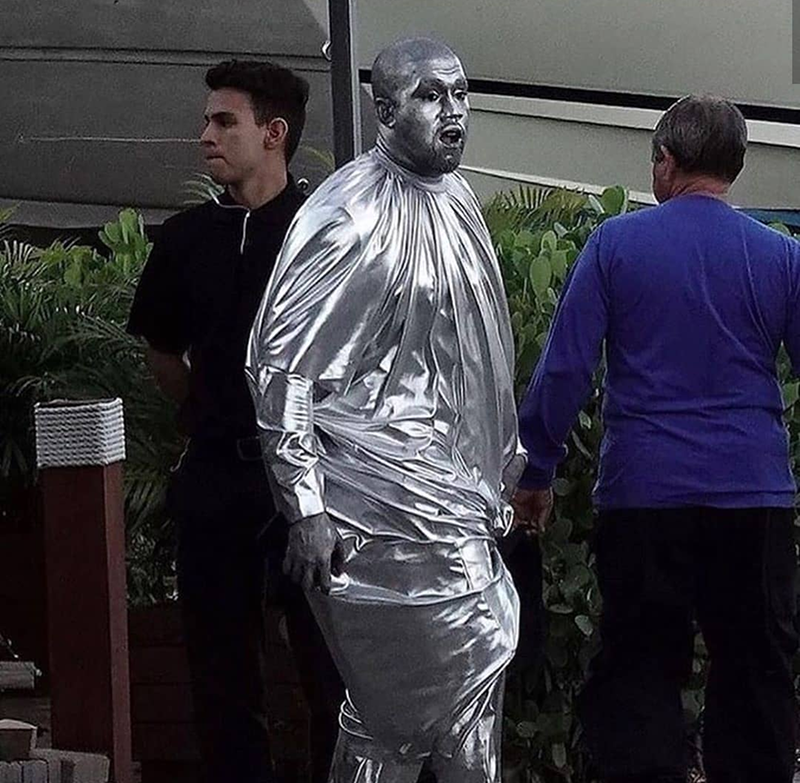 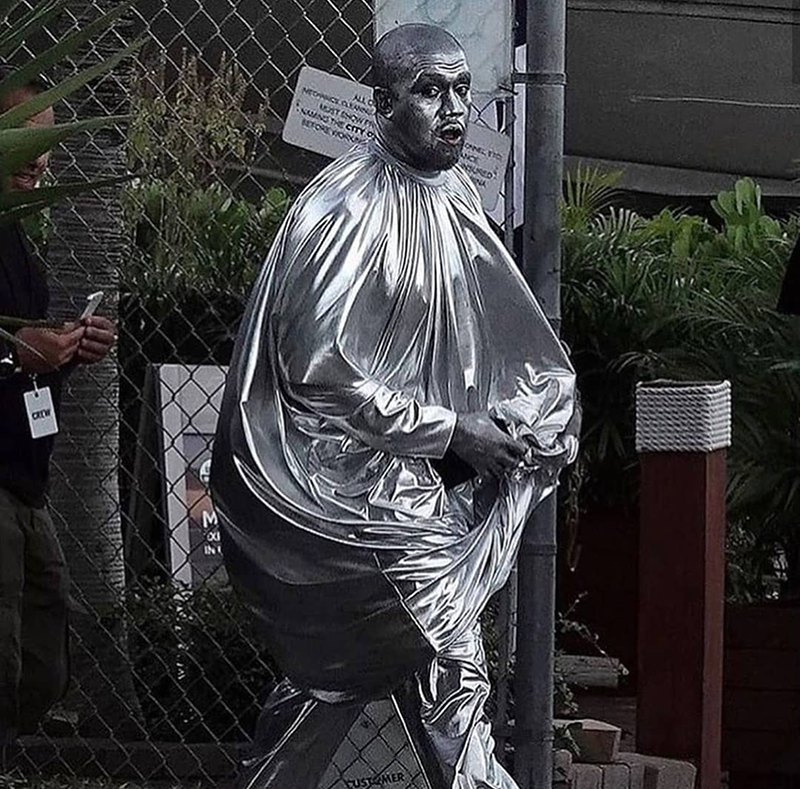 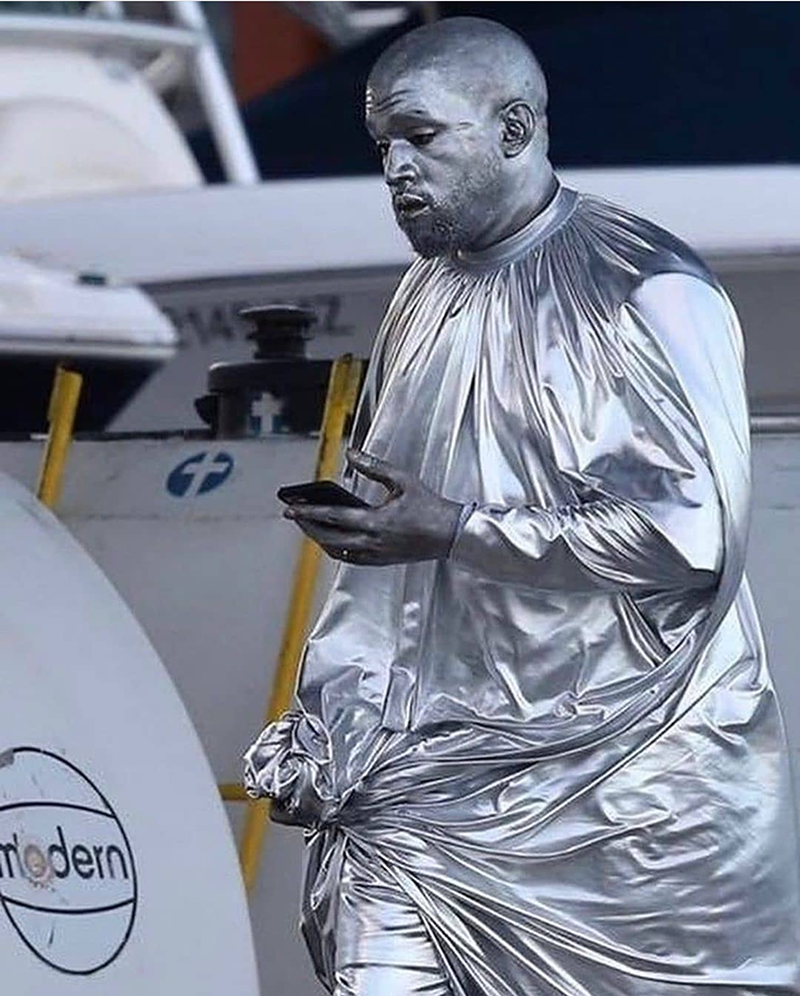 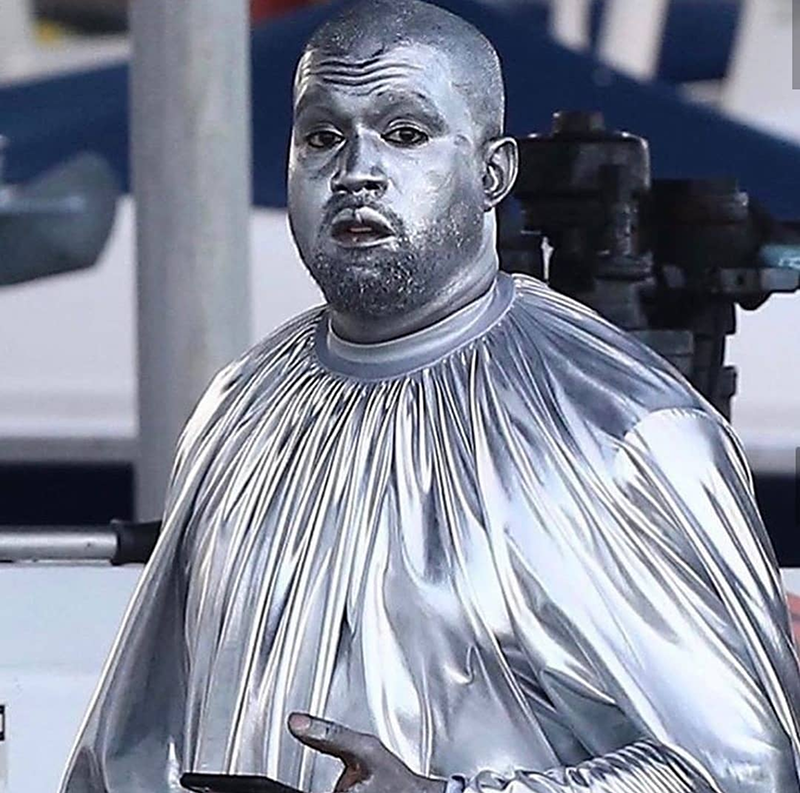