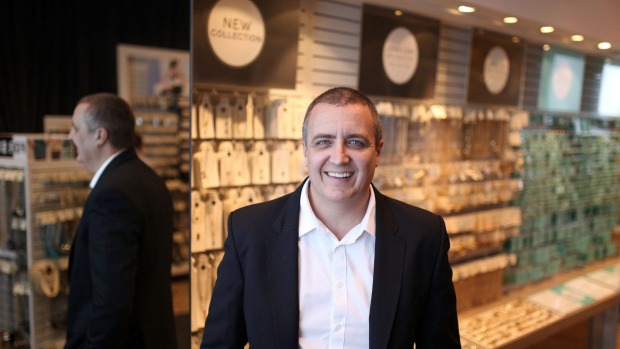 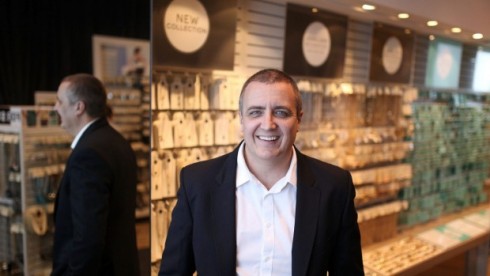 Lovisa boss Shane Fallscheer says the purchase of 21 stores in South Africa will make the company the biggest fashion jewellery chain in the country. Anu Kumar

The acquisition, due to be completed on April 1, subject to approval by the Reserve Bank of South Africa, steps up Lovisa’s growth strategy of opening new stores in overseas markets.

The deal will boost the number of Lovisa stores open by June 2015 to 244, compared with prospectus forecasts of 225 and 220 at the time of the company’s $210 million initial public offer in December.

The South African stores sell a range of fashion accessories and are similar in size to Lovisa’s existing 50-square metre stores in South Africa, Australia, New Zealand, Asia and the Middle East.

“We are very excited by this transaction as it quickly takes us beyond 30 stores in South Africa, positioning us as the largest fashion jewellery retailer in South Africa and giving us a national footprint of stores in what is one of our most successful markets,” said Lovisa chief executive Shane Fallscheer.

“This places Lovisa well ahead of our growth forecasts and enables us to continue to look for opportunities in South Africa whilst moving our focus to other growth markets, both company-owned and franchised,” he said.

South Africa has been a happy hunting ground for several Australian clothing and accessories retailers, including Country Road and the Cotton On Group.

The new stores are expected to contribute earnings before interest and tax of $1.75 million in 2016 and there will be no tax payable on these earnings due to accumulated tax losses of $850,000.

Most of the new stores will be rebranded and refitted soon after the acquisition, but about five stores that cross over Lovisa’s existing stores will be closed.

Lovisa will pay $2 million upfront and another $250,000 in 12 months, funded from loan facilities.

The company, which raised $110 million in the IPO, reaffirmed its full-year prospectus forecasts last month after stronger-than-expected trading in the December half.

Lovisa designs, develops, sources and sells all of its Lovisa branded products.

The shares were trading at $2.40 on Thursday morning, ahead of their $2 issue price.

Mr Blundy’s BB Retail Capital has retained a 41 per cent stake in Lovisa after the IPO.

Story by Sue Mitchel For afr.com