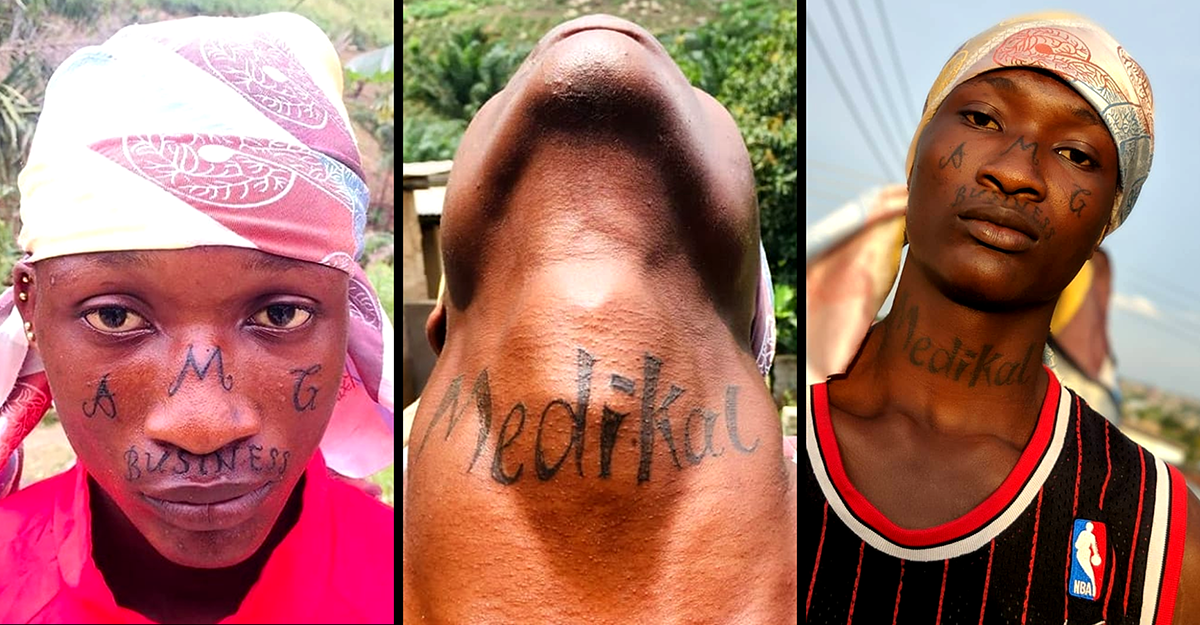 Tattoos are not so common or popular in Ghana. They had a short lived moments sometime from 2017-18 but have since then died out. Usually ladies with hearts or some obscure symbols and so forth.

In fact Ghana hasn’t reached the stage where lovers tattoo each other’s name to their bodies because ladies and guys are too smart to put such faith in each other….just in case! However, on the otherhand one guy in Ghana disputes this character as he has tatted rapper medikal on both his neck and his face.

In this midst of Ghanaians confusing celebrities to familiar faces we were reluctant to put this on blast as we can be sure some blogs and events might further the success of a man who would do such a thing, but for the most part it did raise questions if it is safe to put such loyalty into your favorite brands.

Even Fella Makafui hasn’t yet tatted Medikal to her body yet. We doubt even Samuel Adu Frimpong has tatted the name Medikal to his body. What if he quits rap and stops being Medikal tomorrow, what is the way forward for his over enthusiastic fan, as known on social media as ‘Skinpussi’. In fact, it was only a week ago he publized meeting with Medikal and collecting money from him in a post with the caption ‘Dream come tru🔥🔥👑❤️’

We, see images of the young man below. 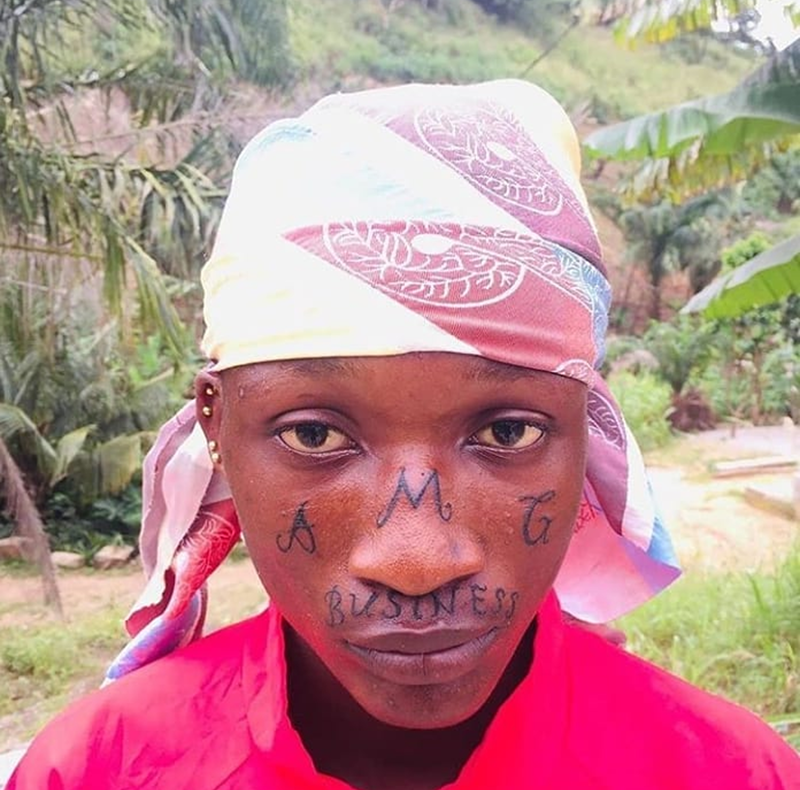 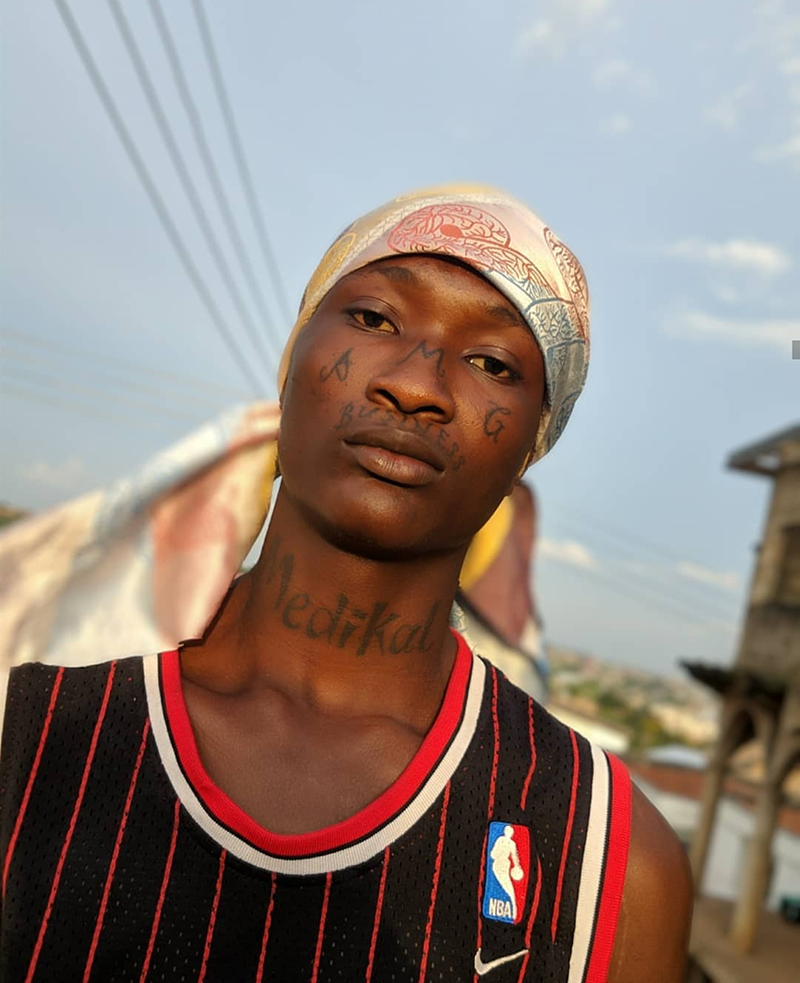 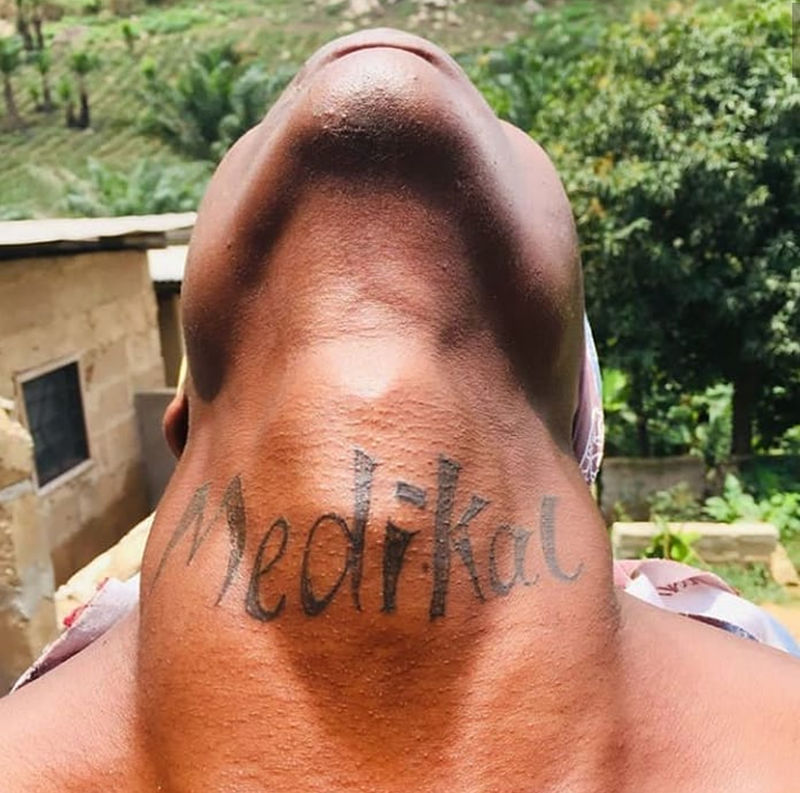