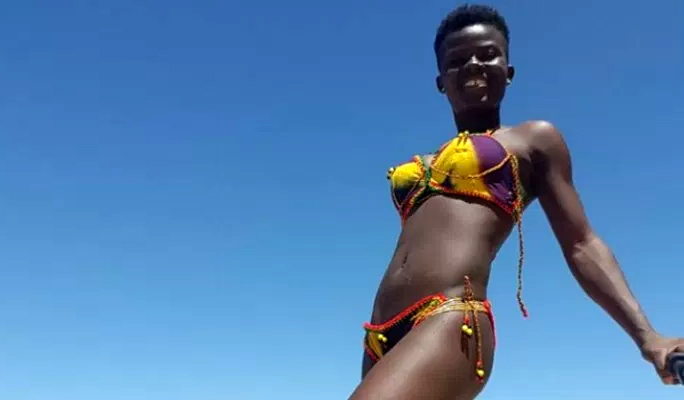 Although she admits she has a ‘kankpe’ body, she never feels shy to ‘flaunt’ when necessary and has not been bothered about any comment which may seem to mock her.

On a number of occasions, Wiyaala has shared photos of herself at beaches in her bikinis but it appears the latest one, taken at a beach in Plettenburg Bay, South Africa has attracted folks and they really want to rock her body!

According to Wiyaala who appeared on Hitz FM’s Daybreak Hitz Friday, she has received a lot of proposals from guys after the pictures were circulated on social media platforms.

“After the bikini photos, there has been a hot demand. The applications are coming,” she said humorously while telling her radio boyfriend and host of the show, KMJ to hurry and pay her bride price or lose her forever.

See the image below.