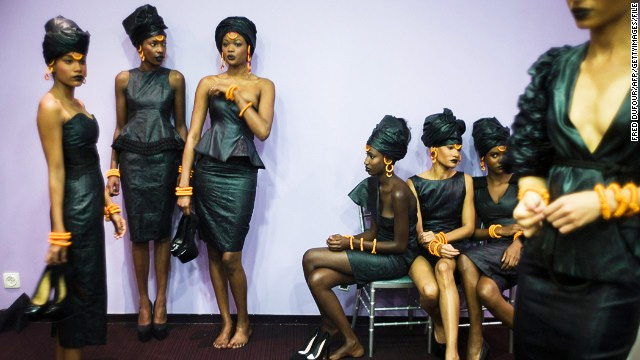 Here is a well written popular article by Vanessa Helmer for modelscouts.com.

Although it might not apply in every term as to how models live and are financed in Ghana, it is a very necessary read not only for models, but for the agencies as well whom are working in ways they have been questioned. It is also a very important read because many models in Africa are dying to model abroad. In fact the pinacle of success for an African models is to model any where outside of Africa with the exception of South Africa.

What many refuse to understand is that in 2016, models as a whole are just barely surviving which I wish to further document in an article to be published later. And that maybe looking to the west might not be the ultimate goal. Despite that more opportunities may exist abroad, The #BlackModelsMatter hashtag by African American models should be an indication that life as a black model in the west might not be as lucrative as one may assume. However despite how long it is, do carefully read below the article from modelscout.com.

Expenses are an area that seem to create the most confusion and misunderstandings between new models and agencies.

Modeling agencies often hear new models say “Well, if you liked me you would pay for everything”. Unfortunately, the hype surrounding modeling agencies paying for expenses is grossly exaggerated and often wishful thinking on the part of new models who don’t understand how the modeling industry really works.

If You Like Me You’d Pay For Everything – NOPE!

We understand that models have been told “don’t pay an agency to represent you” or “don’t pay for a booking” – that is true. But that is much different from investing in your own basic start-up costs that don’t involve the agency, such as photoshoots, website profiles, composite cards, etc. These are services you need from outside sources such as photographers, scouting services, web developers, stylists, printers, etc.

Agencies that were willing to finance the careers of new models were much more prevalent in the 1980’s (the Supermodel era) than they are today. In the ’80’s the modeling industry was booming, many of the top New York modeling agencies such as Ford Models, Wilhelmina, Next, Elite Models, IMG Models, etc. were new and building their rosters; clients were paying huge fees for models; Linda Evangelista “wouldn’t get out of bed for less than $10,000.00 a day” and competition between modeling agencies was fierce. Well, those days are all but over.

Agencies May Advance But Never Finance

Modeling agencies soon learned that financing the careers of new models was more costly than profitable. Many agencies lost hundreds of thousands of dollars each year when new models were unable to fulfill their obligations for a variety of reasons that were of no fault of the agency. Young models may have found they couldn’t handle the stress, they didn’t like being away from home, their looks changed, they were difficult to work with, or any number of reasons that would send a new model packing and the agency holding the bill.

Today, many agencies expect to be repaid for advances even if the model does not work. Some agencies have gone as far as taking legal action against models who have outstanding debts. These days over 90% of models working with top agencies in New York, Los Angeles, Miami, Paris, London, Milan, etc. did not have their initial expenses advanced and they worked long and hard to get where they are.

Please don’t make the mistake of telling an agent to pay for your expenses. Agents consider this extremely rude, presumptuous and unprofessional and it is a sure fire way to make the agent show you the door. If an agent is willing to help you financially they will offer it. Keep in mind this is extremely rare and is generally offered only by large agencies in markets such as New York, Paris or Milan and they will deduct what you owe them the moment you book a job.

As a fashion model you are a self-employed, independent contractor. You are considered a sole proprietor in your own small business, you are not an employee of the agency.

In addition to basic start-up costs, professional models, including those represented by top agencies such as Ford Models, Elite Models, New York Models, Marilyn Agency and Q Models are required to cover all of their own promotional expenses such as composite cards, website profile, agency books, headsheets, couriers, etc. These promotional expenses can run anywhere from $500 – $1200 per year to post photos on the agency website, $1,500 – $2,500 per year for composite cards, in addition to couriers, postage, working visa’s, legal and accounting fees. Professional models understand that this is simply the cost of doing business and it is standard in the industry for the model to cover these promotional expenses.

I believe that the big agencies in New York, Paris, Milan and other major markets are somewhat to blame for perpetuating the myth that everything should be free for a new model when they themselves don’t live by that adage. This way of thinking is a hold-over from the 80’s supermodel era when agencies were building their rosters and were very competitive. If the agency offered to finance the start-up costs they would be more likely to win the model over their competitors. Big agencies no longer need to finance new models, and in this current economy experienced models that used to get their airline tickets and accommodations advanced are being asked to cover those expenses upfront. I’m not saying it’s not possible to get advances and a good mother agency can help negotiate this for you, just don’t expect it.

You Need Exposure to as Many Agents as Possible

The more agents that see you the better your chances are that you’ll be signed and work as a professional model. So, how are you going to do that? If you are waiting for an agent to find you on the street or find you on social media sites you are going to be waiting a very long time. Successful models are not passive, they are aggressively promoting themselves to as many agents and markets as they can and in the most efficient ways.

For much of my 30 years as an agent there was no internet and the only way to promote my models to international agencies was to make multiple copies of their photos, create “mini-books”, and then mail or FedEx their photos to numerous agencies. The cost of the photos, copies, mailing, FedEx, etc. would easily add up to hundreds if not thousands of dollars that the model was expected to cover. Thankfully, the internet makes this much easier and faster.

Don’t Pass Up Opportunities Over a Few Dollars

Marketing yourself is the most important part of having a successful modeling career and thanks to the internet what used to be very time consuming and costly is now faster, more efficient and affordable. Whether, you create your profile and get exposure through our network of international model agents and scouts, or you are working with a local agency there are going to be a few start-up costs. It’s much like starting a hobby or a sport that you hope will turn into a career. If you think you have what it takes to be a hockey or baseball star then you need to buy the equipment to play the game, modeling is much the same, you need the equipment to play the game.

I’ve seen thousands of aspiring models throughout my career who’ve had real potential to be stars, but were so ridged in their thinking and stuck in half-truths and misinformation that they never fulfilled their true potential. Maybe it was really a fear of success holding them back and they were using the small financial investment as an excuse – I’ll never know. But remember, you will always make a few hundred bucks back but you will never be able to get back the opportunity of a lifetime if you let it slip by.