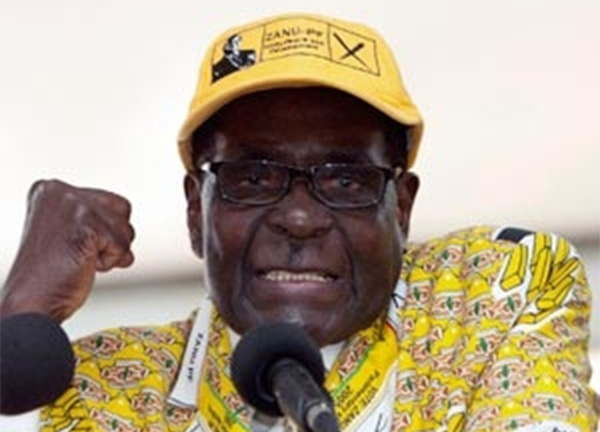 Some of you may not know, but Mugabe is actually a fashion brand in Zimbabwe that seems to have proven quite successful as we documented back in March 2013 here. However, there is a new cap in town celebration his 92nd birthday and it’s not by Mugabes label.

According to a report in Zimbabwe’s private Newsday paper. James Pande, the head of Zimbabwe’s RGM fashion label, is selling his line across the Limpopo and You can buy cap to mark Zimbabwean President Robert Mugabe’s 92nd birthday in South Africa now.

His Facebook page shows the latest caps for those wanting to proclaim their support for Mugabe, whose birthday is on Sunday. It’s black and white, with “RGM” and “92” embroidered on the front in heavy capitals.

Pande’s label first gained attention in 2013 when his trademark “Hovhorosi-style” overalls changed the way many urban youths thought about fashion and the ruling Zanu-PF.

Embroidered with Mugabe’s looping signature and in a range of eye-popping colours, they were snapped up by the young and trendy who would never previously have been seen dead in a Mugabe-printed “zambia” (wraparound skirt).

Since then, fashionistas loyal to the longtime president have outdone each other in updating the Mugabe fashion theme: some very attractive green Zanu-PF shoes were seen at a ruling party conference in 2014, for example.

Pande’s Facebook page shows him posing in khaki-coloured Mugabe overalls and in a camouflage T-shirt emblazoned with the word “President”. Pande, who is reportedly based in South Africa, told Newsday he had had an “encouraging” response to his products from South Africans. It was not immediately clear where they were being sold from.