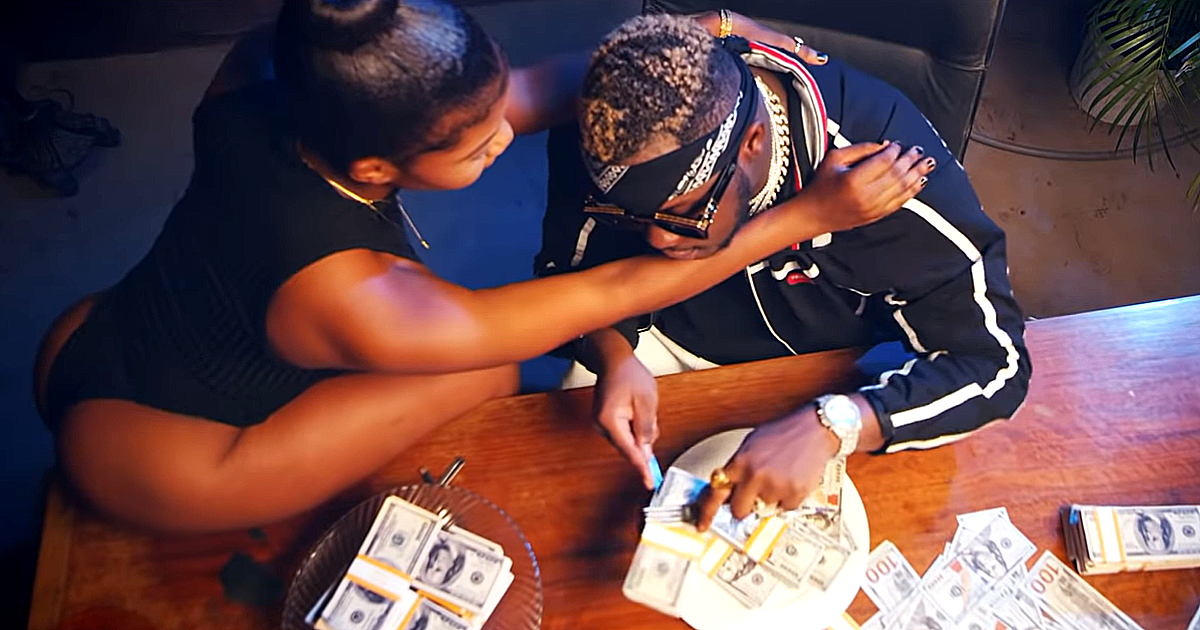 MUSIC VID: Medikal’s Latest Video Calls Out & Shuts Down Everyone Talking Negative About Him & His Wife Fella Makafui

Medikal just released a diss song calling out most celebrities that have spoken ill about him and his wife Fella Makafui. Most expected to hear a reply towards Eno Barony who called him out for writing lyrics for her lyrical rival Sister Afia. Unfortunately, he took a different turn.

Medikal in the song called out Akuapem Coroo (Akuapem Poloo) as a cheap ‘ashwobrity’, who is constantly selling her body for some chicken change.

The “Omo Ada” hitmaker also mentioned the Benz he recently gifted his wife as a huge reason why all the slay queens who are fond of always picking uber, especially Akuapem Poloo should stop disrespecting her.

The MC was seen swagged out in black hoodie top, as well as a fringed sleeve jacket with the usual unique trend style he wears his scarf.

Check out the song below