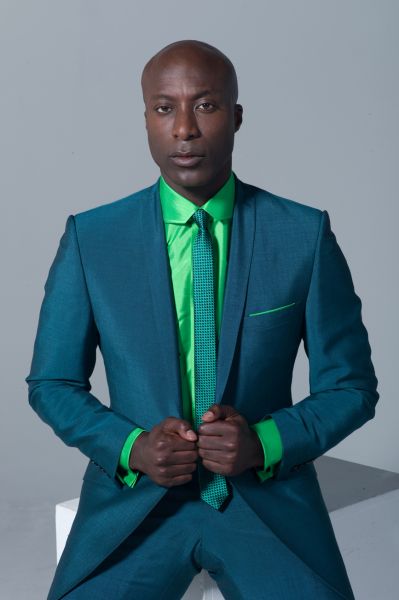 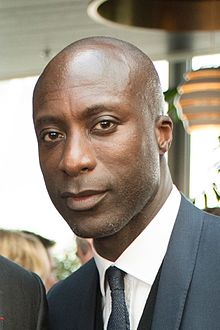 Ozwald Boateng is known for his classic British bespoke tailoring for men. This was put on display at the Arise Fashion Week, held at the Intercontinental Hotel, Victoria Island, Lagos last weekend. The event also afforded him the right opportunity to showcase the first collection of his women line, which was a creative departure for him. His daughter inspired him to create the women’s line. His presentation ended the show on the second night and left the audience wowed and wanting more. So when word went out he would showcase a special collection of his new women’s line, many people eagerly waited for up to 30 minutes for the show. When it started he first showed a documentary on fashion and Africanism. On the sidelines of the show, Boateng, a Ghanaian based in Britain, told Sunday Sun he found Nigerian models spectacular and fantastic. The photoshoot for his Look book, held at the venue of the fashion week left no one in doubt of the expertise of his team.

In the past couple of years I don’t recall you taking part in many major shows?

I stayed away for a number of reasons. I have been so much focused on my creative work. I have been looking for the best way to express my creations. Three years ago, my daughter seriously expressed interest in fashion. She’s now 18. She was 14 at the time. She had a major accident and I’m very fortunate that she’s alive today. A car knocked her down, and her femur was broken. She did a major operation and had no hope of walking again. It was so significant. I said to her that she would have a full recovery. It took over a year and three months before she recovered and she said she would do women clothes and I have always had the demand to do that.

After making my decision, I was developing bigger concepts on African development; I’m so passionate about that. I decided that I would do a collection, which goes beyond the clothes by the way of thinking. Which is why the show is called Africanism. Africanism is the new way of thinking. Africa is underdeveloped; we can define where our future can be. It is a combination of what happened to my daughter and me wanting to project African culture in a particular way. And when the opportunity came to participate in the Arise Fashion Show, I thought this would be the best place to launch the collection. I can do it in New York, in Paris, in London but for my authentic point of view, I felt identity with a line is very important, and I think being African launching an African concept from here was a Godsend opportunity and I just jumped at the moment. I decided only a week, maybe two weeks prior to today to even do the show. So I put everything you saw on the runway together in two weeks. If I tell you what we put together in two weeks you will be shocked.

Obviously, I’m experienced, I know how to do this and in truth I’m 50 per cent short of what the whole is and there’s a lot more I want to communicate. But you know the big thing for me is that the African culture is more than just the clothes, the meaning behind is always deep to me. That was why I presented the collection right from the beginning in a way that would allow the audience to understand. Of course, I have had a big career, I have done a lot of things, it’s interesting; someone I have known for a very long time, who knows my work and who has been to my shows, said something to me that is quite profound.

He said: “It’s really strange because I know your work, I know you’re really in charge of what you do, but somehow I almost forgot what you do.” And I was interested when he said that. He continued: “What you showed me yesterday was something completely new again, and I didn’t think that was possible.” To me, inspiring people with my work is the key; I’m so fond of doing that. If not it doesn’t make sense to me. But to have a huge effect in the fashion industry is something hard to do.

Did you always want to have a women’s line or was doing the line triggered by your daughter’s accident?

I always going to do it but I wanted to cement my full men’s expression and then the accident my daughter had made me rethink the timing. She also had the desire to model, which was also challenging to me. I didn’t come from downtown; I’m an African father! (Laughs). I don’t want to go into all the details now but I spent all that money on her education. She sure knows how to do things. We try to do stuffs together. She had a very strong point that surprised me. The way it works, I’m a deep spiritual individual, the thing is, sometimes you just know when it turns out right and we need to go.

What do you mean that you’re a deep spiritual person?

I pray before my show. I do that always.

How do you get inspired?

I base my creativity on how I feel.

How did it start for you, were your parents into fashion business too?

No. My mum used to make clothes in the house. A few years ago, may be six years ago, a journalist was interviewing my mum. She hasn’t done many interviews but she’s done a couple. The journalist asked her, if there was any fashion or tailor in the family? She said yes, yes, that my father used to be a tailor. I turned around and looked at her, I worked for it, and do you think that is relevant information. (Laughs)

Being of Ghanaian origin, have you held any show in Ghana?

Yes. I have done two fashion shows in Ghana. I did one in 1990, Achi, which was my first fashion show. You just reminded me this. I did a big fashion show for 54 African presidents in 2006/2007 in Ghana. When John Kufour was the president. He asked me to do something to mark Ghana’s 50 Years of Independence, so I did a fashion show. All the African presidents were there. Ghadaffi and all the leaders were there. That gave me independence. I used the platform to communicate to the leaders about what I feel they could do. I used my designs to do that.

Did you grow up in Ghana?

No, I was born in London.

In this collection, the message was different…

If you look at the pant I’m wearing and the shirt I design a range of fabric for Vlisco. I took the Vlisco design and tried to push it across fabrics that you won’t see African designs in. That is what I’m doing. I’m pushing the boundary of what you think is African. So Africanism signifies anything, a chair, a building, anything. That is the point. We don’t have enough of that actually. I have decided I’m going to make that my mission.  That is my new thing. Changing the concept of the suit to a modern traditional perspective. I want to Africanize everything.