Ghanaian Claims Artists Amoako Boafo Sold Painting Of Him To DIOR Without His Consent; Threatens To Take Action 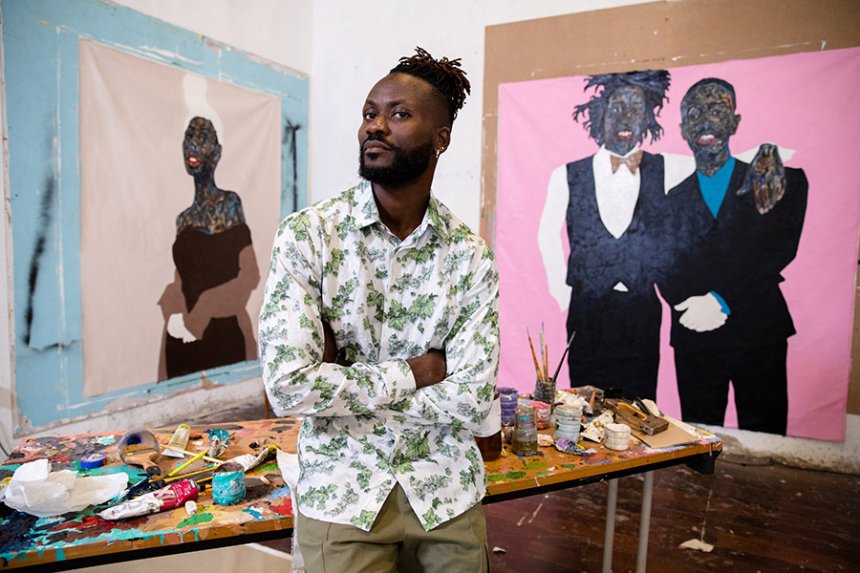 Who Is Amoako Boafo?

Amoako Boafo was born in Accra, Ghana in 1984. He studied art at the Ghanatt College of Art and Design before following artist and curator Sunanda Mesquita, now his wife, to Vienna in 2014.

Amoako Boafo’s luminous portraits make and hold space for Black joy, subjectivity, and self-determination. The artist highlights his subjects’ complexity with his own tender touch; he uses his fingers to paint their unique gazes, poses, and dress.

He is Ghana’s latest rags-to-riches story, who started his painting career with humble beginnings until he got his big break after collaborating with DIOR for their Spring/Summer 2021 men’s collection as you can read below.

VIDEO: Meet The Ghanaian Artist Amoako Boafo Who Inspired & Collaborated With DIOR For Their Latest Collection

In a long internet rant by Nana Wiafe on instagram, Nana claims he was painted and his face sold to DIOR for commercial by Amoako without his consent in the image below. 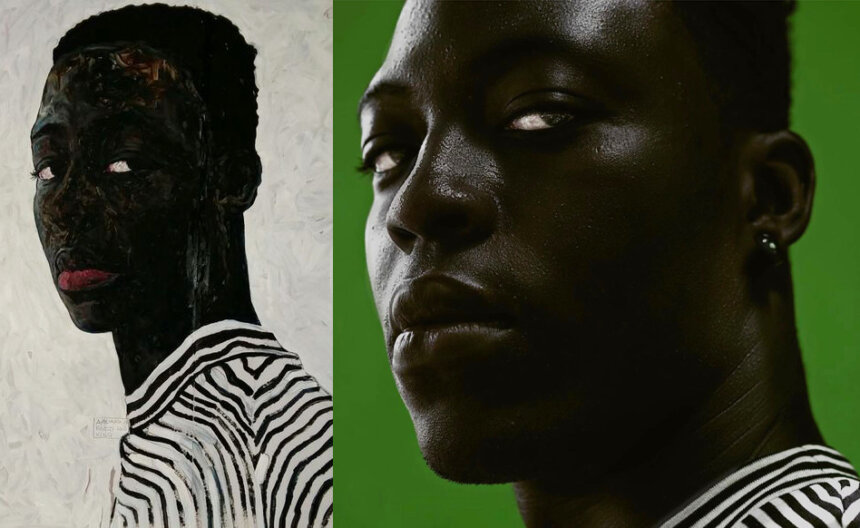 Nana expressed his indignant views against that artists by stating in the caption “I’m outraged and totally disgusted by artist like @amoakoboafo who’s here exploiting and taking advantage of young fellow artist and turning around to tell the world he’s helping us , that he is celebrating our blackness only to turn around and exploit us .” 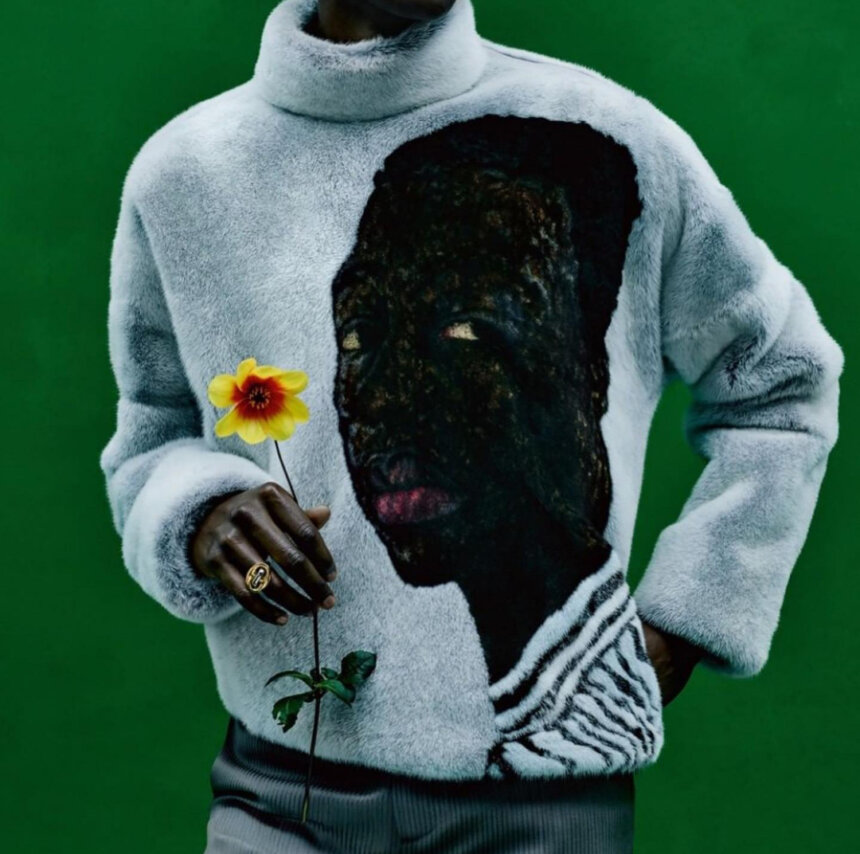 He then centered his focus towards DIOR, the international brand that used his face on their shirt, and continued “it’s totally unacceptable and deeply disturbing that a brand like @dior will go ahead and use my image in its collection without my prior notice and consent and even more disturbing that a fellow artist will aid in this exploitation.”

He continued to emphasize on the fact that DIOR is here to exploit Africans stating the collection “is nothing but a complete exploitation at its worst by a corporation that is constantly exploiting Native people for-profit and commercial gain without compensating for the use of such works.”

Some Are Not Buying His Arguement

Nana claims he was painted and his face sold commercially to DIOR by Amoako without his consent but to some, the rant seemed a bit airy and vague. The notion that it took him over a year since the collection was outdoors to express this, especially after appearing in the promotion video (below) about the making of the collection, is something to think about leaves a lot of gaps in his argument.

It most likely could be a case of unsigned contracts and verbal agreements, or expectations based on relationships that went wrong. It is very common associates work together, and when one’s career takes off so suddenly, the other begins to expect more than promised or agreed upon.

Nana Wiafe in his public rant vowed to take action against DIOR, whom never used his image. Concluding his rant with. “as an artist that take pride in my work i won’t allow anyone to use my work in such a disrespectful manner and will fight this bullshit !”

But the reality of the matter is, according to the US and European law as stated on Artsy.net which may or may “An artist may make a work of art that includes a recognizable likeness of a person without her or his written consent and sell at least a limited number of copies thereof without violating” his or her right of publicity. So unfortunately this debacle ends here, unless DIOR and Amaoko simply decide to compensate him out of their own will.

People React To His Attacks On Amoako Boafo

Nana Wiafe who has worked with many Ghanaian creatives has managed to build a host of networks, links, and friends alike, who sympathized with him or advised him to sue. On the other hand, some made it their obligation to speak out against him. Here are some of his critics below. 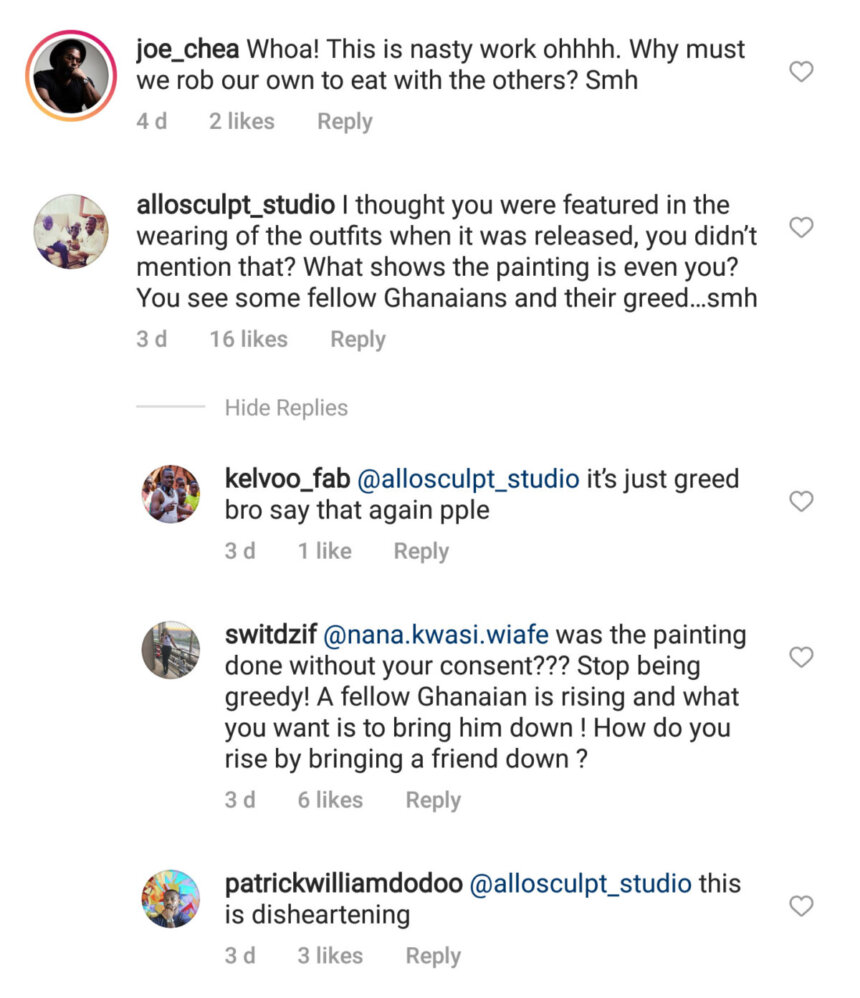 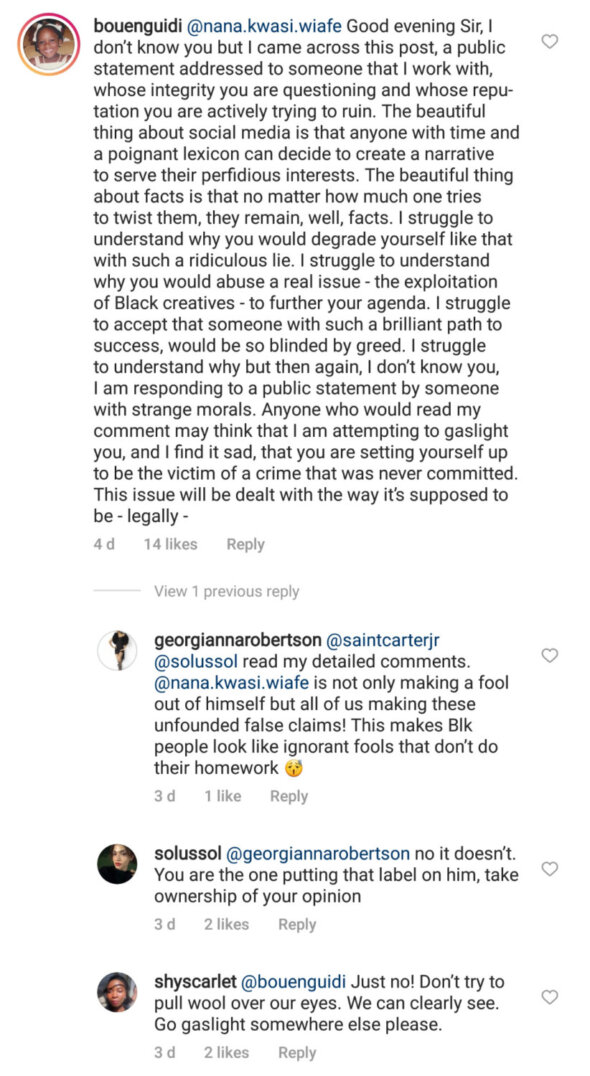 Amoako does have more paintings of Nana Wiafe, which weren’t used for DIOR. One of which is being sold on Christies.com for a whopping $162,500. That would roughly be 980,000ghana cedis, just a little under a million. And there is a strong chance Wiafe is not getting profit from it. 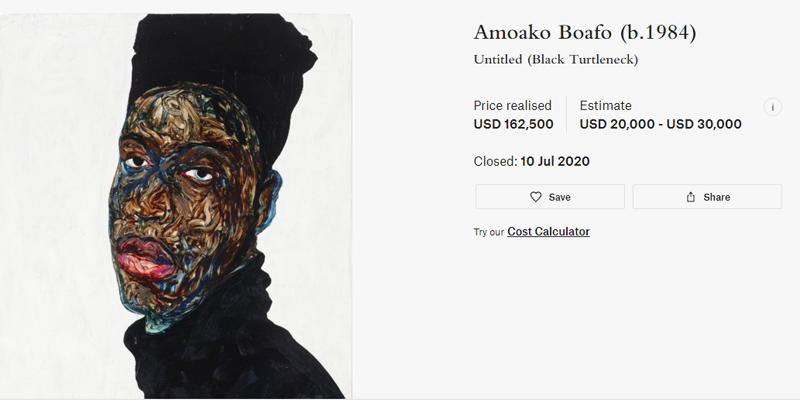 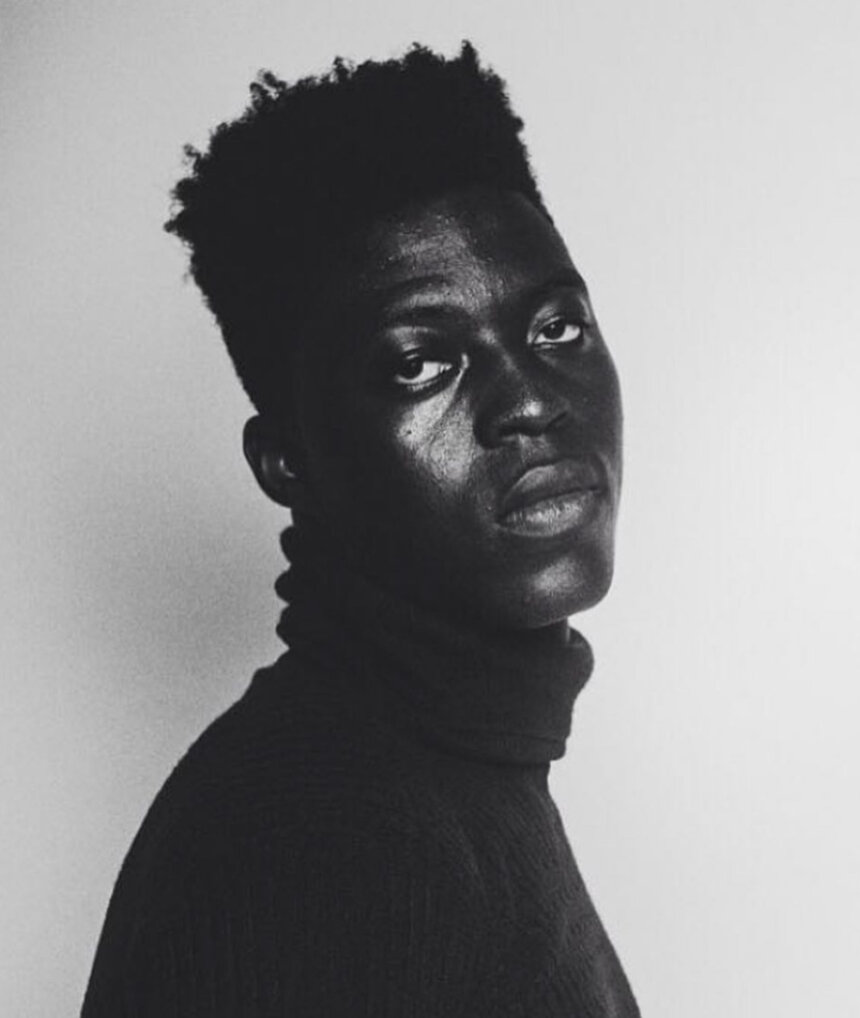