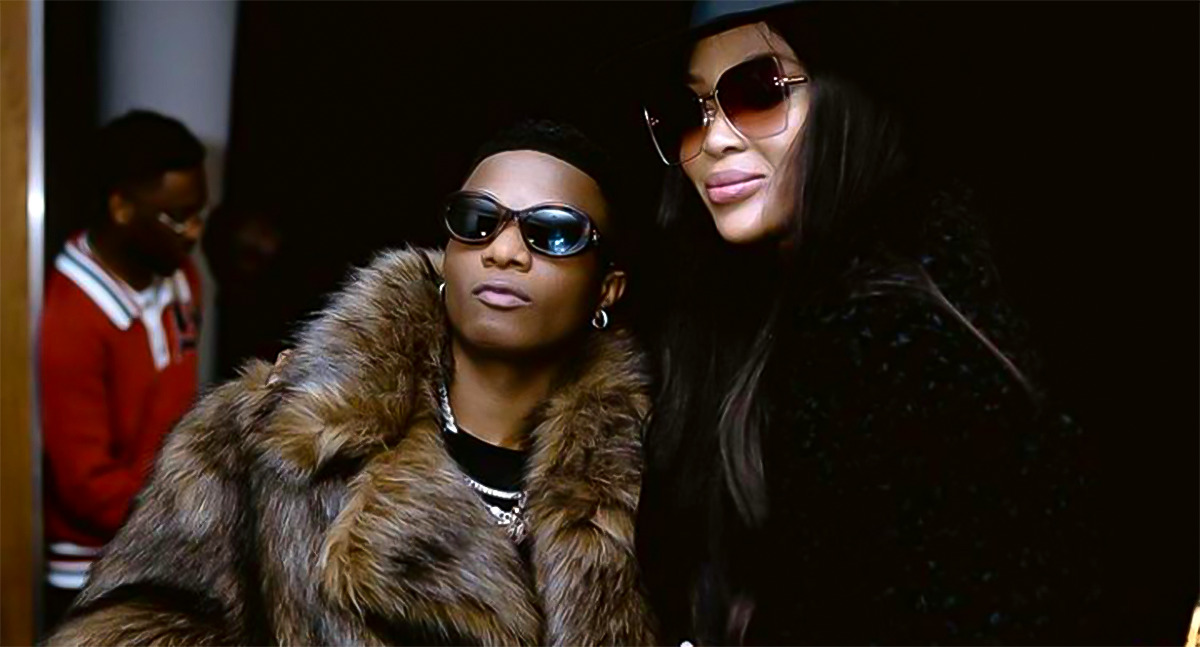 The 2022 Annual Grammy Awards ceremony was held at the MGM Grand Garden Arena in Las Vegas on April 3, 2022 and was marked as the 64th edition. It recognized the best recordings, compositions, and artists of the eligibility year, running from September 1, 2020, to September 30, 2021. 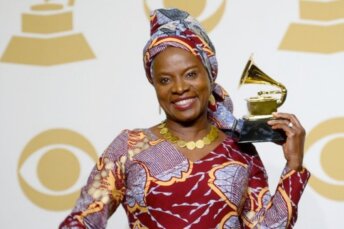 Amongst many of the categories was the best Global Music Album category which hosted Wizkids ‘Made In Lagos’, Angelique Kidjo’s ‘Her Mother Nature’, Rocky Dawuni ‘Voice of Bunbon vol.1’ and others. On the night, the award was scooped by Angelique Kidjo, who grabbed her fifth grammy award on the night. But the results didn’t sit clear as the giant Wizkid’s had consistently trended with his latest album.

When Will We Learn

To be clear Grammy awards is another sham awards night run by Europeans that decide winners in black culture with many black people and celebrities clinging onto it because we either aren’t prepared to start our own or support the existing ones. So therefore we sit back and whine about the winners and losers decided by people who don’t live our culture in the nightlife, on the radio, or in social gatherings.

Hence why all around the black world, everyone is puzzled why Angelique Kidjo grabbed the award for the Best Global Music Album. This is not to say the album isn’t good, it is to say the majority of black people are unaware this album even existed and most of us don’t even know one song off of it.

There could be a high chance that in some parts of the Western world, her music was successful, but with black music so integrated into pop culture, that still makes it hard to believe. And with the uncertainty, most just took the results to the chin.

But Not Naomi Campbell, She Spoke Out

Like many, our beautiful African-British sister Naomi Campbell wasn’t pleased with Wizkid not winning the Best Global Music Album, and voiced her opinion. She took to her Instagram page and posted a series of slides and a caption starting with “To my brother @wizkidayo ,#MadeinLagos was beyond a phenomenal album !! WINNER WITHOUT DOUBT !”

Without jabbing or slamming Angelique Kidjo, the supermodel spoke the minds of many across the world.
“@recordingacademy Once again you choose to be tone deaf to what is going in the universe
Changing World to Global is not Enough.. get up to speed on the state of all popular music
and include Afrobeats Artist of the Year, Song of the
Year, Album of the Year and all the subcategories that this
genre so deserves – just as an other respected and
recognized musical genre.”

See the full message in the image below. 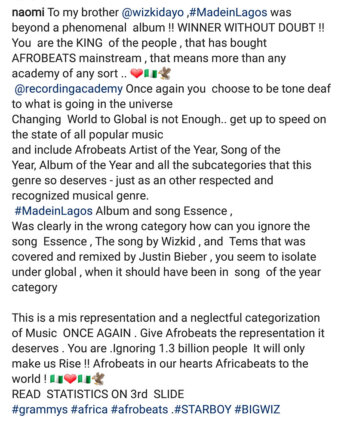 Naomi Campbell and Wizkid have been friends for over a decade now. At one time during Naomi’s acting phase in Empire, it was even rumored the two were dating. 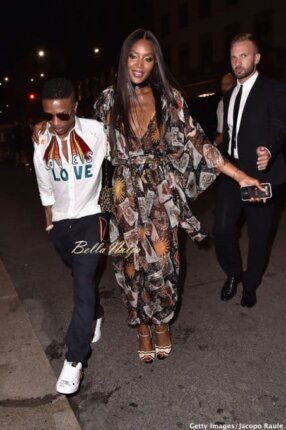 This Is Not About Friendship

Naomi’s reaction didn’t seem to be coming from a personal perspective. In her slide of images, she listed all the accolades of Wizkid’s album made in Lagos, as well as that of his song Essence. None that Angelique Kidjo’s recent songs could compete with. 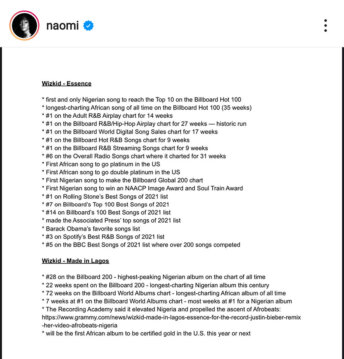 This obviously isn’t a jab to Angelique, no one will want to insult a legend, however, it is a front to the Grammy Awards. But it’s okay, with a little pr we will be back to giving them all our attention.