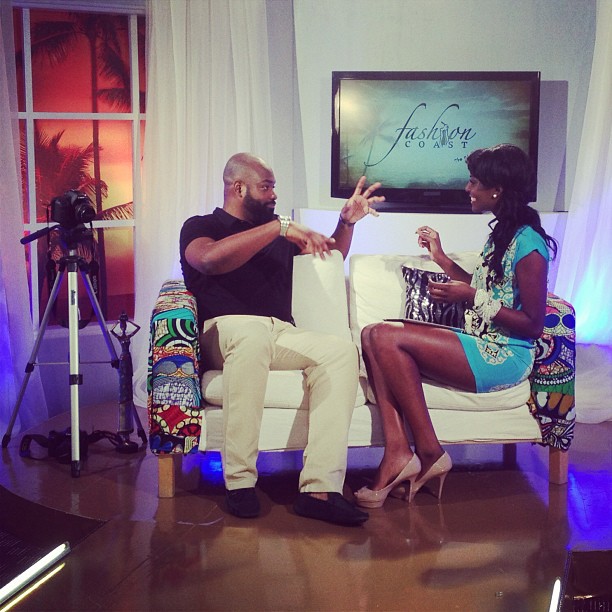 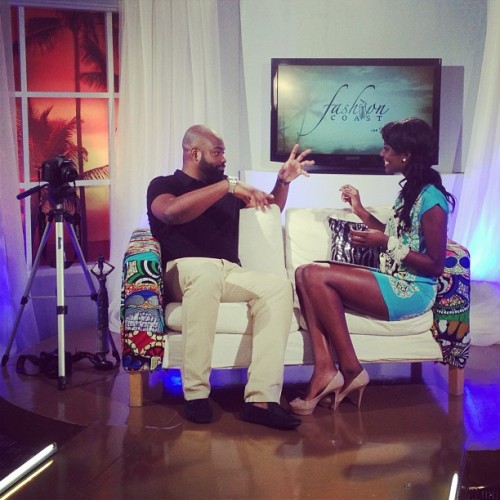 There are already bits going on exposing the new show soon to come on Africa Magic on DSTv called Fashion Coast. Not sure if it’s part of the marketting but there are tweets going on here and there indicating the development of the show even on the first day of filming. Apparantly the show will be hosted by Rachel Williams, a quite successful British model originally from the Caribbean who I’ve always thought could pass for Ghanaian beauty.

There is no current press release out, or none that we have received or seen, except a few tweets and instagram pictures here and there from some fashion circles. Just like Fashion 101 Gh, and FASHIONgh, you can expect couch to couch interviews, beyond this what else is to be expected we do not know. We can also add there will be something going on on a runway as shown by Maksi clothing. All of which indicates filming started yesterday.

It seems like what started with Fashion 101 Gh with Sandra Ankobiah is getting multiplied. Let’s hope these shows bring a different angle and are not duplicates. As we write this there is no telling what other shows could be brewing. We recently announced the launch of FASHIONgh, which was aired for the first time yesterday.

So once upon a time when fashion events took place and the original and possibly only videographers were FashionistaGH, it seems like a revolution in fashion might build in Ghana where camera men may just be pushing people out the way to get that hot shot. Good or bad?….It’s fabulous! May the biggest biceps win.

PS: We have been asked many times if FashionGHANA is on TV or will soon be on. We are not limiting ourselves to blogging online, however we aren’t planning for a TV show. We have been contacted by two stations to feature our work, which we might do from time to time, but as of yet we do not have any intentions to air on TV. We love the blogasphere, our online readers and working on being better at that.