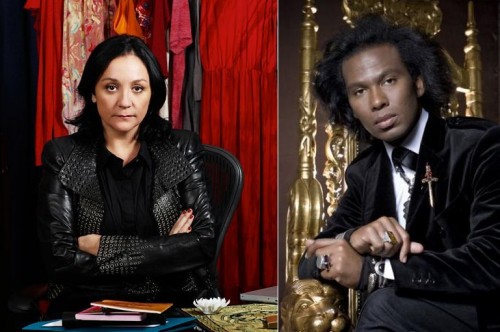 We have been boiling with excitement at the thought of seeing African fashion again at the New York Fashion Week 2013 which begins today. But unfortunately while Africa and the rest of the world was gearing up for a spectacular show, South African designer David Tlale and fashion show producer People’s Revolution, who was producing David’s show, had a falling out.

According to WWD reports, Kelly Cutrone said she resigned from the agreement because her agency wasn’t paid. According to the owner, People’s Revolution was promised a payment of 50% of show fees upon signing and the remaining deposit 48 hours before the show. Apparently as of yesterday, 4th September 2013, Kelly claims she had not been paid any part of the $15,000 fee.

Kelly stated that she told David “if you don’t honor your agreement, you’re no longer in our care.” She also claimed she began e-mailing guests that People’s Revolution was no longer affiliated with the fashion presentation.

When contacted for a response to the allegation, David told people at WWD, “It’s not about me not wanting to pay them. The payments were delayed from my side. They were going to be effective today, but she pulled the plug. She was not willing to wait. We were going to make the entire amount today.”

Never the less, the rockstar still managed to pull through a great show, watch below.