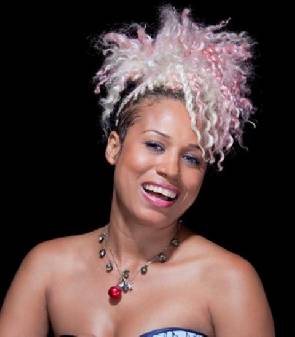 Beatrice ‘Bee’ Arthur has curve a niche for herself on the world fashion stage with her daring and haute couture clothes.

She is a creative thinker, who recently having embarked on a solo career with the label B’Exotic changed the face of fashion and with the added advantage of her Ghanaian and Russian roots, showed the world the fashionistas side of Ghana.

Having represented Ghana at the AfricCollection 2004 and 2010 in Cameroun, at the Malabo Fashion Week 2012 in Equatorial Guinea, at the Dakar Fashion Week 2011 in Senegal, at the Ghana Fashion Weekend 2009, at the KORA Fashion Awards, 2001 in South Africa, and at FESPACO in Burkina Faso, amongst others, she is set for another mantle to represent her country.

She has done so well and her accolades are endless, thus, recently she has been nominated for a Prix D’excellence / Excellence Award at FESMMA 2013.

Also she has been selected to represent Ghana at the Africa Fashion Reception in Paris on 22nd June as well as at Ouaga Fashion Week 2013 on 27th June.

Bee’s brand has gained appraisal all over the world, and few months ago, she revealed to us that she has been able to gain the deserve respect in this fickle world of fashion because she has never imitated anyone.

We want to wish her good luck as she lifts the flag of Ghana high wherever she goes.