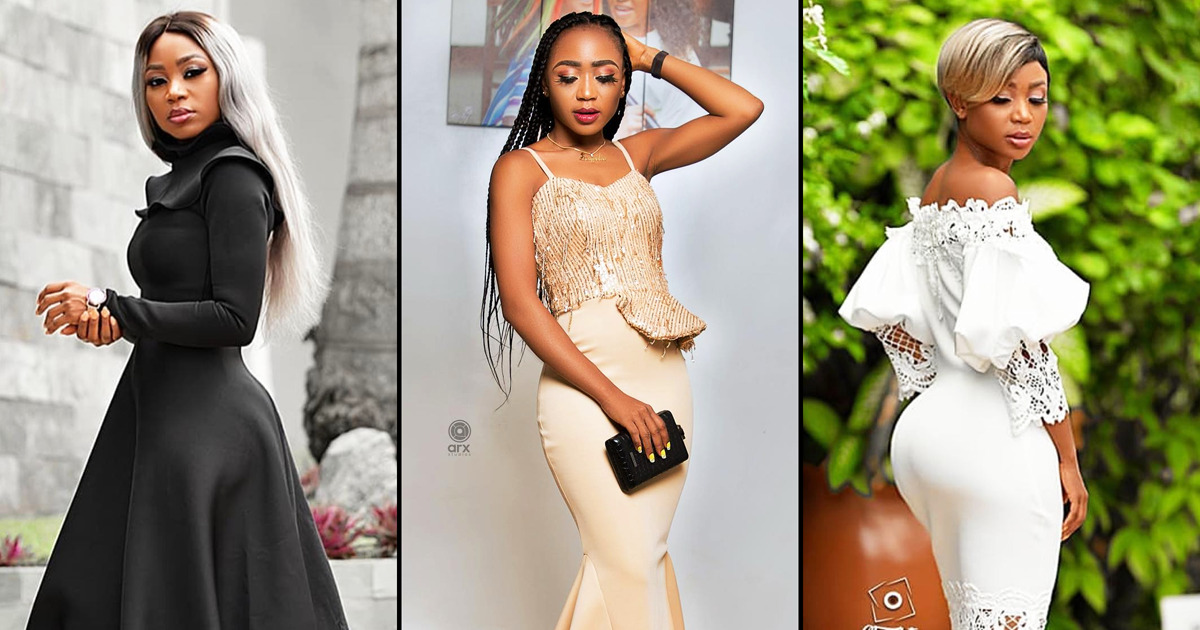 PICS: A New Akuapem Poloo Is Brewing With Images Showing She Is Not What She Used To Be

After coming out publicly to confess how she has changed positively when she met Sarkodie about two weeks ago at musician Donzy Chaka’s twin baby christening, Actress and Video Vixen Rosemond Brown is mostly known in showbiz circle as Akuapem Poloo has indeed proved that she has moved away from her way of going viral. 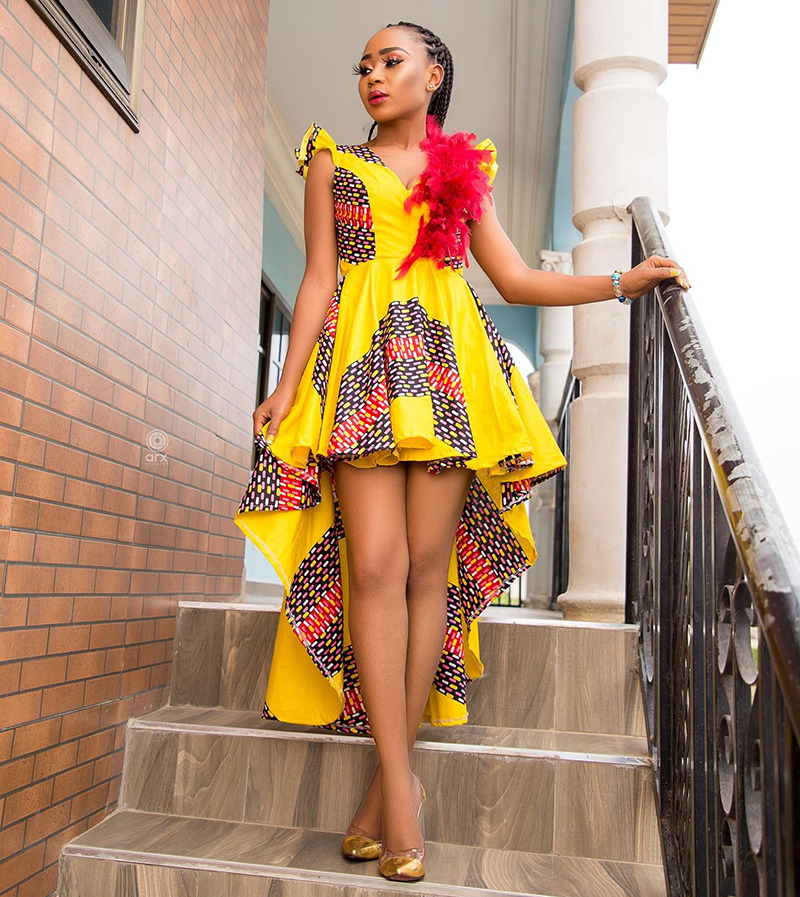 Better known for her half-naked trends, the actress in her latest post wowed her fans when she dropped a gorgeous picture of herself in a black straight dress covering her entire body from neck to toe. This has raised a lot of positive reactions from her followers and some fellow celebrities.

For an uncountable number of times, the actress has received some form of backlashed for exposing herself in half-naked pictures. sometimes if not in her car, her home, then outside hanging out with friends. However this came as a surprise because anytime she dropped a picture on social media, many probably would be expecting to see the sexy Akuapem Poloo.

In the picture sighted by Fashion Ghana, Akuapem Poloo was seen decently poised for the camera in her black attire made from a plain fabric where she complimented it with her gray and black straight hair with a touch of nude makeup. 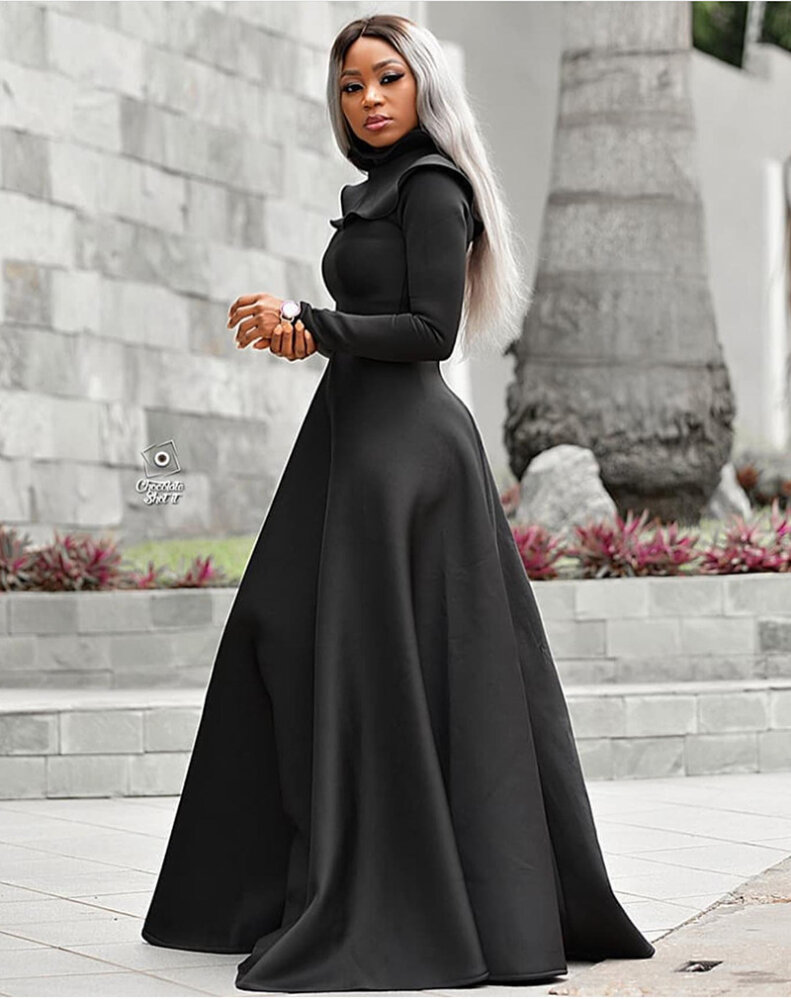 Following her recent post which went viral for a negative reason and might take ages for people to forget when he celebrated her son’s birthday squatting in front of him naked with an emotional message, Akuapem Poloo has come out clean all in the bit of erasing her mistake. No doubt it was not an easy one for her to the extent that, her fellow celebrities shared their displeasure and disappointment in the fact that she involved her seven years old son.

Akuapen Poloo later came out to apologize to the general public for such act and since then, she has been more careful about the kind of things she post on social media. It feels as if she is doing everything possible to clean the mess she created for her brand some months ago.

Akuapem Poloo who has garnered a huge following on social media and cemented her name in the industry as a result of her weird behavior. As one person who doesn’t joke with dancing and leveraging on her twerking skills to trend, she took the opportunity to make name for herself during the Year of Return celebration in 2019 where American Rap Star Cardi B met with some celebrities dubbed ‘Meet and Greet’.

Though the soo called ‘Meet and Greet’ did not turn out well for some of the celebrities, Akuapen Poloo turned the table around when she finally met with Cardi B at the Kempinski Hotel in Accra.

Whiles a section of the public vehemently criticized Akuapem Poloo for showing her dance prowess and acting ‘crazy’, the actress’s decision to twerk and roll on the floor has put her on a pedestal many never envisaged. Yes, there is no doubt there is still some twerk left in her that she needs to shake up, for example as she is spotted here with MzVee.

But it will all soon come to past, especially when her son begins to understand and learn more, and the well polished Akuapem Poloo might manifest more. See her stun below. 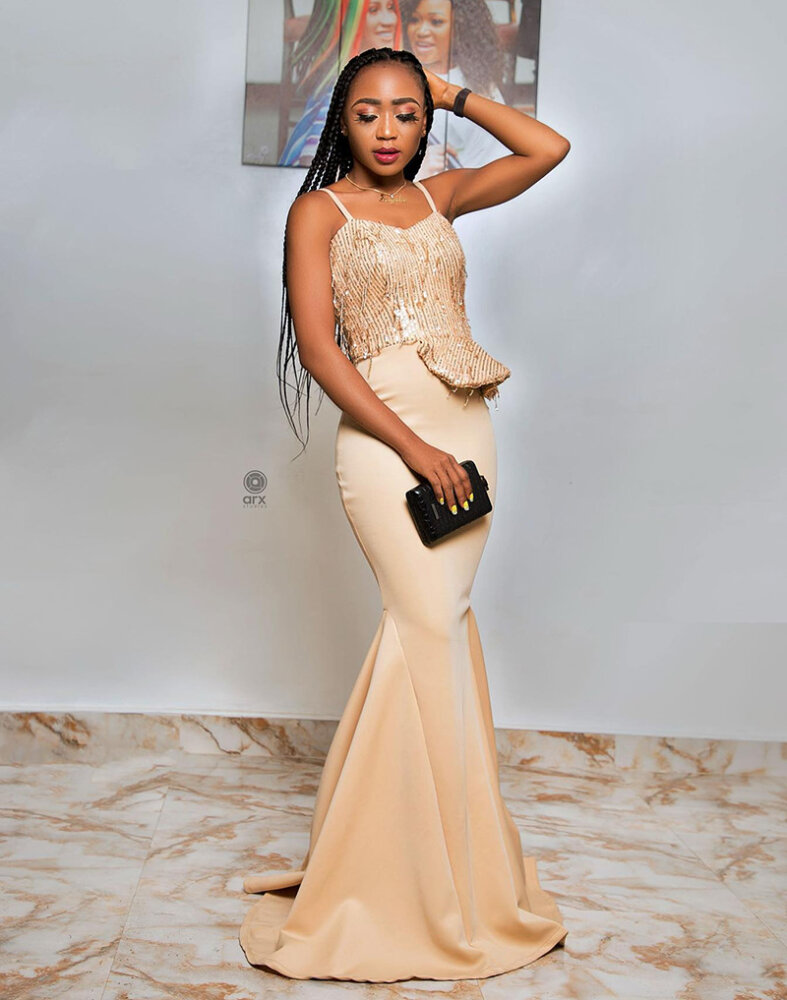 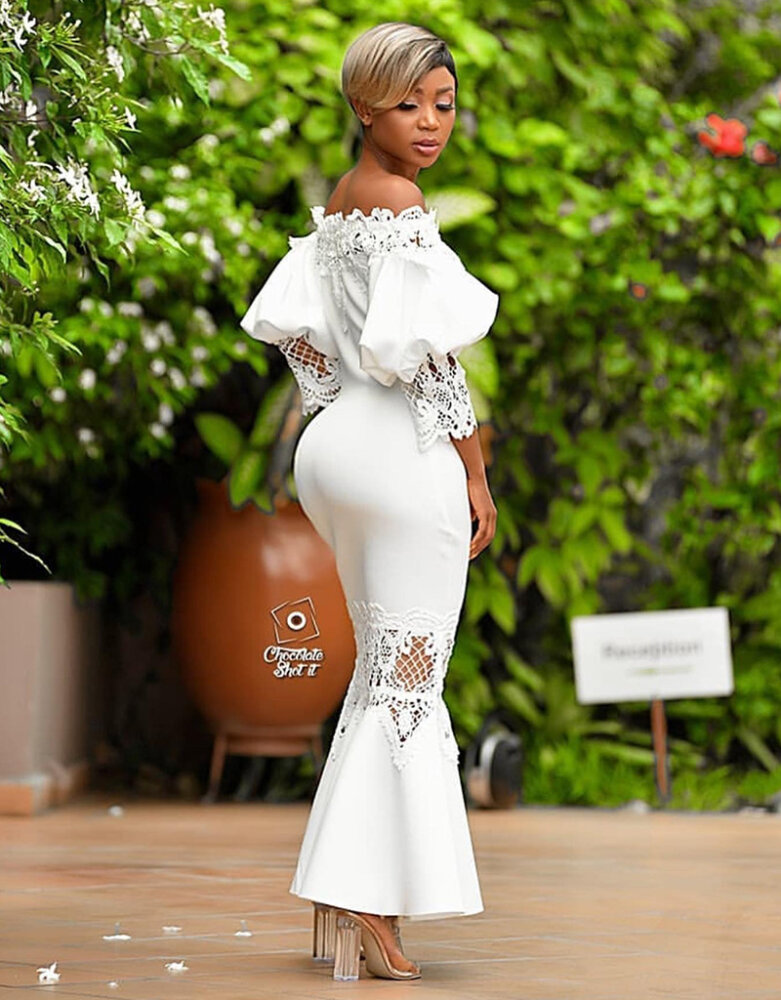