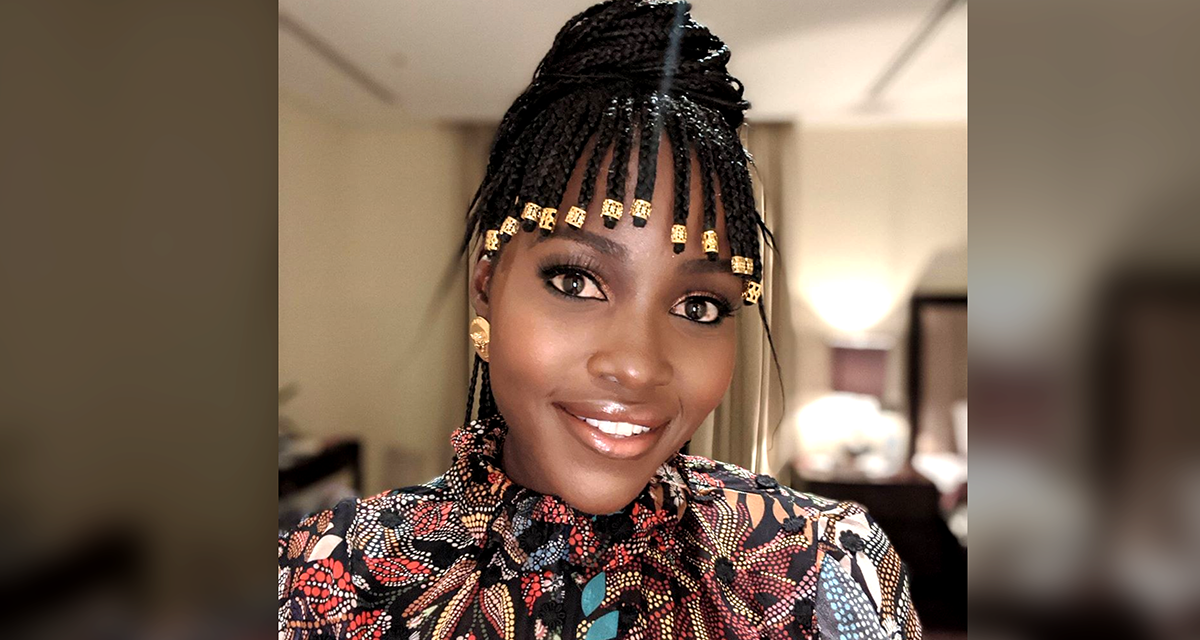 PICS: Check Out Lupita’s New Adorable Beaded Braids Look And The Ghanaian Natural Hairstylist Behind Them

Lupita once again gives her fans a new hairdo to admire, and even more a few ‘beyond pretty’ images to go with it. The half mexican half kenyan actress made a name for herself when she first appeared in the award winning movie ’12 Years A Slave’. Ever since then she became a red carpet diva rocking most of the hottest brands on the biggest red carpet events. She was eventually named the most beautiful woman by Peoples’ Magazine.

Recently, the dark flawless skin beauty has been excersizing her rights to activism in various mild activities. She recently released a book titled ‘Sulwe’ targetted at young black girl to help instill confidence in them. Then she ensures she arrived at the latest MET Gala night with a big fro and an afro comb in her hair. More so she participated as a vocalist in the recent Ciara song ‘Melanin’.

So Lupita is nothing new to black/African pride and her new look screams African queen all over it. See below.

Show up, show out #NaijaStyle. Thank you @chimamanda_adichie for the warmest welcome to your world. #Twinning in @imadeduso_ Braids by Zubi @3130naturals Makeup & Hairstyling by @flawlessfacesbyjane #flashback

The Ghanaian based salon that fixed the hairdo on Lupita goes by the name of 3130Naturals, who apparantly fixed the hairdo on valentines day. She took to the gram and stated “TestimonyTuesday Can I share with you about how God, impromptu Harmattan and the awesome @itsnanamensah came together to bring the beautiful soul that is @lupitanyongo in to my salon to get her hair done. (No guys I was not making a 3rd baby on Valentine’s day 🤣🤣🤣🤣)”

See the founders image with Lupita below.

**TestimonyTuesday** Can I share with you about how God, impromptu Harmattan and the awesome @itsnanamensah came together to bring the beautiful soul that is @lupitanyongo in to my salon to get her hair done. (No guys I was not making a 3rd baby on Valentine's day ????) #naturalhair #naturalhaircommunity #naturalhairstylist #naturalhairstylistghana #braids #protectivestyling #healthyhair #lovingyourhair #blackgirlmagic #africansunite #accra #ghana #3130woman