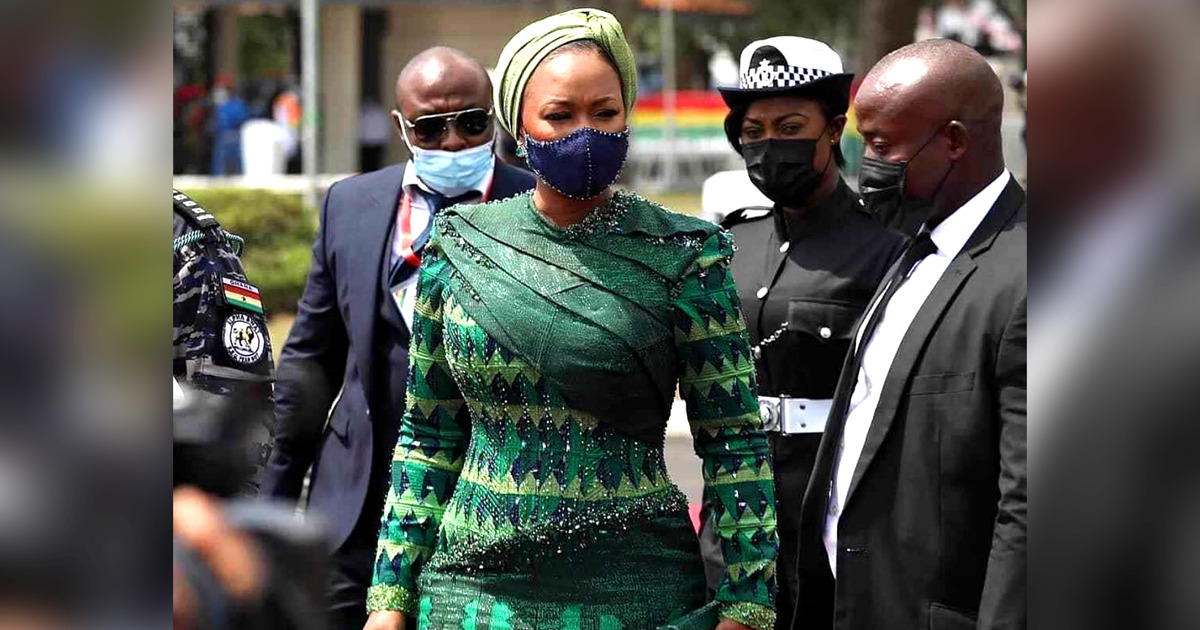 President of Ghana, Nana Akufo-Addo was just sworn in the 2nd time for another ‘Four More Years’ as his campaign slogan pleaded. After a heated contentious presidential battle against Honourable John Mahamma.

It all came down to a final nail in the coffin yesterday, where Nana was finally named president for the 2nd time of the Republic of Ghana. The result of this also meant that style queen Samira Bawumia is also the 2nd lady for another 4 more years.

Samira Bawumia is a Ghanaian politician and the Second Lady of the Republic of Ghana. She is married to the Vice President of Ghana, Mahamudu Bawumia.

Yesterday we captured the beautiful Kaba and slit outfit Samira Bawumia is a Ghanaian politician and the Second Lady of the Republic of Ghana. She is married to the Vice President of Ghana, Mahamudu Bawumia. Samira Bawumia rocked to the State-Of-The-Nation address by President Nana Akufo-Addo, where she managed to turn heads faster than a neck snap.

#STYLEGIRL: Samira Bawumia Turns Heads With Impressive Style At The State Of The Nation Address

However, if you were impressed by that, we are very sorry, because she just burnt that look with an even more extraordinary look at the swearing-in ceremony of Nana Akufo-Addo earlier today. The 2nd lady once again rocking her signature Kaba and slit look. This time a multi-green African print embellished outfit with a beaded nose mask and matching headwrap as seen below. 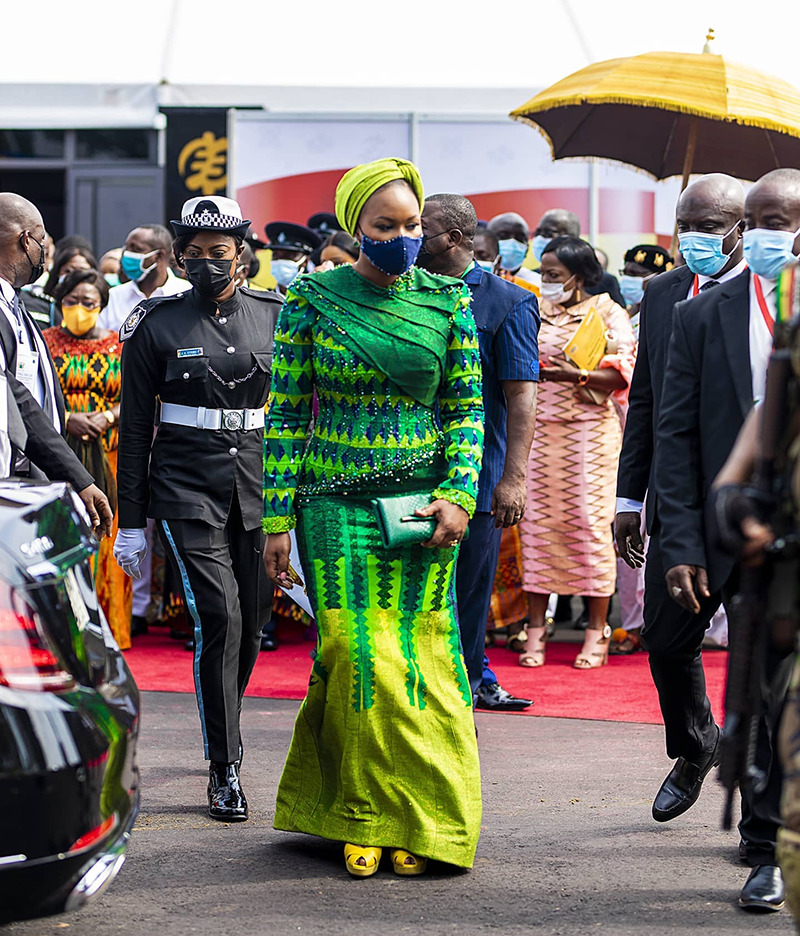 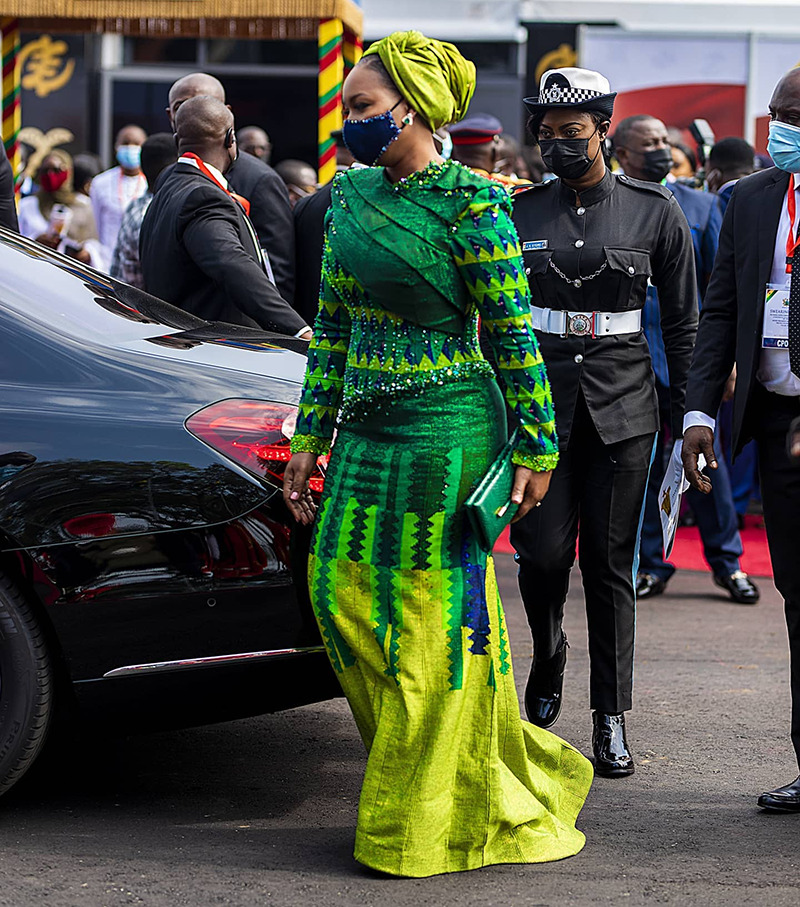 There is no doubt she wowed us yesterday, but let’s not lie, yesterday’s look has nothing on today, and that’s the track field of a true style queen. Although the parliament is still divided as this follows a dramatic and brutal fight that took place in the nation’s capital amongst politicians in the parliament.

Nana Akufo-Addo Sworn In For A 2nd Term

Nana Akufo-Addo was on Thursday sworn in for a second term as Ghana’s president. It comes a day after a brawl between rival politicians in parliament during the election of the speaker.

Soldiers were briefly deployed after the unusual scenes in one of Africa’s most stable democracies. The president defeated his main rival, ex-president John Mahama, in December’s keenly contested polls. The opposition National Democratic Congress has rejected results of the December 7 polls.

It has filed a petition at the country’s top court, seeking for a rerun of polls between the main opposition party leader John Mahama and the incumbent president.