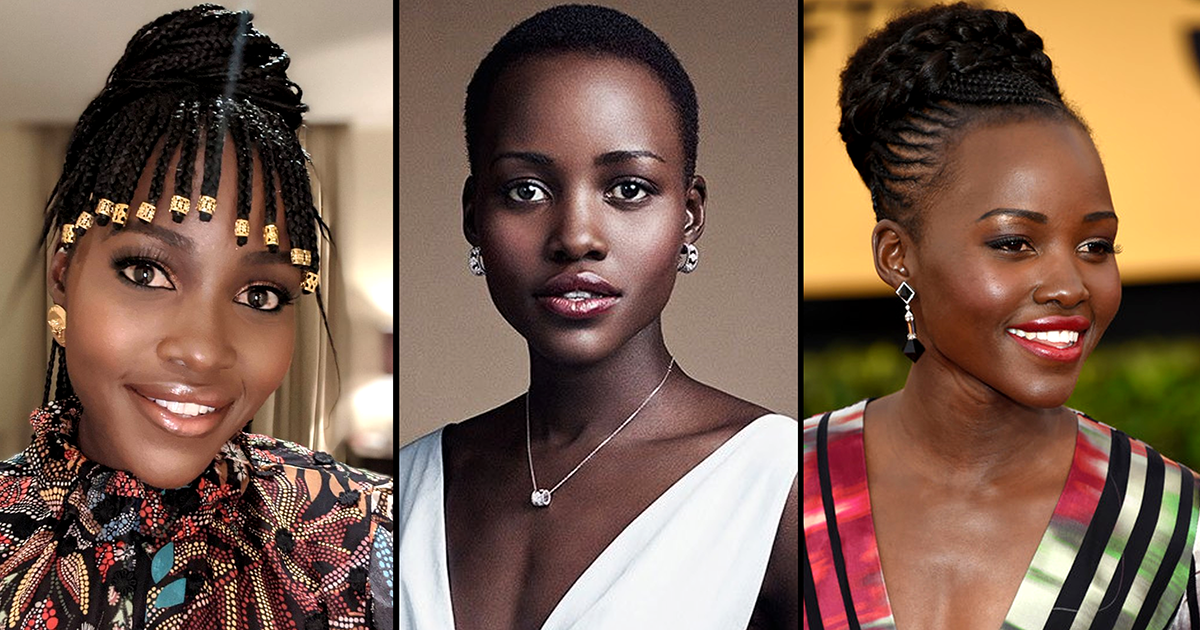 PICS: Here Are The 8 Natural Hair Styles That Have Defined Lupita Nyongo’s Beauty Over The Years

Kenya Beauty Kenyan beauty Lupita Nyongo is known for being one of the most beautiful women in the world. The actress who had a big break in the movie ’12 Years A Slave’ coined her beauty in the eyes of all beholders when she was recognized as the world’s most beautiful woman by People’s Magazine. 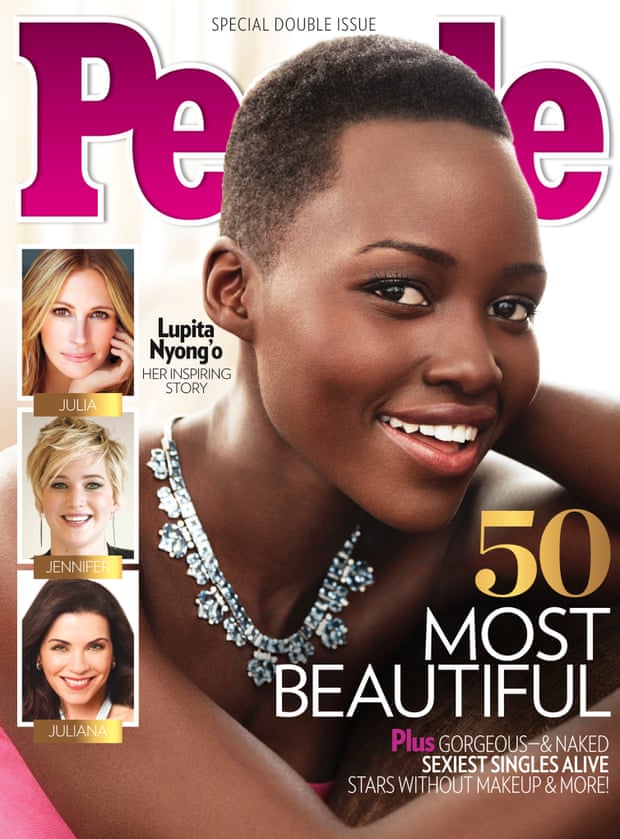 According to theGuardian.com, the People magazine award has only been given to women of colour three times since it was launched in 1990: Halle Berry in 2003, Jennifer Lopez in 2011 and Beyoncé in 2012. Previous winners include Gwyneth Paltrow, Leonardo DiCaprio and Michelle Pfeiffer.

Lupita was one of the first natural hair dark skinned beauties to be heavily embraced by the mainstream media as beautiful. Unfortunately, it took 2014 to show us how late and misinformed the mainstream was on beauty.

From 2014 to 2017 Lupita also became the red carpet target of every paparazzi flaunting almost every big named brand. So without a shadow of a doubt, her hairstyles have played a major role in creating the magnificent admiration for the Kenyan beauty who was never once spotted in straight hair weaves.

Today we look at some of Lupita’s most iconic hairdos that have helped her shaped how mainstream media views beauty today.

Lupita Nyongo’s first look which launched her career in the movie ’12 Years A Slave’ was simply a groomed low-cut afro. Every once in awhile, she would be seen with a line in her hair as in the images below. 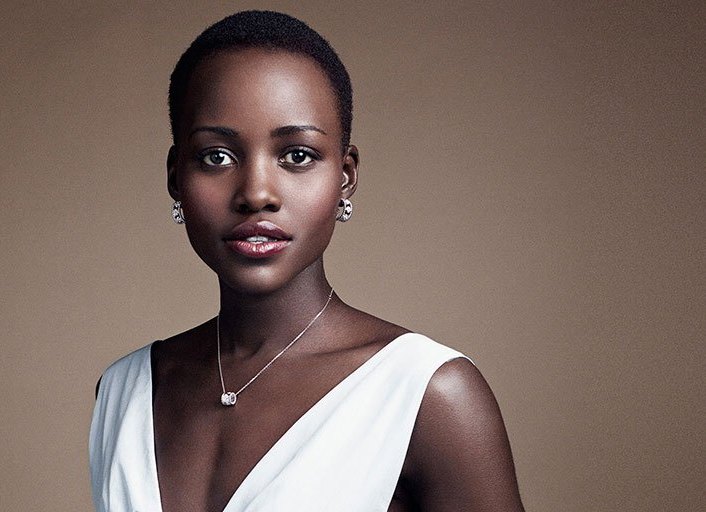 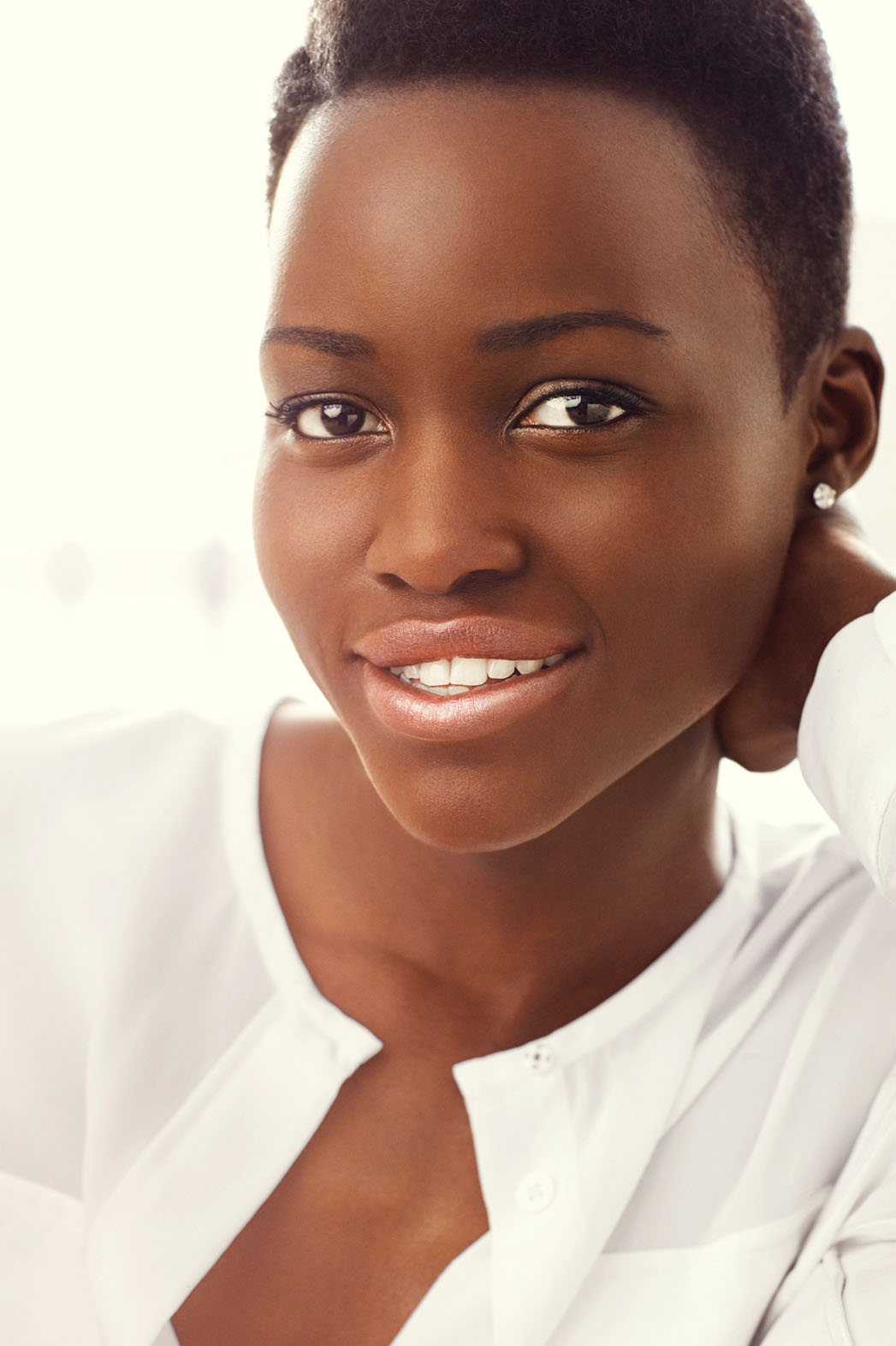 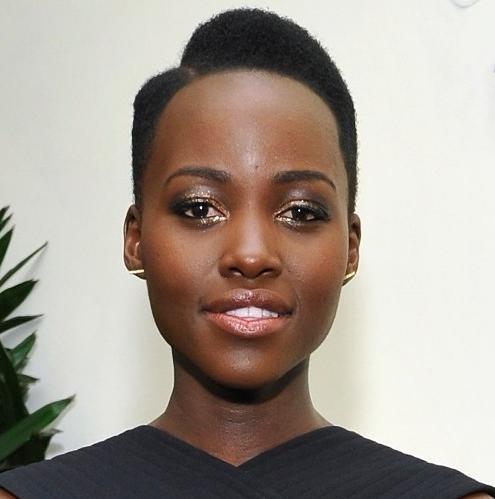 This was the first alternative look we began to see on Lupita, a slight change from the natural low cut. 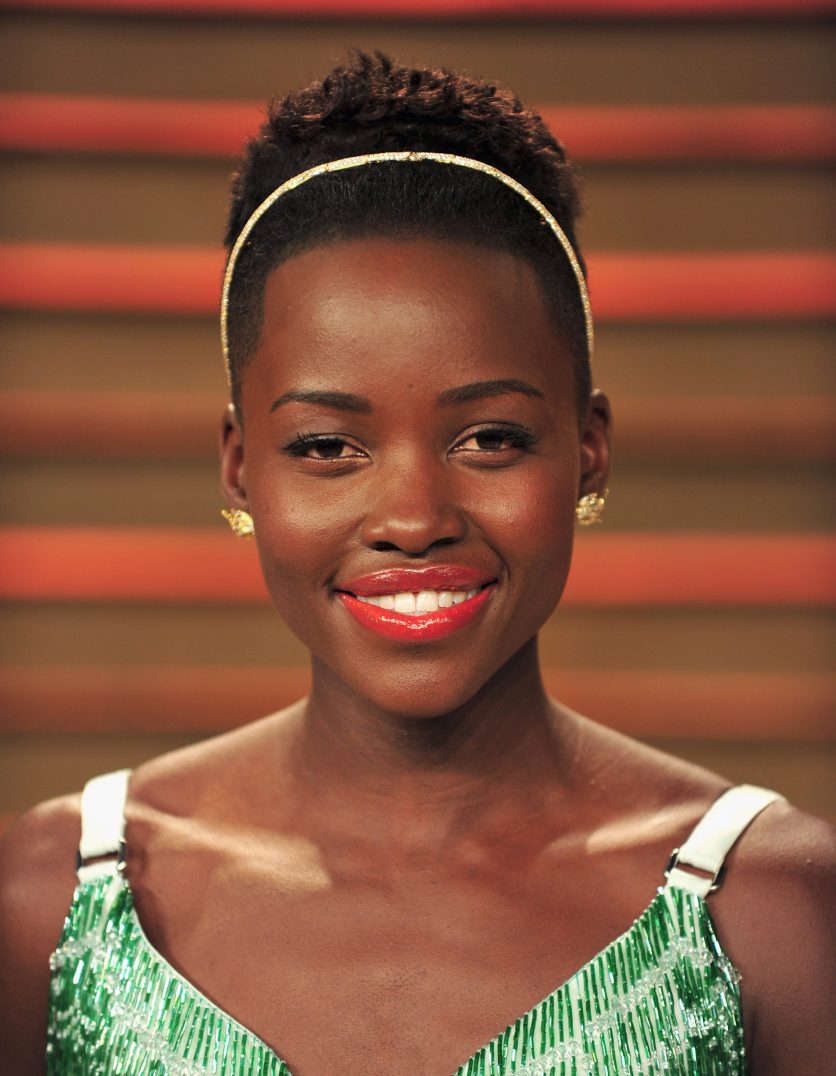 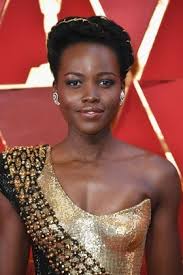 Lupita is no stranger to braids. It has been a regular on and off executed by the actress. See the many times and styles she has worn the popular look. 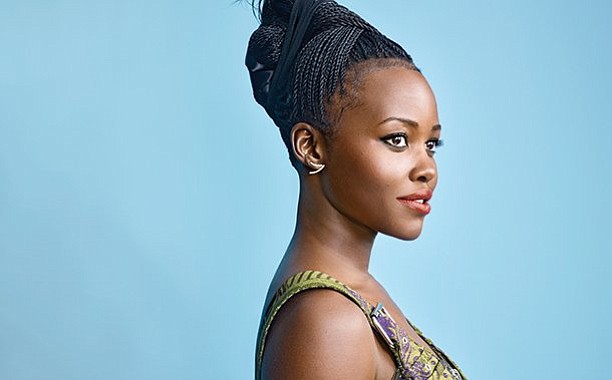 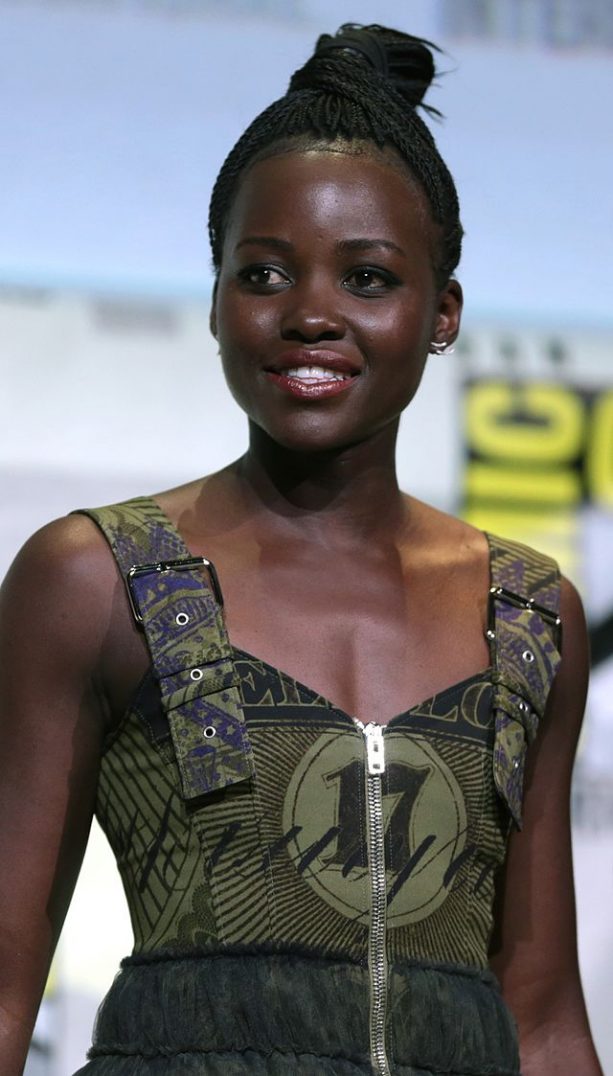 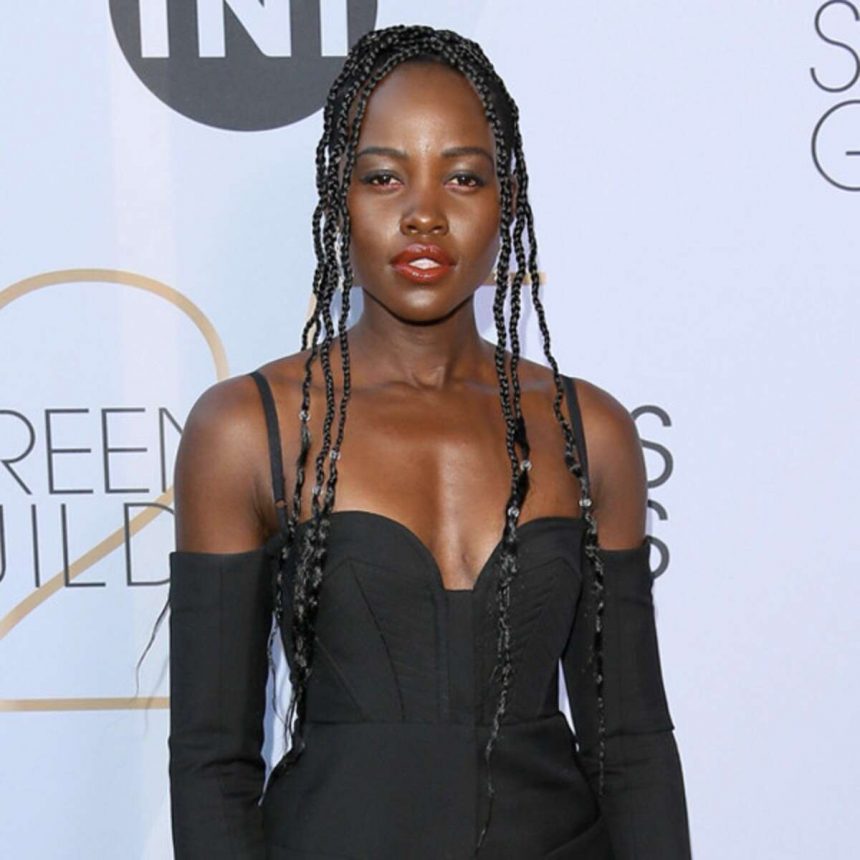 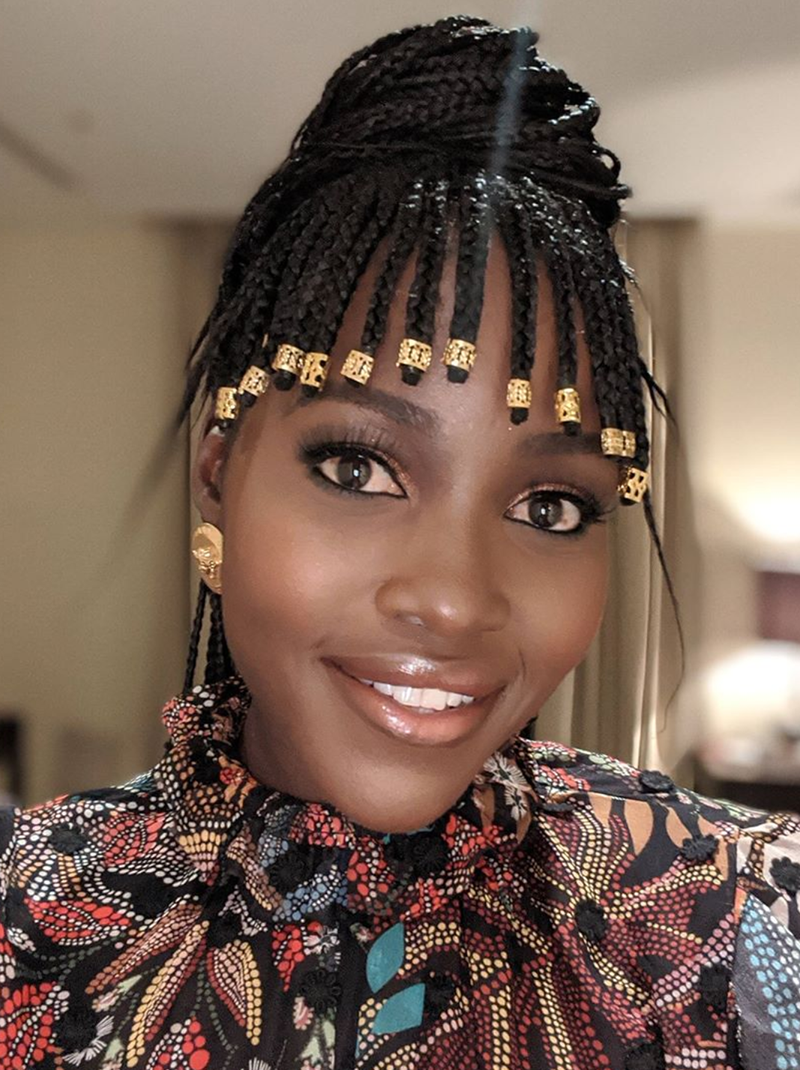 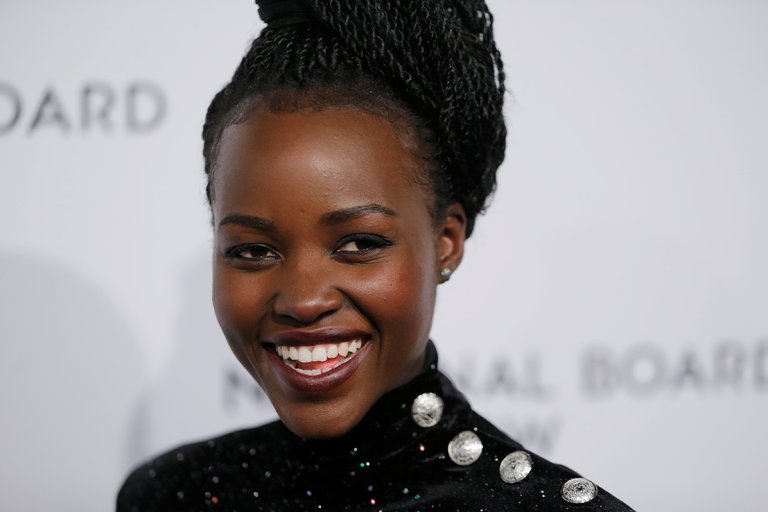 Sometime in 2018 Lupita decided to venture off on her love for thick braids. 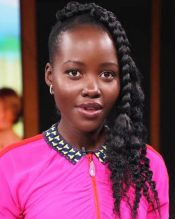 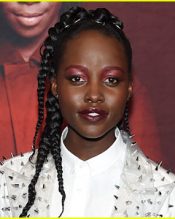 Hardly seen much with cornrows, but below are two moments the actress Lupita was captured on Corn Rows. 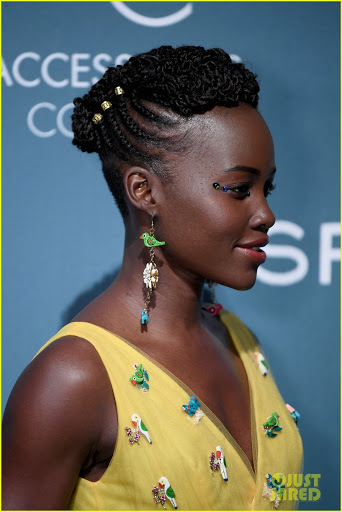 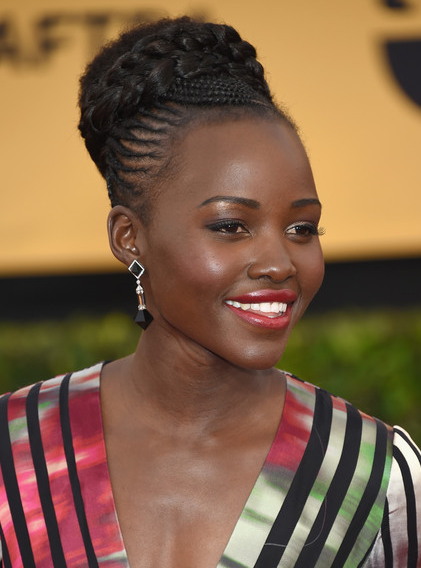 The Afro is one of Lupita’s main iconic hairdos, and it fits her most beautiful. 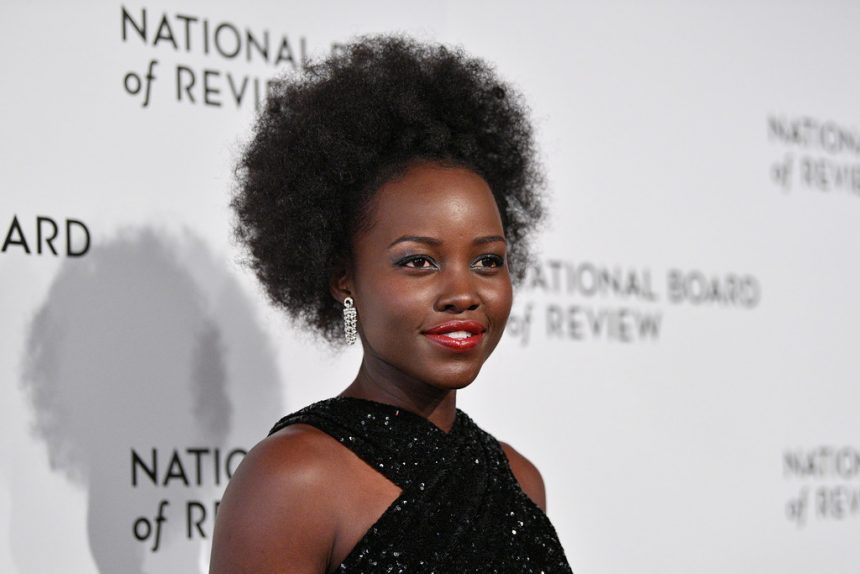 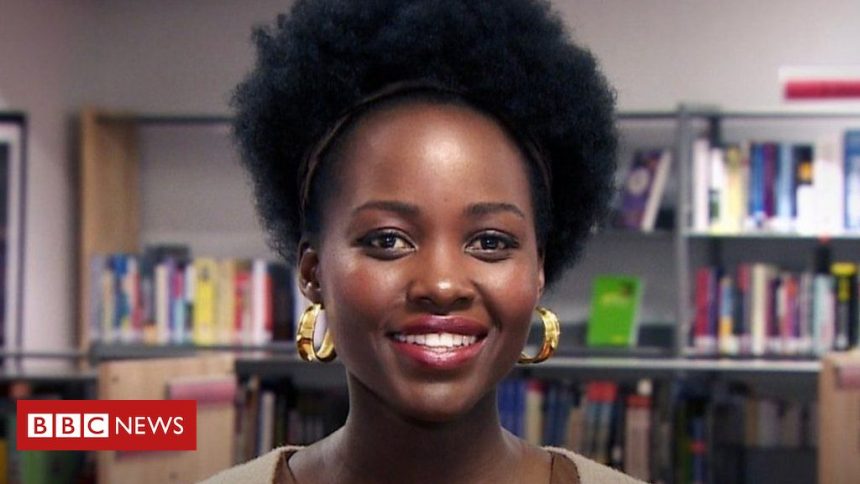 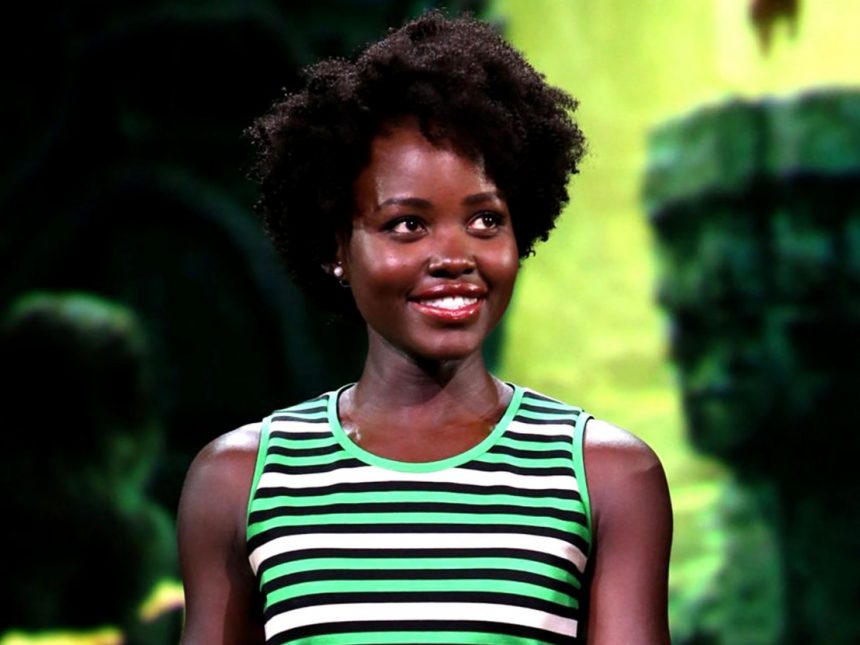 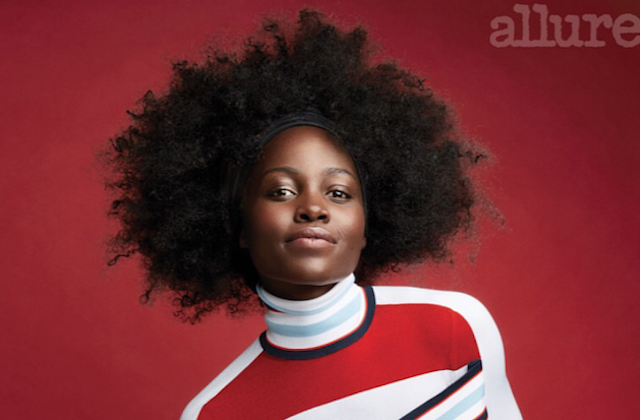 Here are a few beautiful ways Lupita Tucked Her Afro into style as it grew more and more. 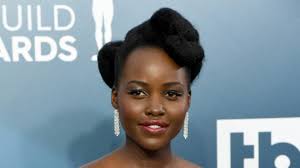 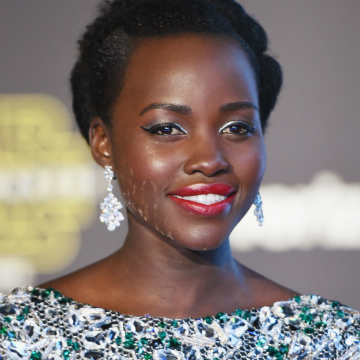 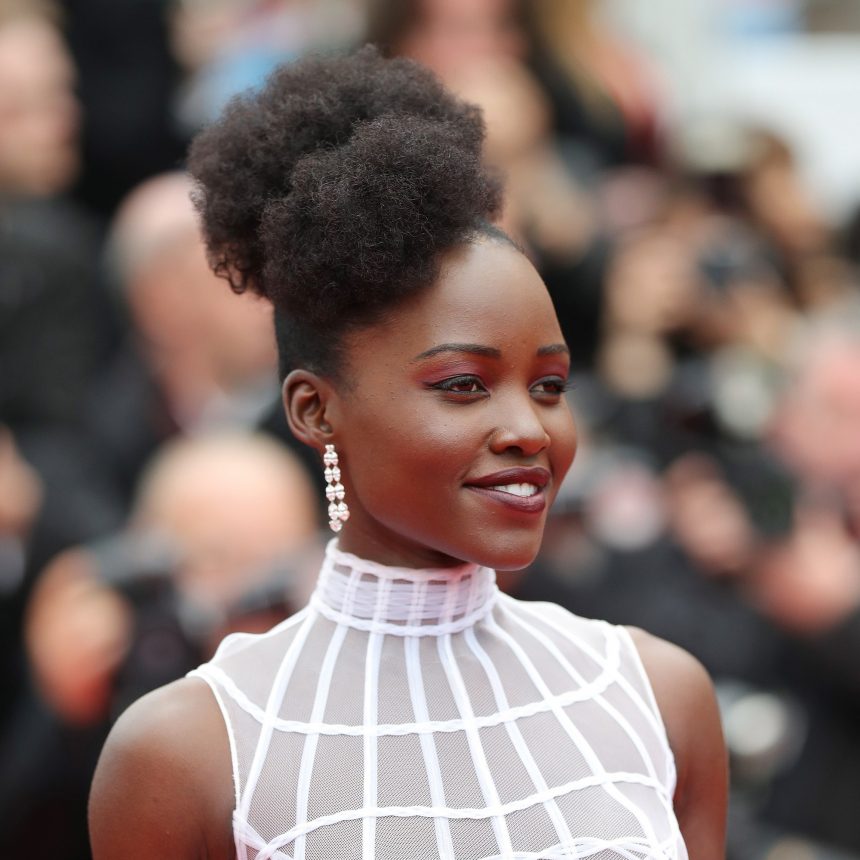 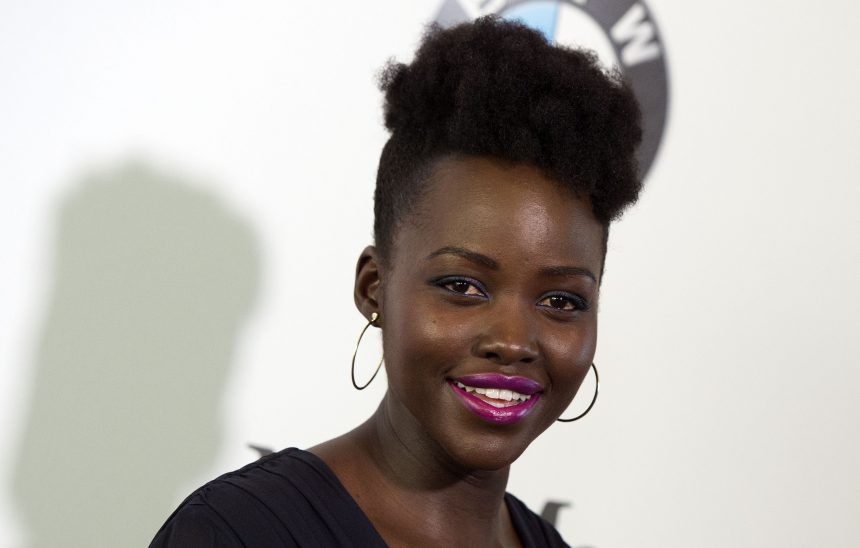 How could we not include the various times Lupita had her hair tied back. 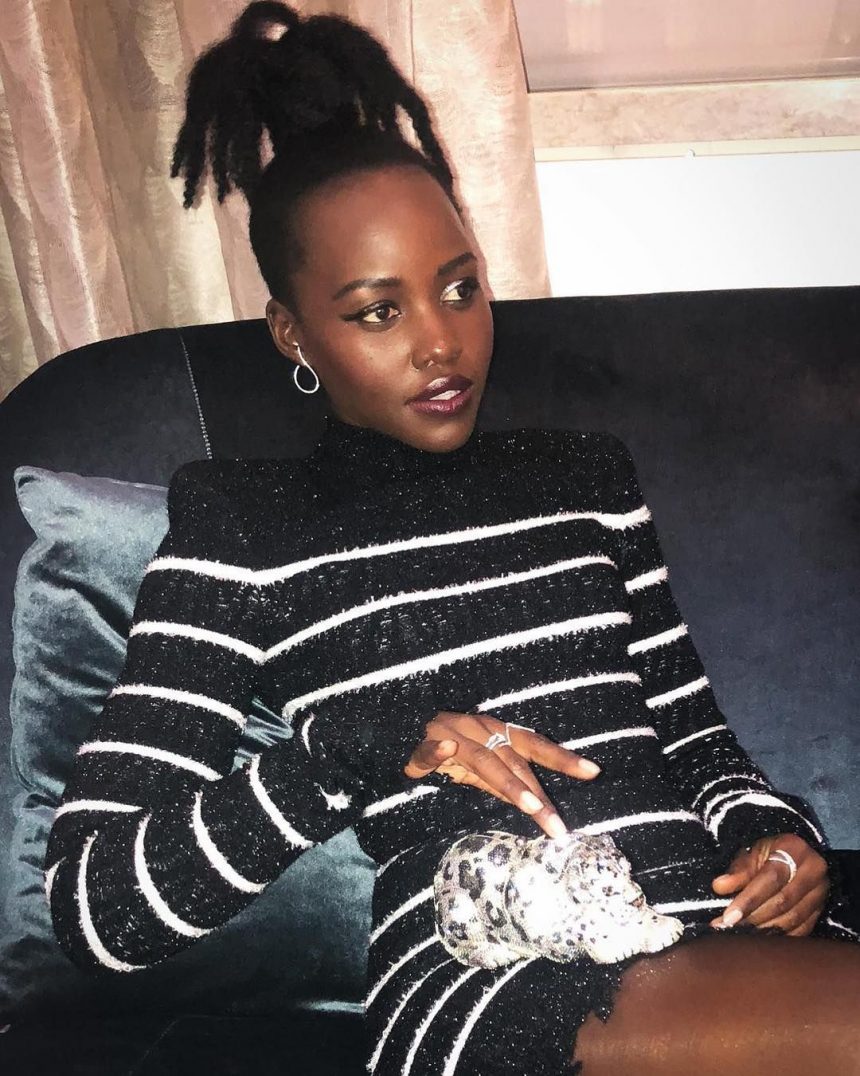 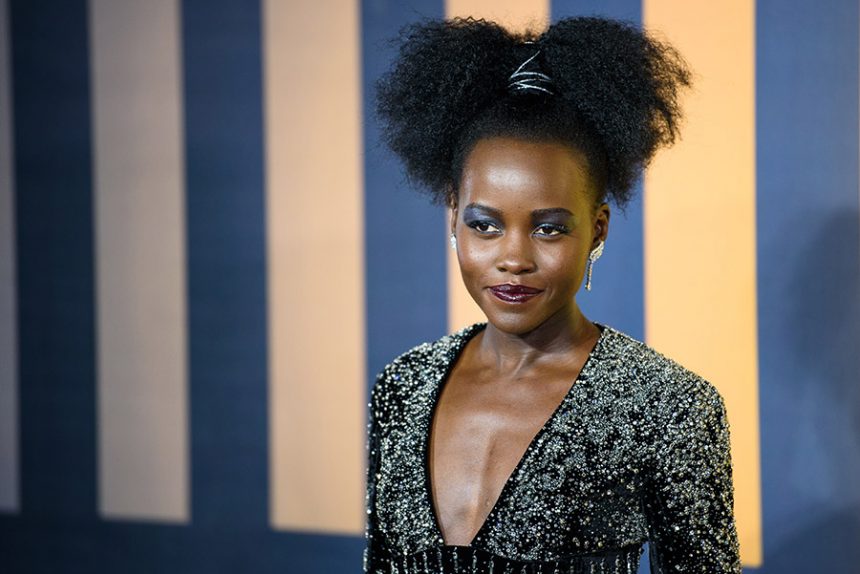 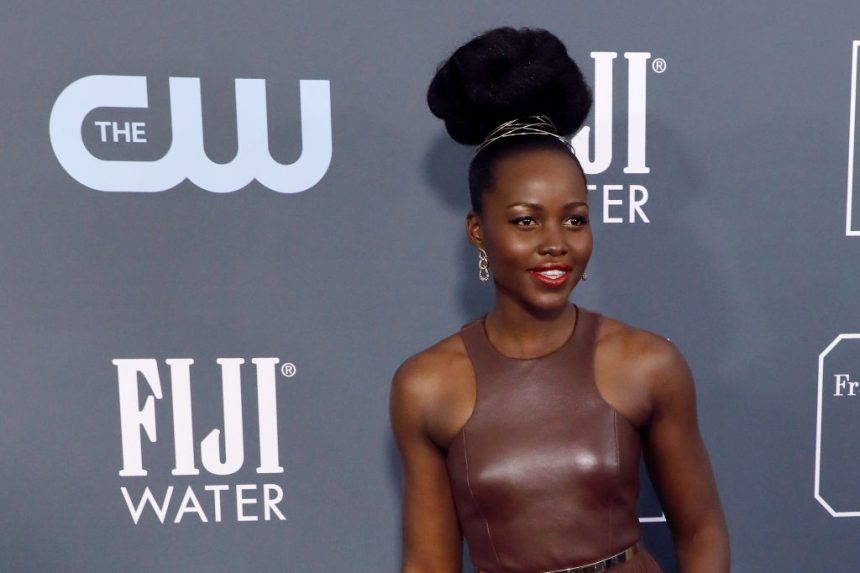