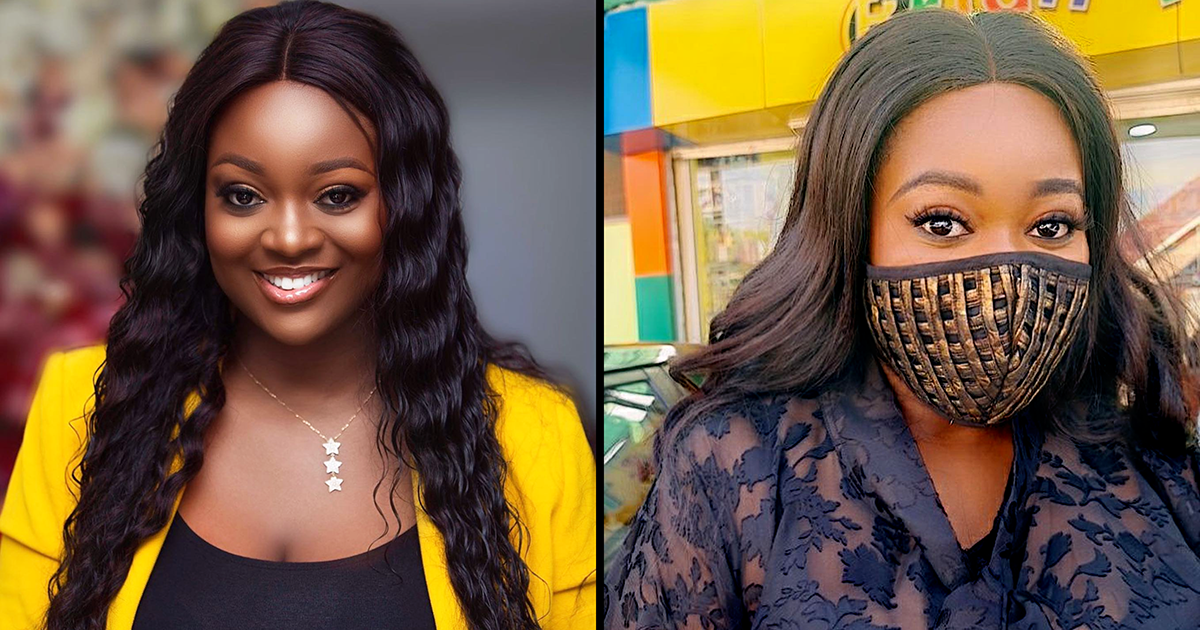 PICS: Jackie Appiah Is Not Ready To Be Seen In Any Ordinary Nose Mask; Check Out The Brand Behind Hers

As if she wasn’t already one of Ghana’s most influential stylegirl, actress Jackie Appiah had her followers in a frenzy when she was spotted in a mesh nose mask alongside the stylish Peace FM mogul Faddick as seen below.

The image, unfortunately, was not published by the actress however as seen above on the account of the gentleman next to her. The mesh nose mask was produced by Clatural, a new Ghanaian fashion brand making waves spotted on Accra Fashion Week in the 2019 Summer Harmattan edition.