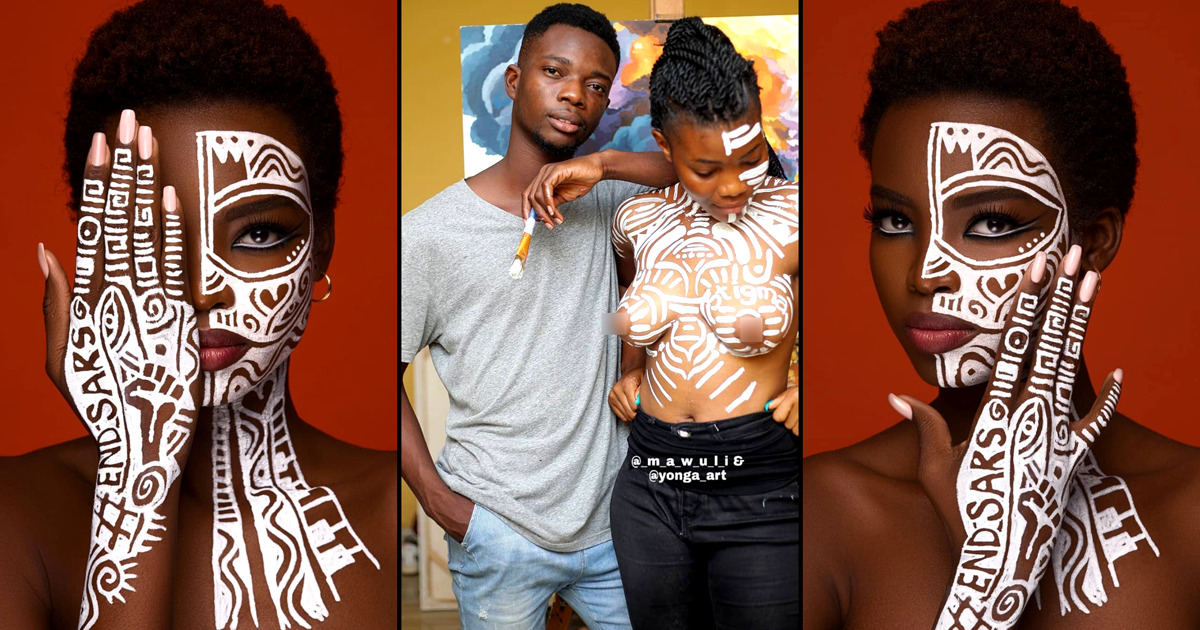 Maria Borges is the latest celebrity to support the #EndSARS campaign. For those that do not know, Maria Borges is an Angolan model. She was named Forbes Africa Magazine’s top model of 2013. She was also the first Victoria’s Secret black model to storm the runway with natural African hair.

With that said, the top model has paved her way in this modern era by building a strong social media following from time to time and executing activities that see her become more of a role model to various young girls especially in the Portuguese speaking countries.

Maria just graced her Instagram followers with a beautiful set of #EndSARS images. What many don’t know is SARS has already been disbanded. SARS is s special police force unit created in the 1980s to tackle armed robbery, fraud, and much more crime. It seemed to be successful in its earlier days until the police turned into armed bandits themselves, looting and killing Nigerians mercilessly. A recent shooting of two innocent Nigerian men sparked riots and protests in Nigeria and across the world.

However, despite the SARS unit being disbanded, Nigerians are still out protesting for change as it has been disbanded and brought back many times, and the process for this change has seen many lose their lives, from the rich to the poor.

Maria’s showed support to the ongoing SARS protest with a Yonga arts style face paint. Something she may or may not have been aware of. Yonga arts is a form of tribal art curated by young Ghanaian artist, Mawuli. Starting from humble beginnings and an abusive home, he pursued out to make artwork that will project women in a powerful light by taking inspiration from his mother. Read more below.

Over the years, Mawuli’s Yonga art has become an international success through social media and it is no surprise why Maria Borges selected this to project her #endSARS support imagery. The images were shot by islandboi photographer with Yonga make up by celebrity ttylist Ty-Ron Mayes, Watch her stun below. 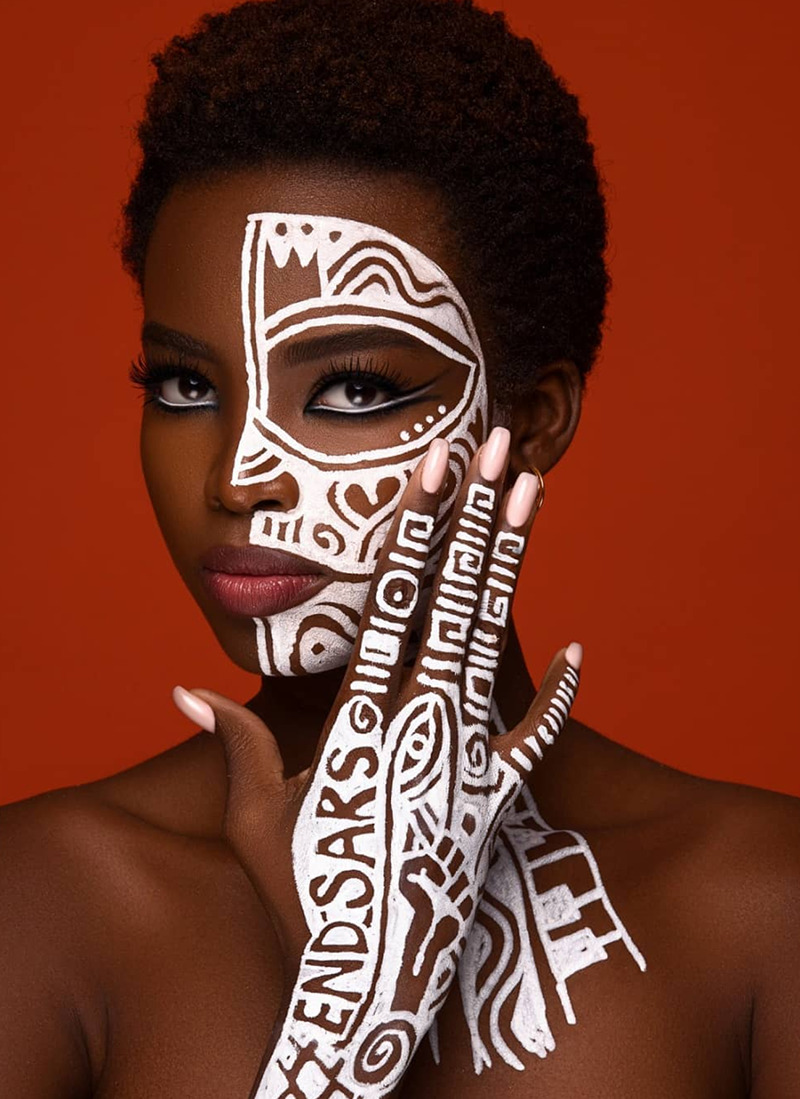 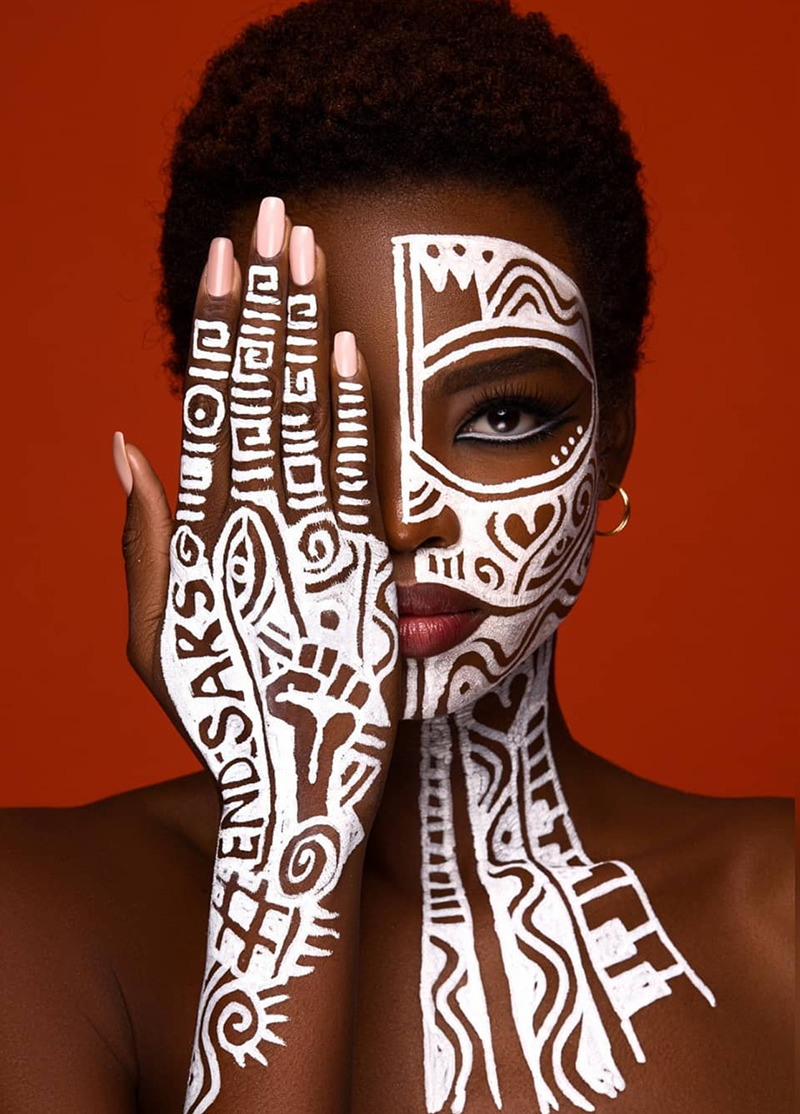