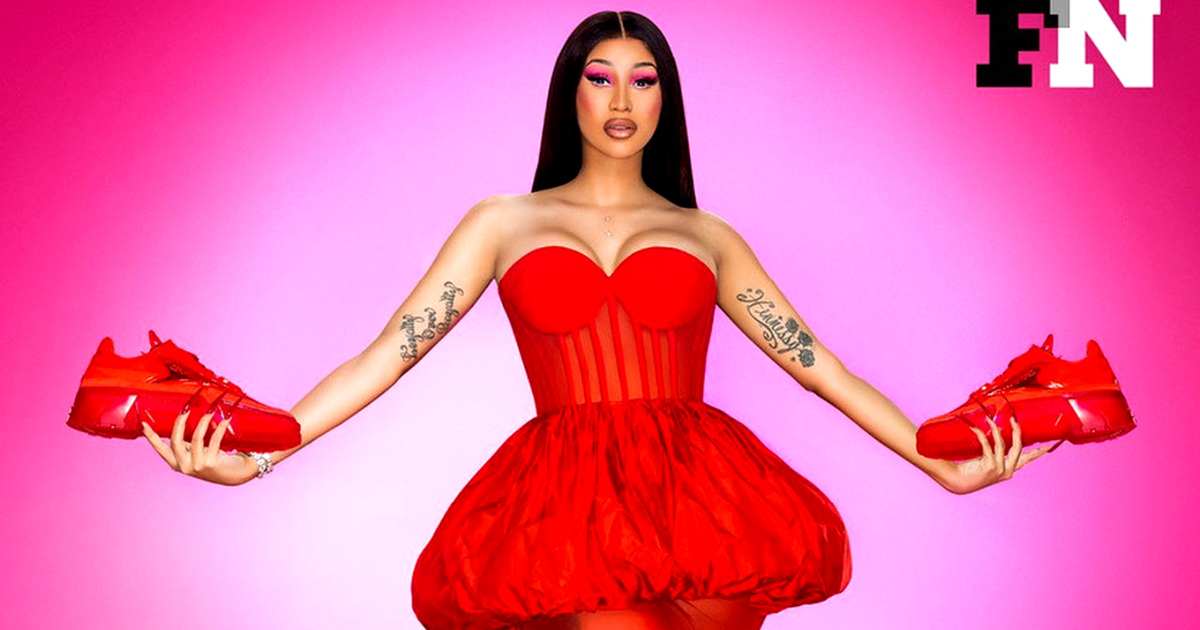 PICS: See The Original Emulation Of Hindu Goddess ‘Durga’ Image Inside That Got Cardi B In Trouble With Asians

Former reality TV star and rapper Cardi B has come under severe criticism from her fans and Hindu community for disrespecting the Hindu culture when she posed in the form of a famous Hindu goddess called “DURGA”  The rapper, who made her debut into the shoe industry by collaborating with Reebok, was seen mimicking the Hindu Goddess Durga on the cover of a magazine where she was promoting her shoe line.

Following the backlash, the rapper issued an apology by posting a video on her Instagram Stories.

“When I did the shoot, the creatives told me I was going to represent a Goddess; that she represents strength, femininity and liberation, and that’s something I love, and I’m all about. And though it was dope, if people think I’m offending their culture or their religion I want to say that was not my intent. I do not like offending anyone’s religion; I wouldn’t like it if someone did it to my religion.”

She added: “When people dress as Virgin Mary and Jesus, as long as they do it in a beautiful, graceful way…. But I wasn’t trying to be disrespectful; maybe I should have done my research. I’m sorry, I can’t change the past, but I will do more research for the future.”

Footwear News has since changed their cover and sent out an apology.

“Yesterday we posted content from our exclusive Cardi B cover shoot. One of the images was intended to pay homage to the Hindu goddess Durga, and we intended to show a powerful woman. However, we realize we were not considerate of certain cultural and religious perspectives and how this could be perceived as deeply offensive. We take full accountability for this oversight, and we apologize., We must learn from this example and are sensitive to this sort of religious imagery when creative discussions are taking place in the future. Today, we’re releasing another cover from the shoot that was a subscriber-exclusive