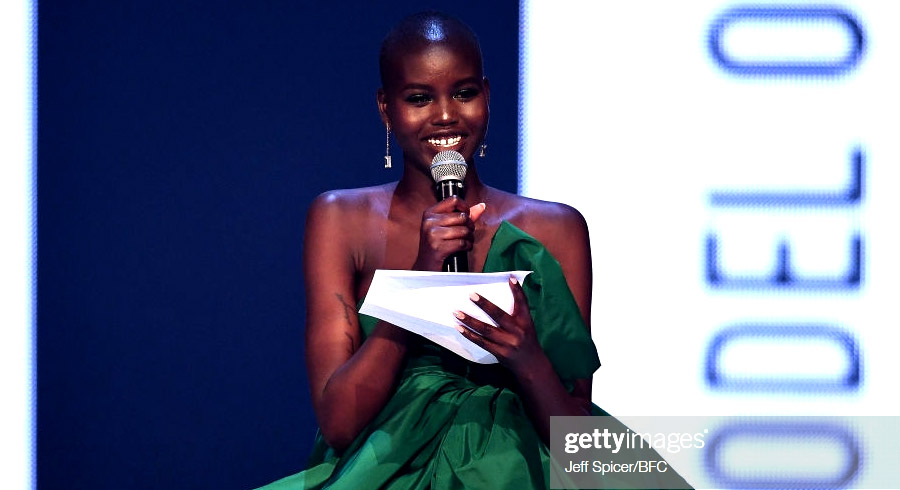 2019 has been the year of Adut Akech – after beating Gigi Hadid and being announce models.com model of the year earlier this year, the South Sudanese beauty has the South Sudanese model has seen a splash of her face across the web and walked every major runway show to date.

Following the footsteps of her fashion God mother Naomi Campbell, she has persued her ambitions and also has also been promoting sustainability and championing diversity in the modeling industry.

And just when you thought that was enough for an 18 year old, yesterday at the Fashion Awards, formerly known as the British Fashion Awards, Adut was presented with the highly coveted Swarovski Model of the Year award by Edward Enninful and Pier Paolo Piccioli. She joins a list of top models who have received the award including Ghanaian Adwoa Aboah who won the award in 2017

She arrived at the events in a ravishing Valentino Haute Couture dress from the brand’s Beijing collection. It was custom made in green for her by Pier Paolo Piccioli. She finished her look with sparkling Swarovski jewelry. See her stun below. 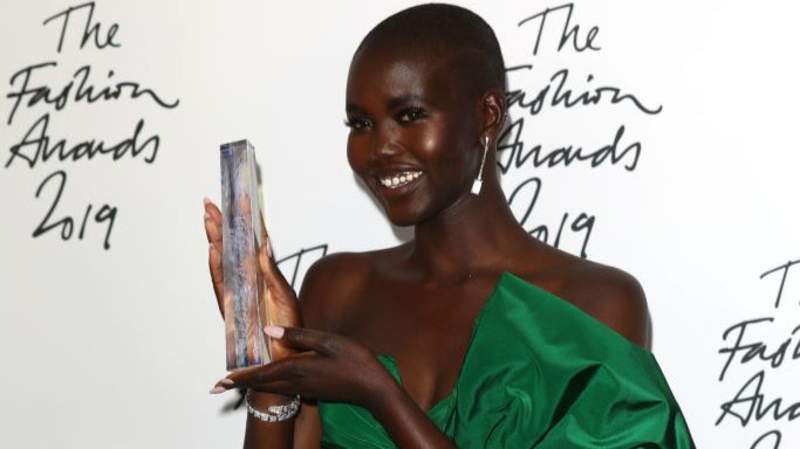 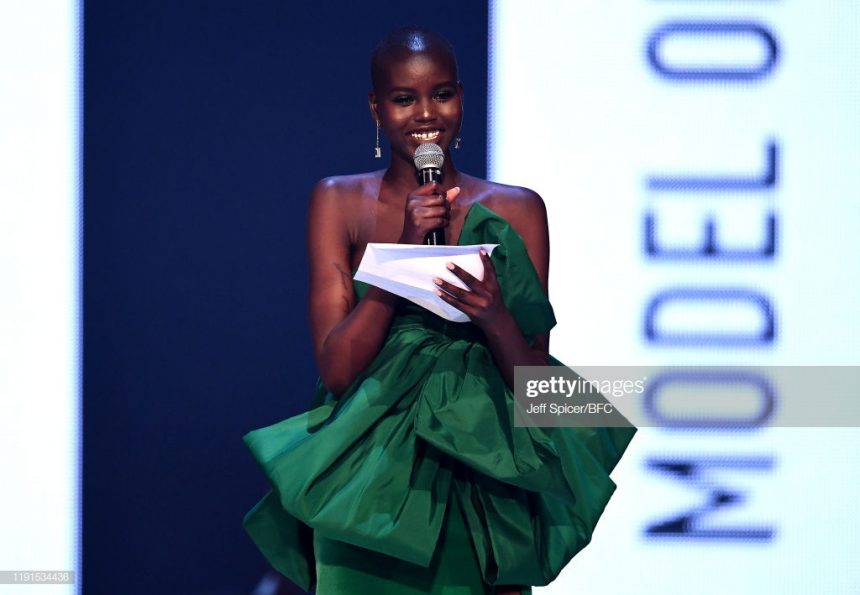 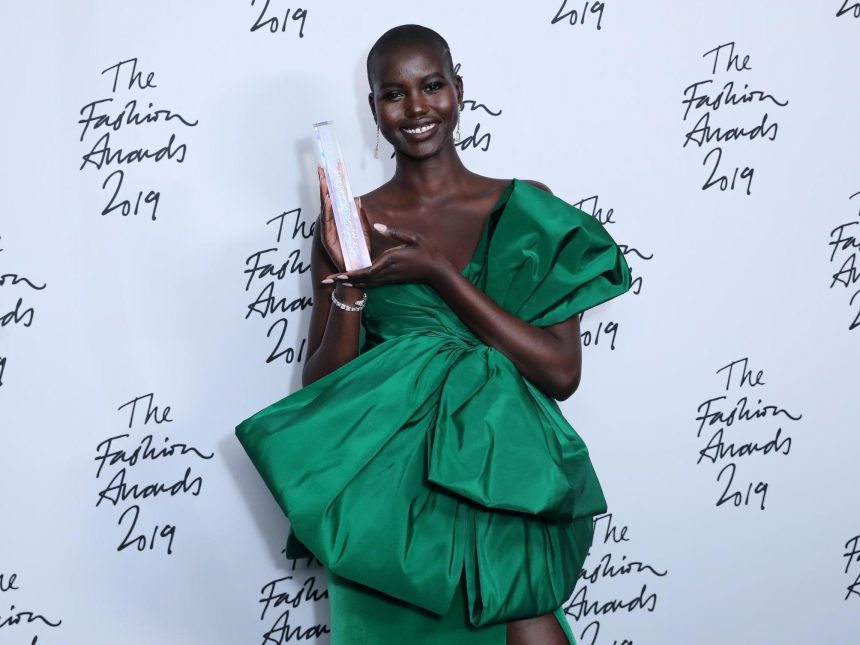