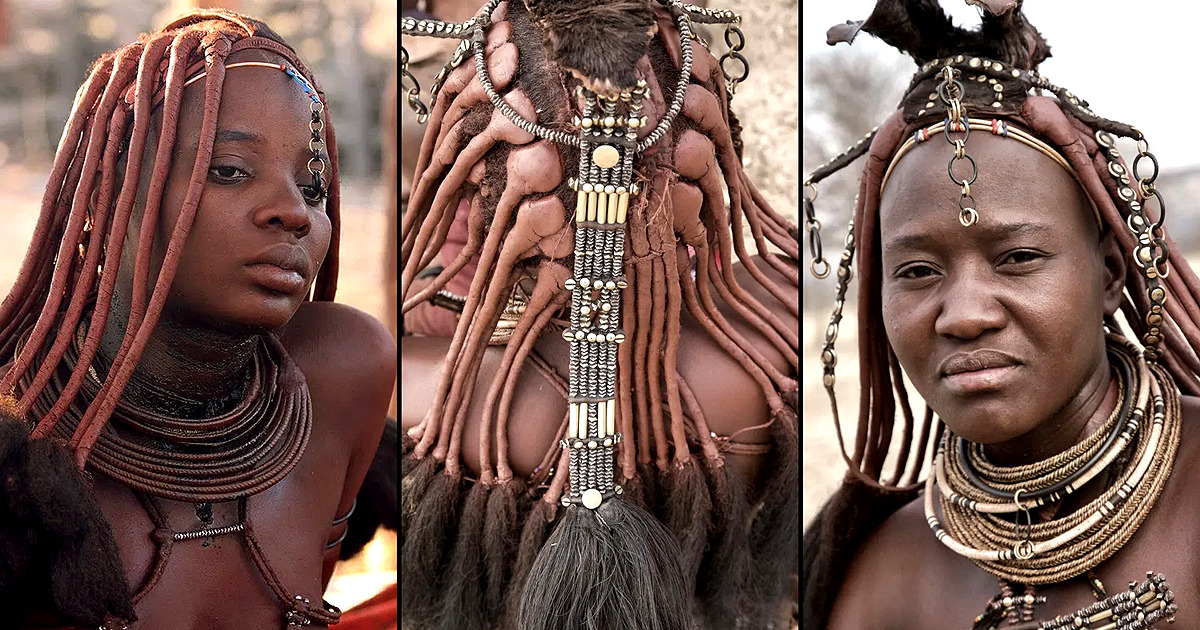 PICS: The Details In The Traditional Himba Women Hairdos Is Far More Trendy Than Any Modern Styles 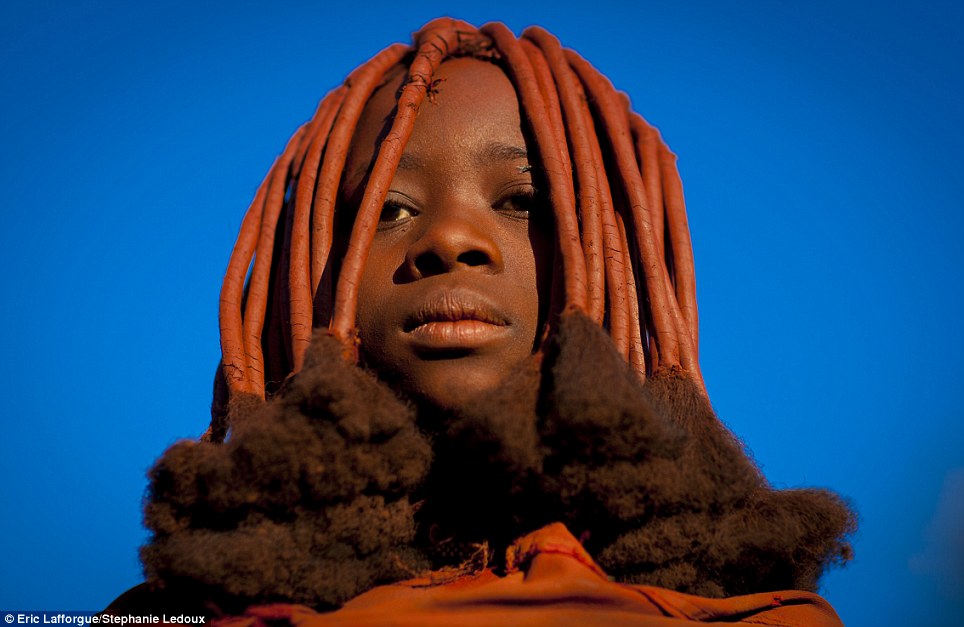 You have probably heard over time that the every woman’s beauty lies in her hair, well that is so very true. Take a woman’s hair away from her and you have actually lowered her to the barest minimum, but there are some women and culture who take their hair more seriously than we can ever imagine and that’s the Himba Women

The Himba  are indigenous peoples with an estimated population of about 50,000 people living in northern Namibia, in the Kunene Region formerly Kaokoland and on the other side of the Kunene River in southern Angola. There are also a few groups left of the OvaTwa, who are also OvaHimba, but are hunter-gatherers. However, the OvaHimba do not like to be associated with OvaTwa. Culturally distinguishable from the Herero people, the OvaHimba are semi-nomadic, pastoralist people and speak OtjiHimba, a variety of Herero, which belongs to the Bantu family within Niger-Congo. The OvaHimba are semi-nomadic as they have base homesteads where crops are cultivated but may have to move within the year depending on rainfall and where there is access to water.

The OvaHimba are considered the last semi-nomadic people of Namibia. Ok no need to bore you with all this history our focus is on the Himba women on their unique way and pattern of how their hair pans out, mostly in a brown earthly form, For a Himba woman, her hair is her power. These semi-nomadic people live in one of the most extreme environments on earth, the deserts that border Namibia with Angola.

As water is scarce they use a mixture of pastes on both their bodies and hair. These pastes blend the aromatic resin of the omazumba shrub with animal fat and ground red-pigmented stone. This ‘otjize’ paste gives the women’s skin and hair a distinctive red glow which symbolizes both blood, the essence of life, and the earth’s rich red color.

But it’s more detail than that when it comes to styling their hair. The Himba women decorate it with fabulous hand woven beads in patterns that are jaw dropping. See below. 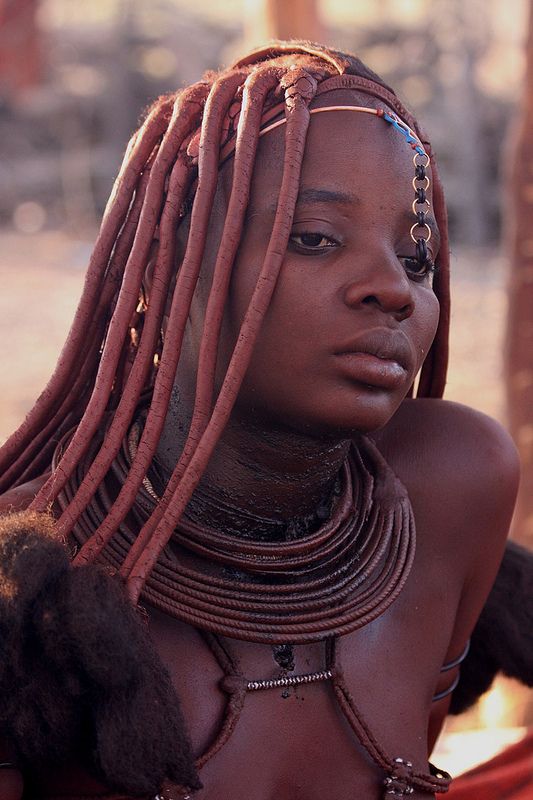 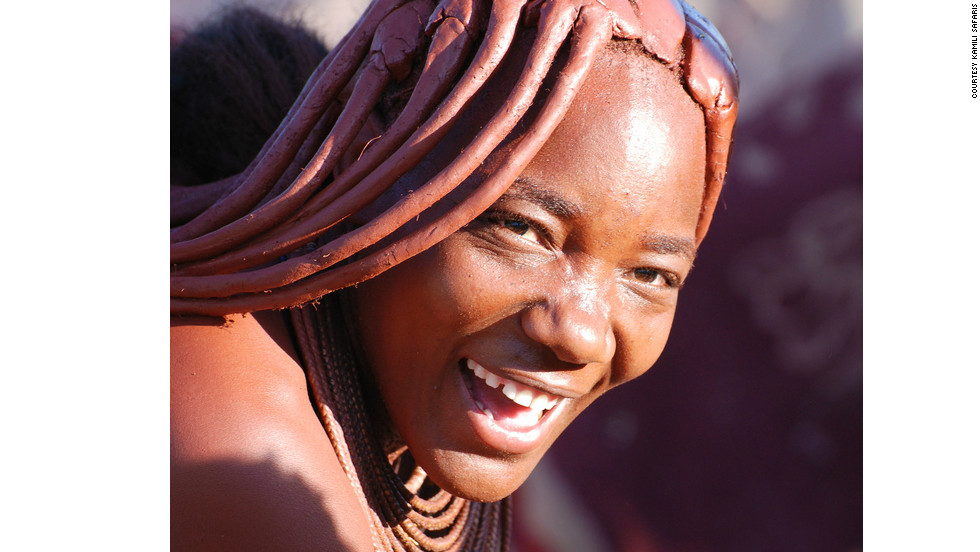 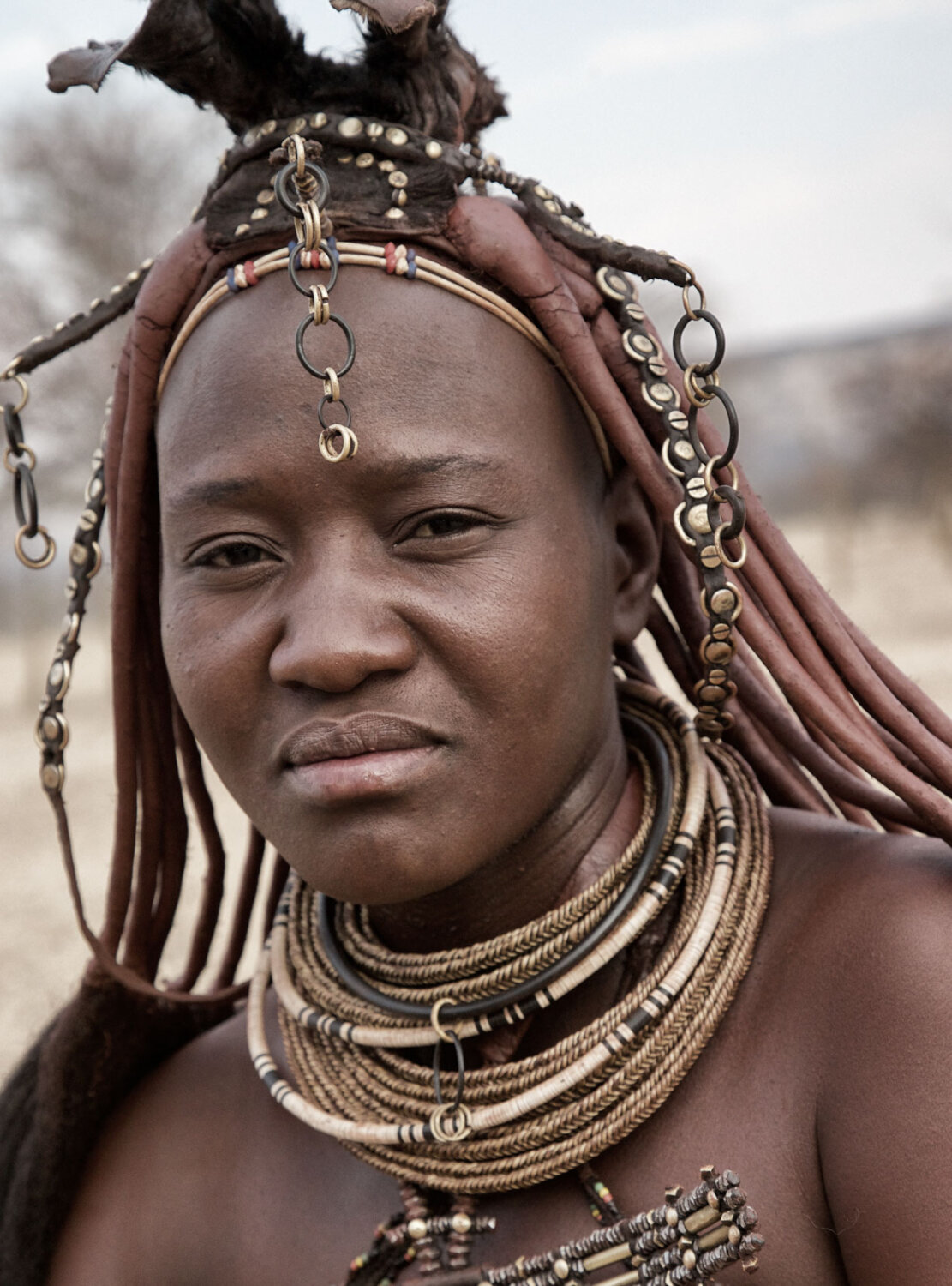 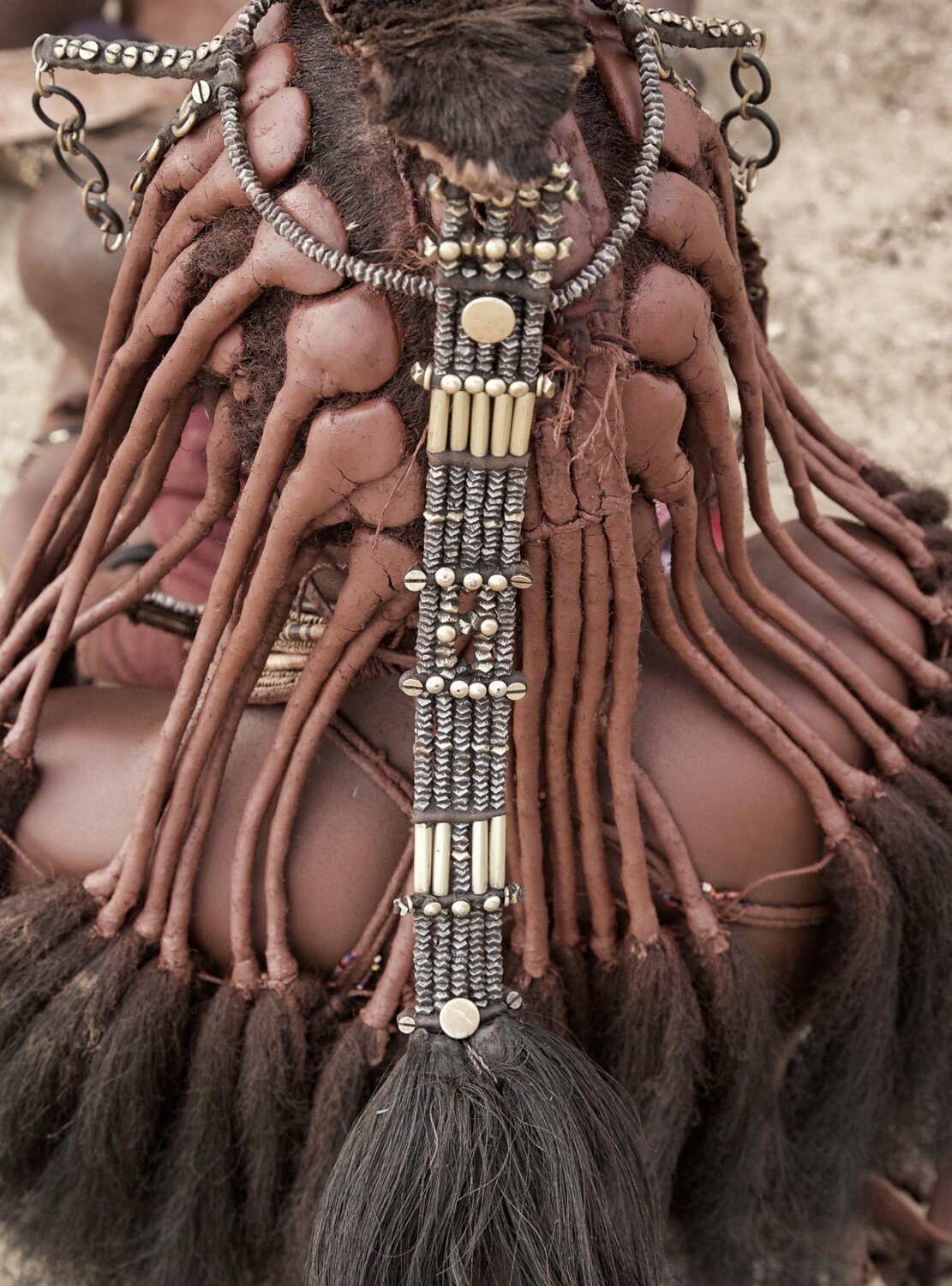 Hair is also seen as a symbol of fertility amongst the Himba community where thick braids and lustrous hair indicates a women’s ability to bear healthy children. Women who have been married for about a year, or have had a child, wear an ornate headpiece called the Erembe, sculpted from sheep or goatskin, with many streams of braided hair, colored and shaped with ‘otjize’ paste. They will also be given a necklace that incorporates a cone shell, known locally as Ohumba, which is also considered a symbol of fertility.

Want try any of the Himba women hairstyle? Let us know what you think.