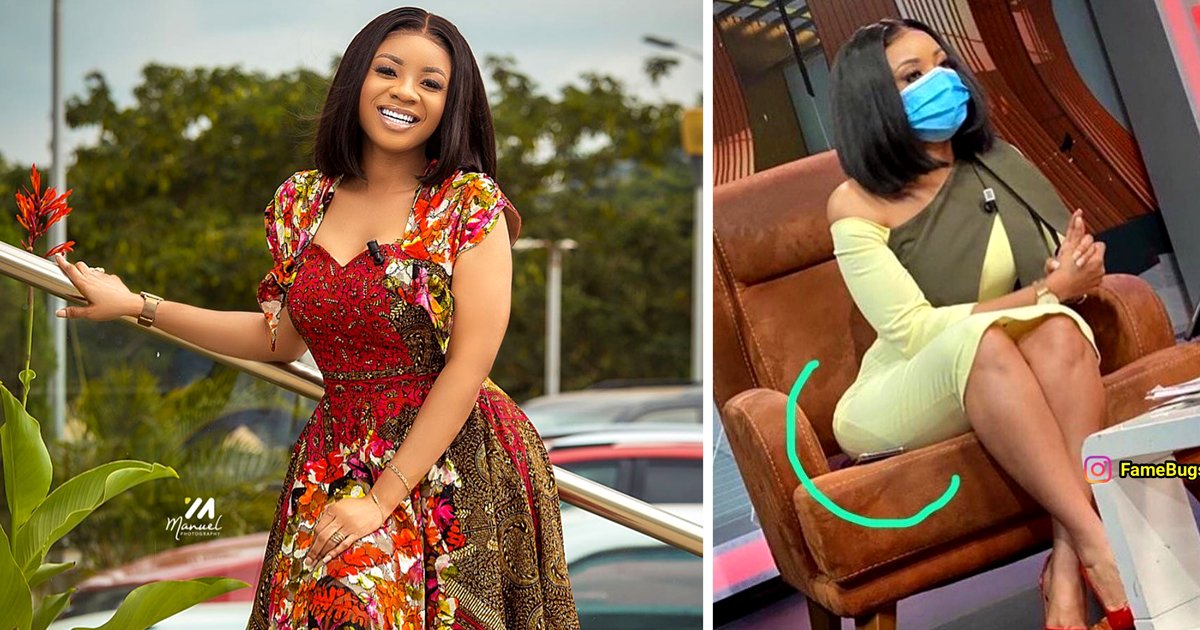 Serwaa Amihere is a Ghanaian broadcast journalist and news presenter who currently works with GHOne TV. She won the Television Female Newscaster of the Year Award at the 2018 Radio and Television Personality Awards.

In one of her recent shows her waistline slanted at an awkward shape towards her butt which has had the whole Ghana question if she has been falsifying her public appearance all along.

In Ghana, there is a culture of curvy women in this industry mainly being curvy especially where hips is concerned. Her recent expose supports the notion that women are being thrusted into their position simply because of their looks. It comes at a bad time as it follows the publicised rumours made by a radio pundit Mona Gucci, who claimed she got into this business after being pimped by Nana Aba. Although the two are not really connected, they both raise questions and bring doubts to the reputation of the presenters. See the image below.