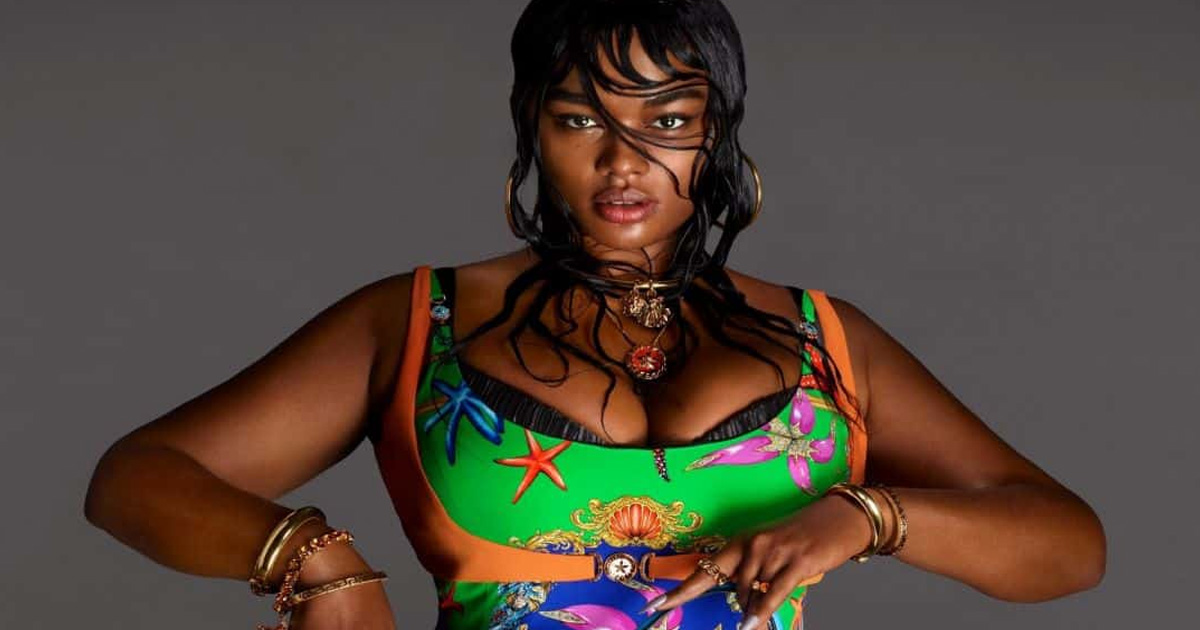 Precious Lee was the first African-American plus-size model to appear on the pages of American Vogue after the racist magazine became more receptive to alternative races. 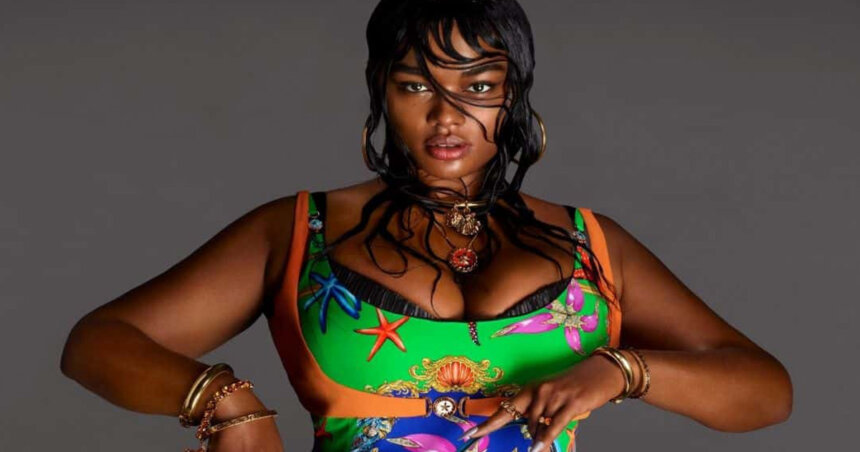 Now she is also the newest star of Versace’s spring/summer 2021 campaign alongside Kendall Jenner and Hailey Bieber. The advertising campaign was revealed on 12 January.

Lee is a fierce advocate for race, diversity and plus-size inclusivity in the fashion industry.

For its new campaign the Italian fashion house created the mythical land of Versacepolis which has an under-the-sea theme where the models appear as modern Medusas.

The fresh and thought-provoking campaign was inspired by the vastness and beauty of nature, transporting one to the unexplored depths of the ocean. The spotlight is on the LaMedusa handbag for this one.

Lee is seen in the same colourful and vibrant dress she wore on the runway, but with the addition of a powder-blue Versace LaMedusa handbag, in her first campaign for the brand.

At the beginning of January, Lee posted a throwback clip of her Versace runway walk at Milan Fashion Week with the caption “Less talk, more walk 2021”.

Fashion industry A-list models Jenner and Bieber are also among the beautiful faces of the Versace SS21 campaign. Jenner is seen in black holding up her black Versace LaMedusa handbag.

In a statement, Donatella Versace said: “With these images I wanted to portray the modern Medusa. Or better, to highlight how her many faces can be drastically different from one another and every woman can actually be Medusa.”

“All of us, with our differences and unique characters, we can express ourselves also in the way we decide to dress. The same thing is true for me, of course.

“We live in a world in which gender differences are no longer important and we have been given a kind of freedom like never before. Let’s use it and use it well,” she said.