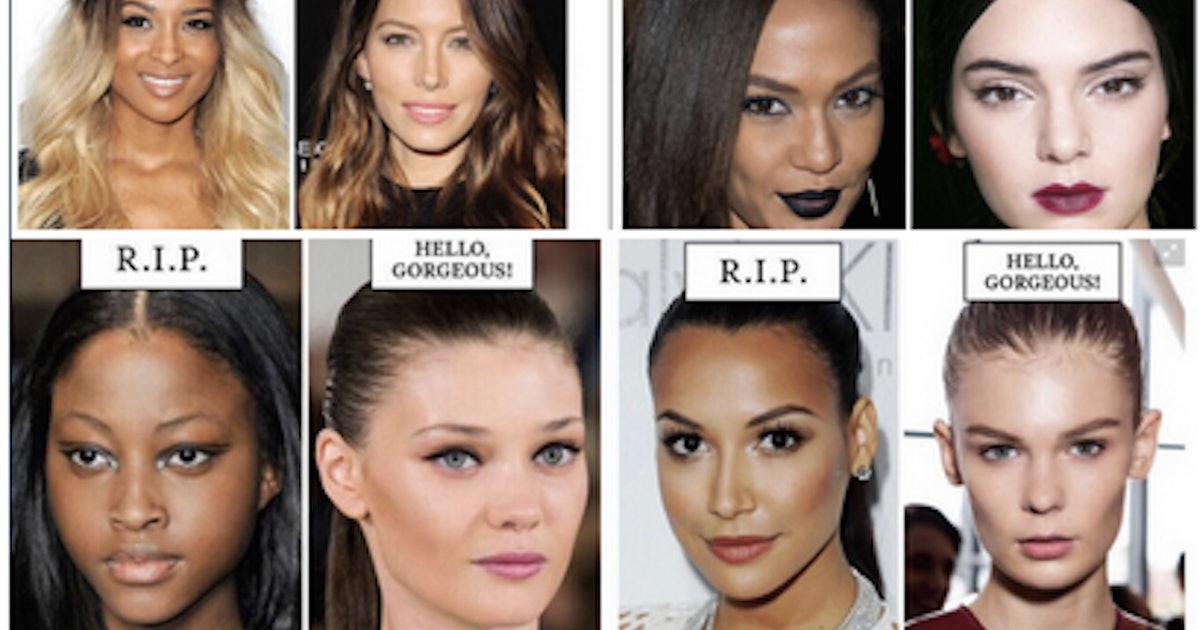 Racism In Cosmopolitan Magazine: How To Respond To The Fear Of Black Beauty 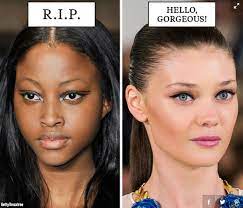 The outcry enters in where roughly 6/7 of the R.I.P. images are of women with darker skin tones with the initial R.I.P over their heads and clear white skinned ladies next to them with the words ‘Hello Gorgeous’ hanging over their heads as seen in the images.

We took the time to review the other images of the tips on the website to see if the outcry was just a result of handpicked images purposely to taint the image of Cosmos and if there was a possibility (at least in a couple of images) that the situation was reversed. But yes, if there were any darker skin tones in the comparisons, they were all in the R.I.P. section, even the white women with tans.

Coincidence? Racism or not? Who cares, the point is why do you continue to buy into rubbish magazines like Vogue that have continued to indicate that you are far from their concern as a reader, and then wait until you see something racist only to give them more promotion. 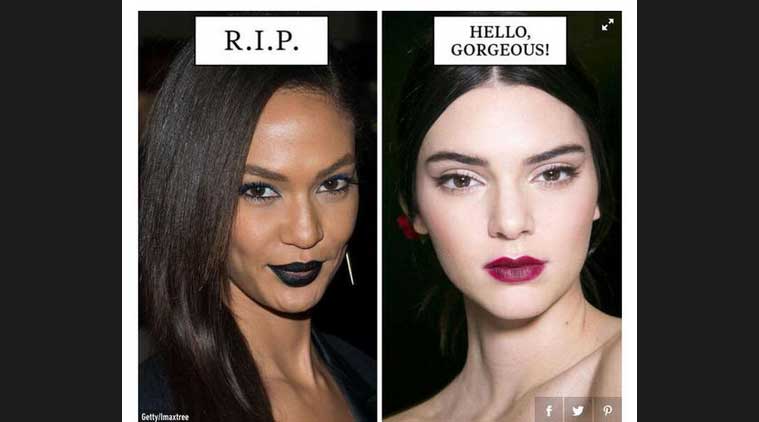 In 2015 it is obvious where racism lies, and yes Cosmos will come out with an apology, but the only aftermath is that they have been made richer. And life goes on as usual. In fact, the racism from such high end magazine doesn’t even come across as something to be worried about, it really comes across as a fear the mainstream media may have over the growing admiration of all races and beauty.

So If you want to end the racism in these magazine, here are some simple steps.
1/ Don’t buy their magazines.
2/ Don’t visit their websites.
3/ Encourage your friends to not buy their magazines or visit their website.
4/ Do not give the racist magazine extra promotion when they execute racism by posting them on your social media, unless you are directing people to something that encourages people to not buy their magazines, or to a process to shut them down, or to ensure they lose money.
5/ Find something else that is as good, that gives a fair and balanced representation or the representation you like.
6/ For every time you see someone share something from the racist magazine, whether in appreciation or in complaint, you reply with promoting the alternative.

If you are complaining about the fashion magazine (or any racist entity for that matter) that you don’t like, more than you are supporting the version that you do like, then you are part of the problem. And that’s how to end racism.

If those who really are disgusting work in this manner, Cosmos will be doing everything tomorrow to create balance. But you aren’t, and they learn from Vogue that you will be buying their following issues tomorrow. So wisen up and complain the right way. See more images below.

This is absolutely preposterous!