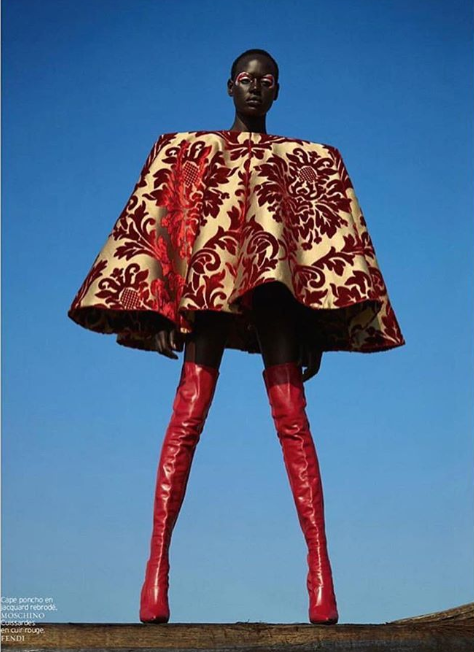 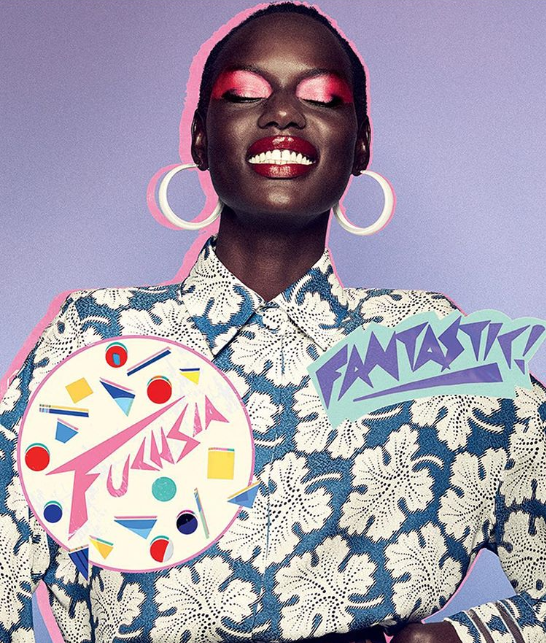 No doubt that New York based, Sudanese born and Australia raised top model Ajak Deng definitely had her own share of challenges facing Africa/black models in the world of discriminating fashion industry. But her tough passion for her career and spirit for success pushed her to the top; walk in the biggest fashion runway and featured in campaigns for top brands.

She broke into the modeling world about a decade ago, when she was scouted while still in secondary school. She made her runway debut at Melbourne Fashion Week, and has since stormed the runway for the likes of Louis Vuitton, Givenchy and Jean Paul Gaultier.

Growing up was no walk in the park for her, as her family fell victim to the civil war in South Sudan which led them to flee to a refugee camp in Kenya where they spent three years. After losing her mother to malaria, the Australian government moved her family out to Melbourne when she was 11 years old, and that was the beginning of her runway fate.

Although given her sculpted physique, stunning skin tone and striking features, you’d think a career in modeling was predestined for her; however, her initial dream was to fight in the army. Speaking to The Sydney Morning Herald about becoming a model, Ajak said:

“I wanted to join the army but my teachers at Kurunjang Secondary College told me no, that it wouldn’t be for me.

They knew I loved to travel and had a thing for fashion and suggested modelling, and since then I haven’t looked back.”

Ajak is very hard to miss, and you’ve probably noticed her in a magazine editorial or storming the runway during fashion week. Despite this, as per usual in any industry, her race poses a problem as she doesn’t get booked as much as other white models do. To protest this, in February 2016, the model announced in a now-deleted Instagram post saying:

“I am happy to announce that I am officially done with the fashion industry, I will be moving back to Australia in order to live the life that I fully deserved, which is real life. I can no longer deal with the fakes and the lies… My life is too short for this dramatic life.”

Despite the enormous challenges she has faced in the industry, she managed to soar high and didn’t allow the challenges to define her. 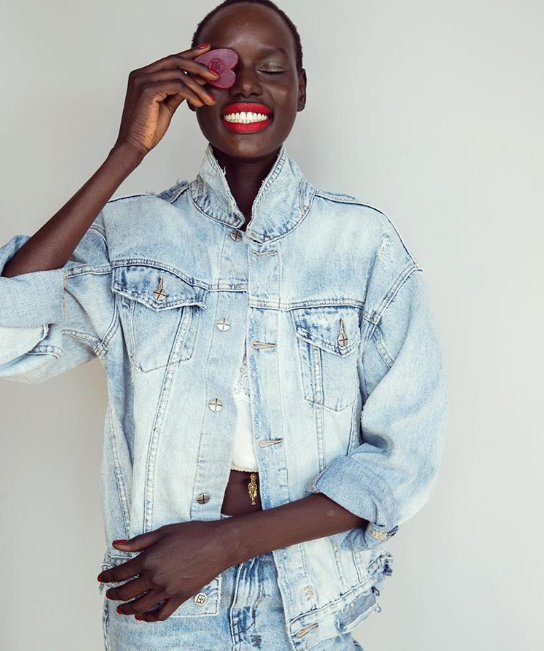 Hopefully, all rising models that are facing challenges in the local industry will learn from her spirit of endurance and work little harder to improve and prepare themselves for better opportunity. Because we need more models like Ajak to shake the table so that black models get their coins for their good and hard work!!