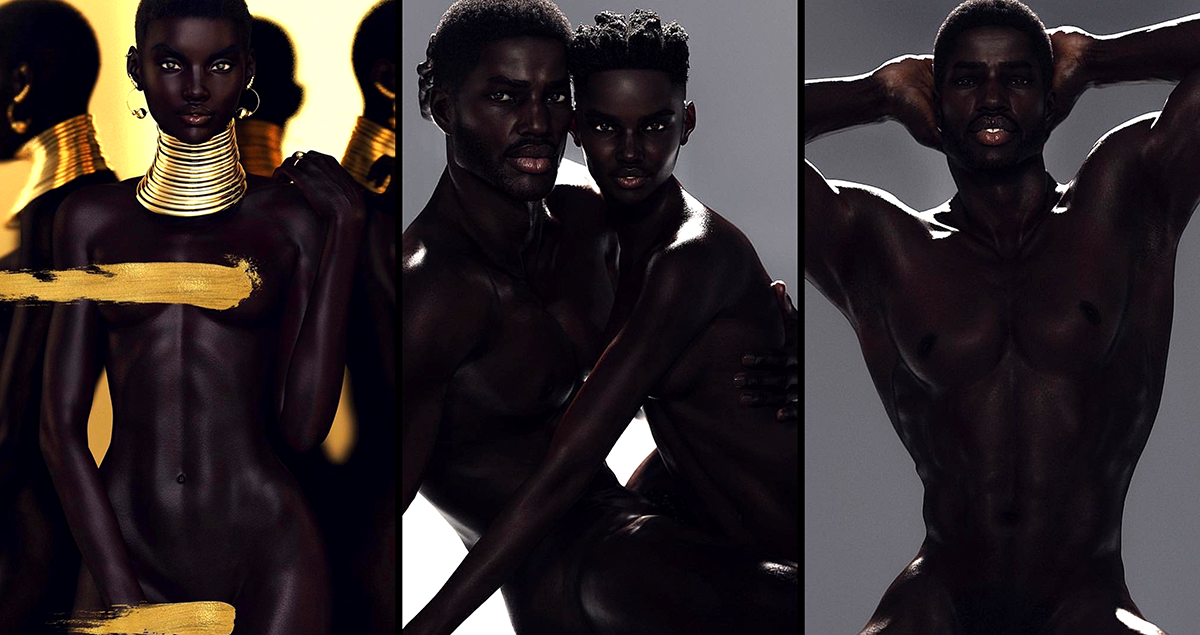 PICS: Remember The Viral ‘Is She Real’ Model Shudu? She Now Has A Dark AF Male Model & He’s Ghanaian

As if the controversy wasn’t enough for the makers of Shudu Gram, the computerize dark skinned model that took the internet by storm in 2017. First people went through the dilemma period of debating if she was real or not, after seeing countless videos and images of Shudu on various social media platforms.

Once it was discovered she was computerized it then stirred up a whole new level of controversy. The question of why a false black model, created by westerners stormed in the midst of many publications of black models facing racism in the industry, is being used and promoted to model for big brands and take jobs when black models are having it hard already.

Well if you thought that was bad enough, the creators of this beauty have wondered their talents to a male model now, just as dark, and his name is Kofi, so he must be Ghana and born on a Friday also….I’m sure the don’t know that part.

Kofi is not the first computerized model they have created since Shudu, however hes the first to hit since Shudu. Let’s not deny that despite how much mainstream tries to lie to us the dark skin doesn’t sell, the only reason why Shudu and Kofi are making waves much more than the other characters is the rich melanin skin they have been edited with. In fact Shudu’s social media pages has been the launching pad for all other creations.

So are the creators going to milk this ebony rich feature and continue to take paid jobs of made up dark skinned people. It almost feels like the newest most advance form of black face. Where white actors in America will have their faces painted white to avoid giving acting roles and jobs to black people. Hate to make it race related but there is a small hint of that. Anyways see Kofi below.