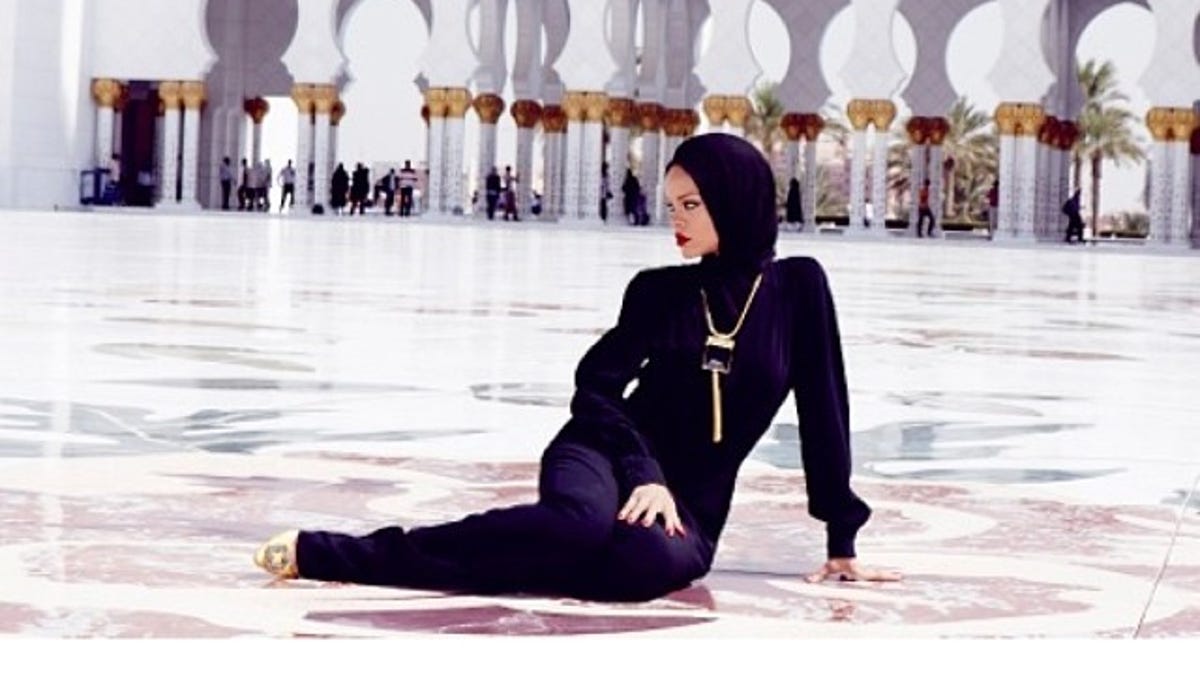 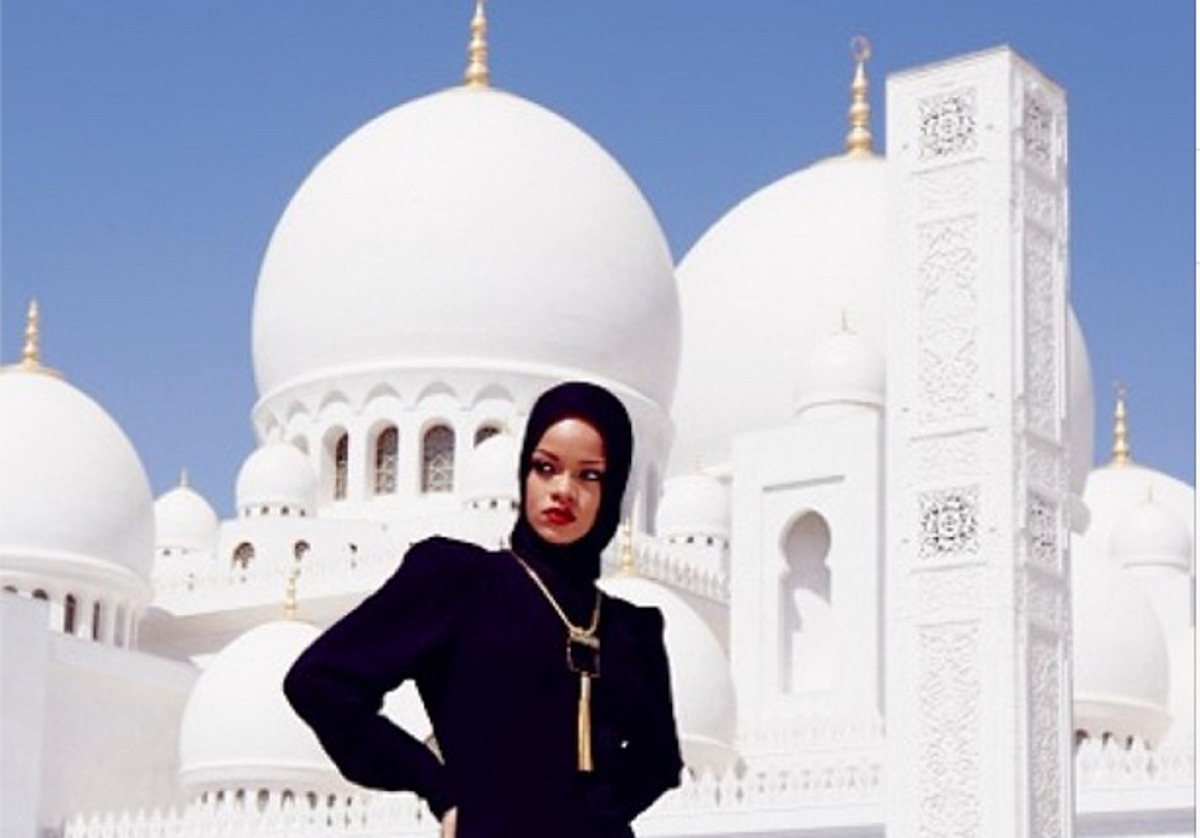 She is known for leaving little to the imagination in skin-revealing outfits.
But in a surprise move, Rihanna opted to respect local customs and covered up while in the Middle East.
The 25-year-old was seen dressed from head to toe in a hooded black jumpsuit as she posed outside a mosque in Abu Dhabi in the United Arab Emirates on Saturday. 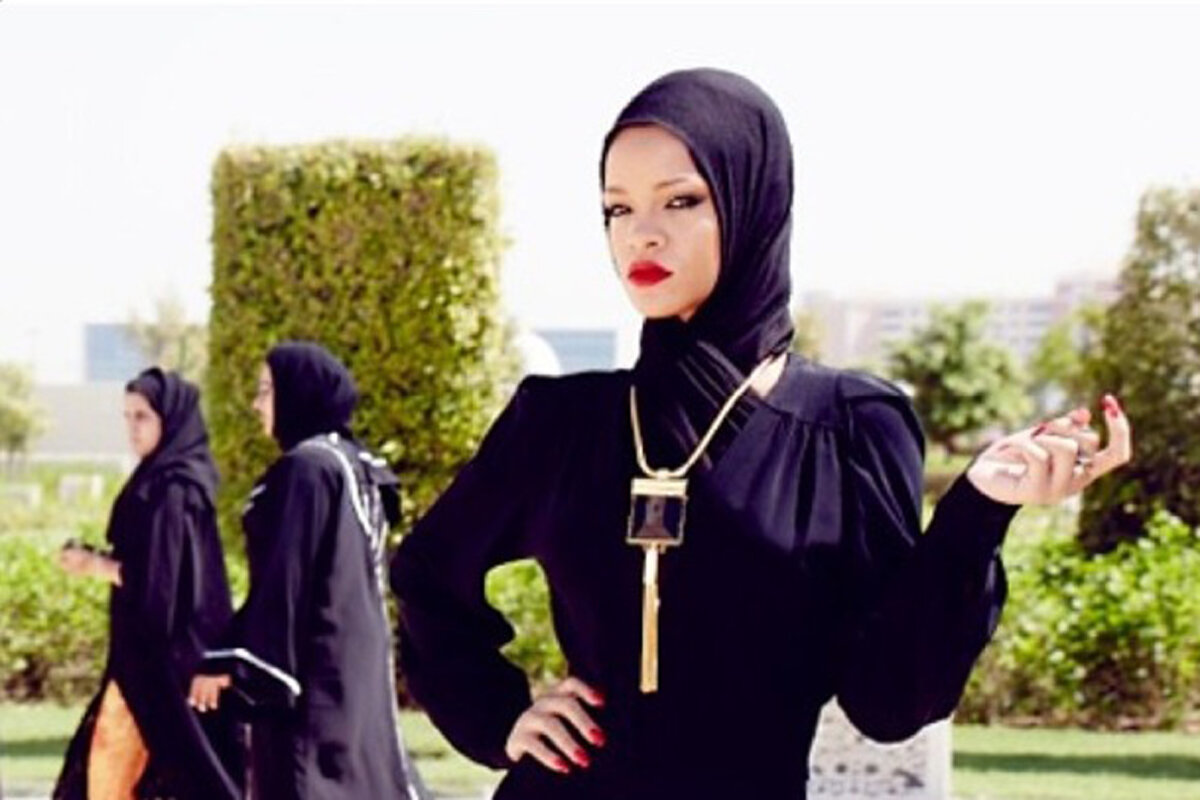 The singer paid heed to the dress requirements in the Middle Eastern city, where local women tend to cover up their bodies – often everything except their eyes and hands – for religious reasons.

Tourists tend to be looked at askance if they wear revealing clothing, and many of the malls bear signs at the entrance asking visitors to cover their knees and shoulders.

Despite her conservative attire, Rihanna made sure to turn her outing into a fashion shoot as she posed dramatically outside the Sheikh Zayed Grand Mosque.

She upped the glamour with crimson lips and dark red fingernails, and added a statement gold necklace as she posed with a hoodie covering her head.

Rihanna is currently on her Diamonds world tour, having just arrived in the country after playing shows in South Africa.

Hopefully concertgoers will be happier than her fans in Johannesburg, who were reportedly outraged at her performance on Sunday night.

Fans complained that her alleged lip-synching and lackluster performance wasn’t worth the high price of the concert ticket, according to RadarOnline.

‘It was obvious,’ the paper’s staff photographer Sharon Seretlo said of RiRi’s purported lip-synching. ‘You know when someone is lip-synching. I was in the Golden Circle [close to the stage]. I could see it.’

At least she makes it look good. What’s going on with the ladies leg in the second picture. :O

Dis girl is crazy. da muslem people dont need her rubbish. she shud stick to being naked if she is just doing dis for money. kmtttttt

I don’t see anything controversial here. Am I missing something? Fred