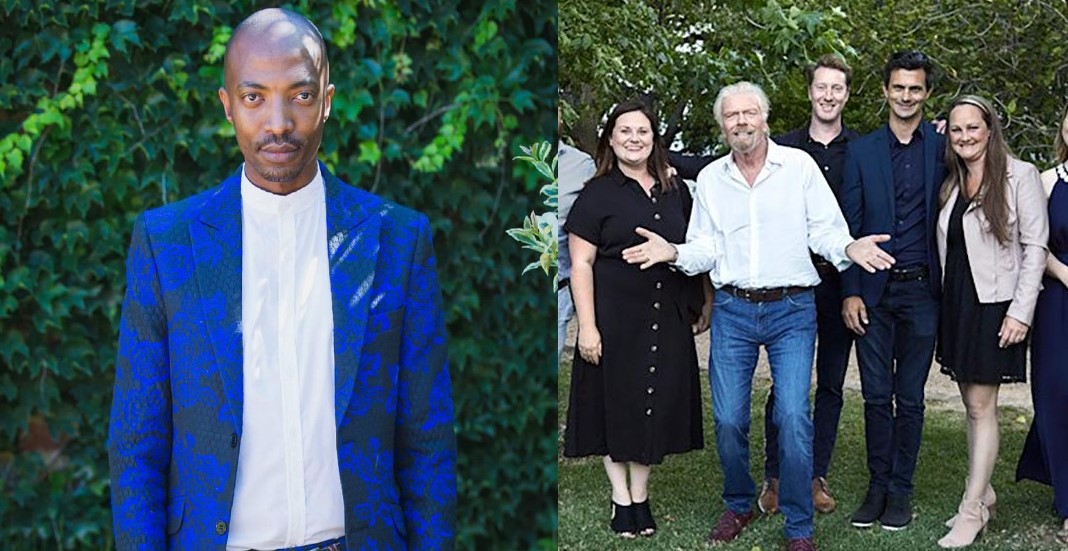 Sir Richard Branson has apologised after he posted a photo to launch his entrepreneurship centre in South Africa which ‘clearly lacked diversity’. 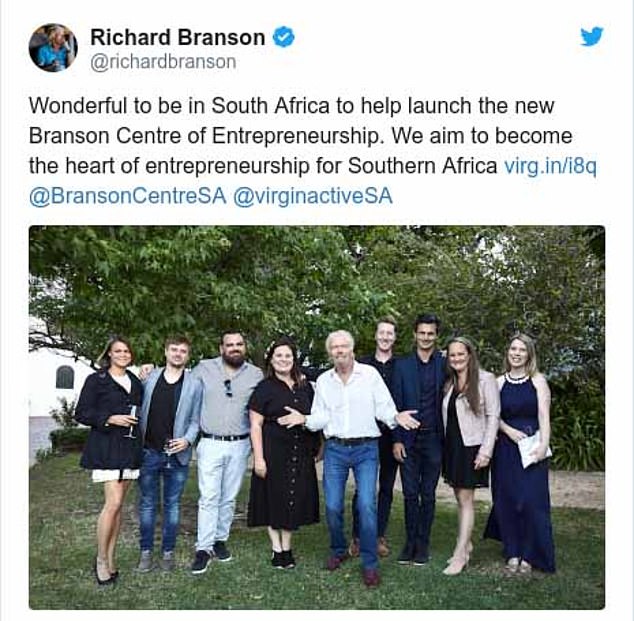 Thula Sindi, a South African fashion designer, asked the multi-billionaire on Twitter: ‘Where did you find so many white people in South Africa?’

Billionaire Richard Branson has been taking criticism since he tweeted out a photo celebrating his new Branson Centre of Entrepreneurship in South Africa without one African or person of color in it. He already made it clear which direction his company was heading in.

On Tuesday, the 69-year-old founder and CEO of Virgin Group apologized for the misguided photo op with a group of whites, seemingly forgetting the continent’s indigenous population, CNN reports.

“The Branson Centre of Entrepreneurship is for all South Africans, but yesterday’s choice of a photo to go with my tweet clearly lacked diversity. Apologies,” Branson tweeted. He also tweeted another more diversified photo, this time with five white people and two people of color. 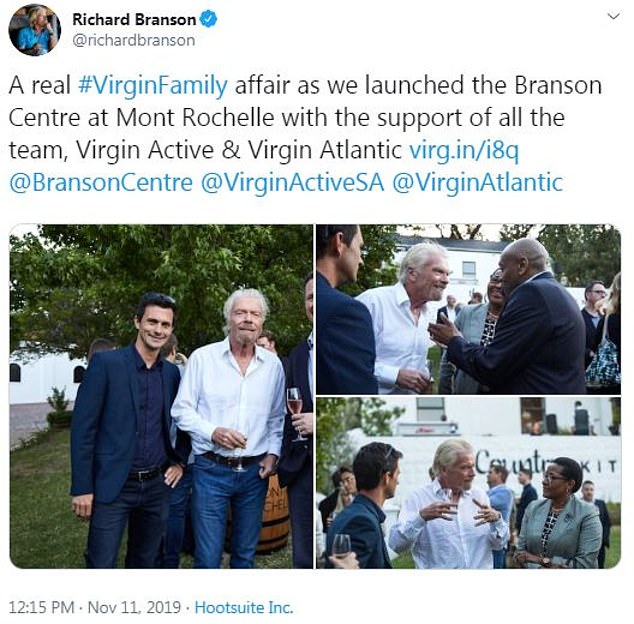 “We aim to become the heart of entrepreneurship for Southern Africa,” Branson stated in his since-deleted original tweet, along with eight white people in a Cape Town, South Africa.

That photo drew ire online by many who wondered why there was such a lack of people of color involved in his project.

Thula Sindi’s comment seemed to have gone viral.
“Where did you find so many white people in South Africa???” South African fashion designer Thula Sindi tweeted to Branson.

“That must have really taken an honest effort [to] exclude the majority of the population, which is just as skilled and talented. Wow. Incredible.”

Branson then asked people to view his blog page to get a better idea of who has been involved with his project.

“I hope you will take a look at my blog which does far better justice to the amazing work of the Centre and its team,” Branson added in a tweet.

“We will play a more meaningful role in entrepreneurs’ lives than your average accelerator, supporting companies to not just survive, but thrive, and make business a real force for good in society, for the environment and the economy,” he wrote in the blog post.

According to its website, “the focus of the Branson Centre is entrepreneurialism and social responsibility, including helping corporates solve their supply-chain and strategic difficulties by linking them with entrepreneurs. We will play a more meaningful role in entrepreneurs’ lives than your average accelerator, supporting companies to not just survive, but thrive, and make business a real force for good in society, for the environment and the economy.”

South Africa, which dealt with the scourge of its apartheid system for much of the 20th century. The nation is now grappling with the problem of rampant poverty and reported xenophobic attacks of its citizens against foreign nationals from other parts of the continent.