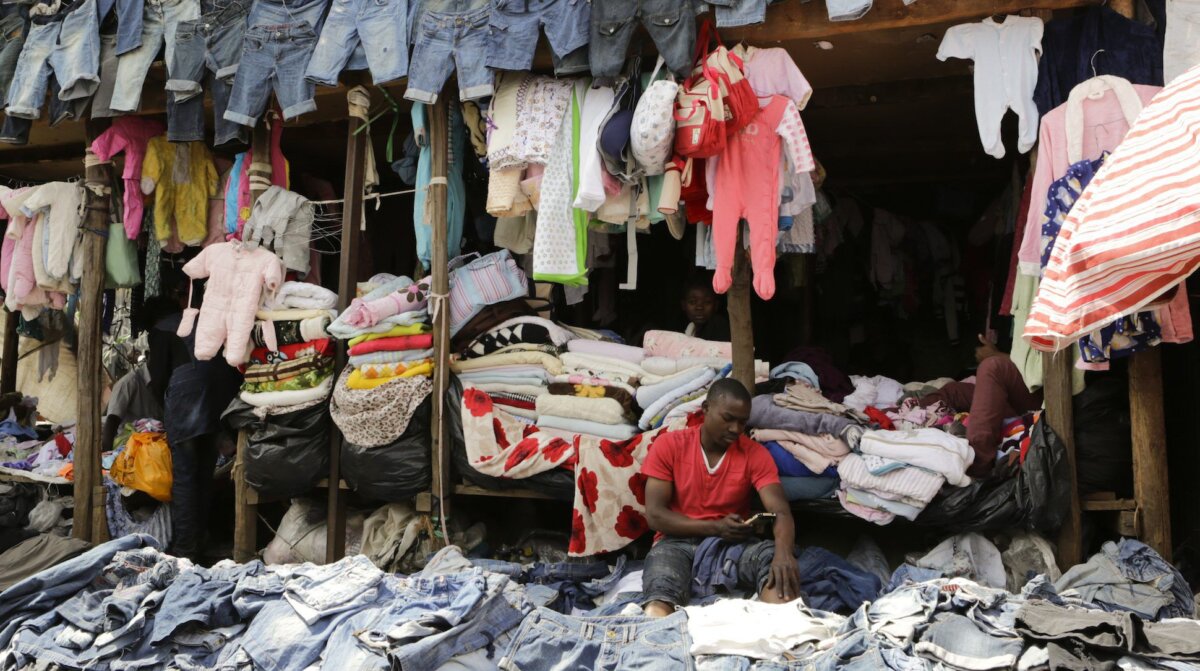 The government of Rwanda has deliberated on a strategy to develop the textiles, apparel and leather industrial sectors and a blueprint was consequently designed on how to implement such a strategy.

This move was to phase out imported used clothes and leather products locally known as “Chagua”.

Rwanda’s strategy estimated that, if everything is implemented, this could create 25,655 jobs, increase exports to $43 million and decrease imports to $ 33 million by 2019 (from $124 million in 2015). The impact on trade balance will result in savings of $ 76 million over the 3-years period.

In the 2017/18 Budget estimates, the Government also eased taxes on inputs under the Made-in-Rwanda initiative, which is expected to facilitate growth of the local textile industry.

However, The U.S has made a fresh call for the East African Community not to phase out imported used clothes and leather products, but Rwanda says the U.S should not shift goals on what was agreed by the parties in 2015 when the African Growth and Opportunity Act (AGOA), pact was renewed.

In 2015, the East African Community (EAC) Heads of State adopted a three-year gradual process to phase out the importation of second-hand clothes and footwear to promote textile, apparel and leather industries in the region and instead focus on evolving domestic industries.

This move, was deemed to make EAC textile and leather factories self-sufficient to serve the local and international markets, including AGOA market which had kept the window wide open for African exports into the American market same year.

Despite Kenya rescinding on the decision at a later stage, Rwanda, Uganda and Tanzania have remained “solid” on their stance to phase-out second hand clothing.

The move to phase-out the importation second hand clothing has put Rwanda, Uganda and Tanzania’s eligibility to trade with the U.S. under review.

The review could see the three countries lose duty-free access to the American market under the AGOA, despite U.S. being only the third highest exporter of Second hand clothing to Rwanda in 2017, according to Rwanda Revenue Authority.

However, in an interview, Vincent Munyeshyaka, Trade and Industry Minister maintained that despite the consequences of being locked out of AGOA, Rwanda has to make a choice between continued importation of used clothes and developing the local textile and shoe industries and is keen on the latter.

“Rwanda’s stand has not changed,” Munyeshyaka said, adding, “we want to build domestic textile industry, we want to promote Made-in-Rwanda and close the trade deficit gap by reducing importation of goods which we can locally produce such as clothes and shoes.”

Under AGOA, US waiver tariffs applies to selected 6,000 African products, including textile and leather.

During the year 2016, Rwanda exported goods worth $1.2 million through AGOA window while commodities worth $771,000 were exported through Generalized System of Preferences (GSP) to the U.S.

In total, commodities totaling to $25 million were exported from Rwanda to the U.S.

He added that the U.S was offered a number of options to consider as the EAC implements its plans.

“We are not banning second-hand clothes. Our offers to the U.S were to look into the rule of origin for the used clothing (because most of them are not actually made in the U.S), ensure maximum hygiene precautions, not import underwear, leggings and similar outfits ,” Nduhungirehe said.

“I believe the results of the meeting next week will determine how we proceed,” Harry Sullivan, acting head of the economic and regional affairs unit in the State Department’s Africa Bureau, said, according to media reports from east Africa.