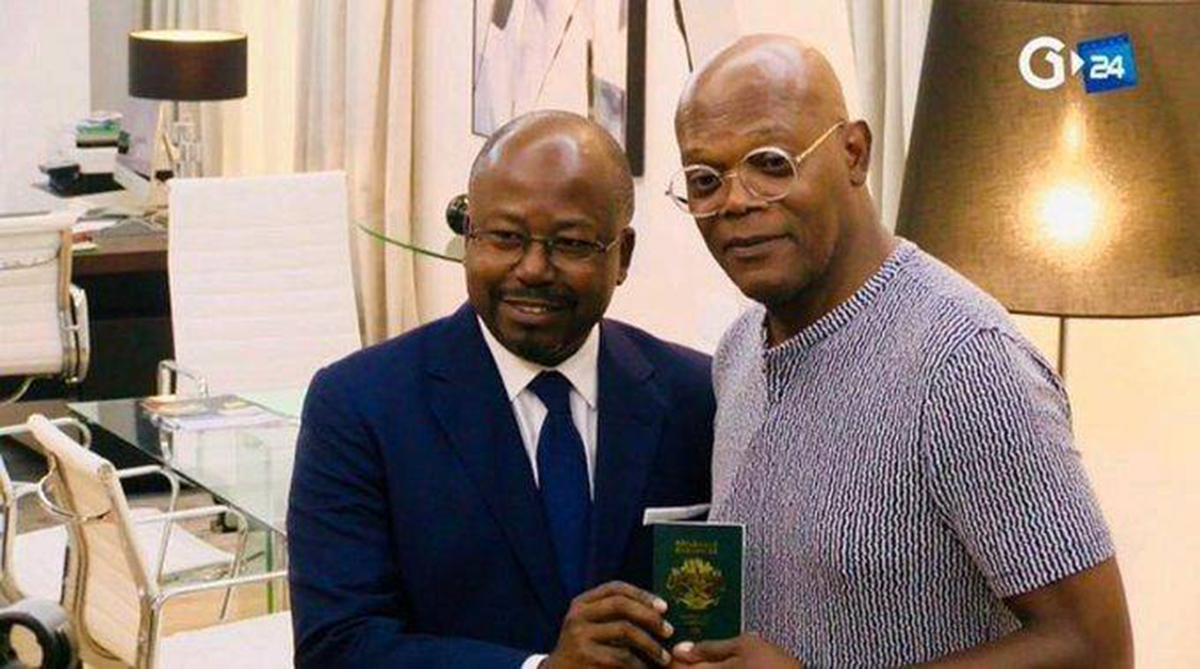 PICS: Samuel L Jackson Touches Down In Africa & Granted A Passport, But Wait Till You See Him In African Fashion

African American Actor Samuel L Jackson received rapturously by the people of Gabon and given a Gabonese Passport by the Country’s Foreign Minister after tracing his roots to the Central African Nation … He has been in Gabon since July 23rd ….

2019 has been dubbed the Year of the Return commemorating the landing of the first Ship of Enslaved Africans in North America (Virginia -1619). Luckily for Samuel L Jackson, he arrived safely without dealing with snakes on the plane. He did not only get granted a Gabonese passport, the ‘Nick Fury’ marvel actor was seen in a fabulous African woman wrap and a white top. See him rock in Gabon below. 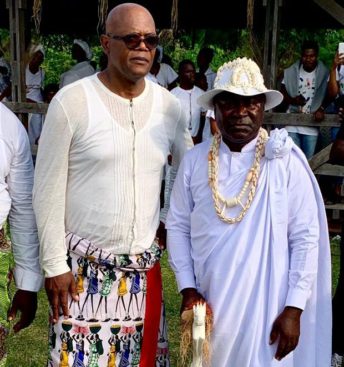 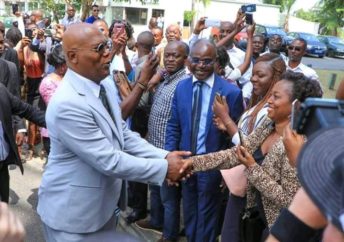 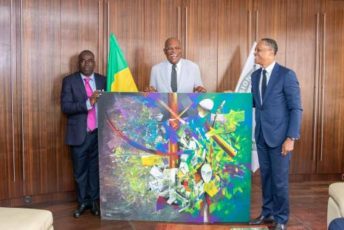 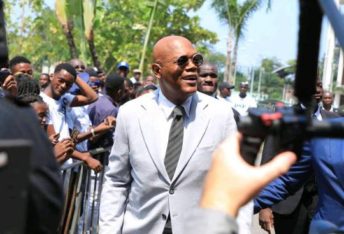 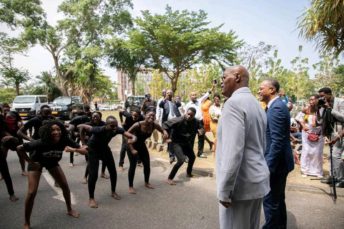 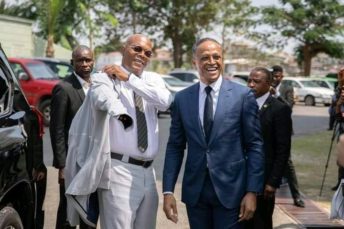 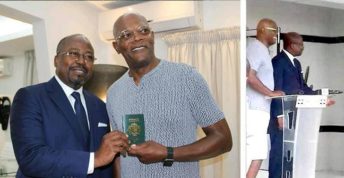 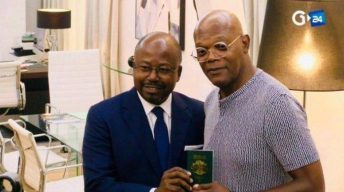