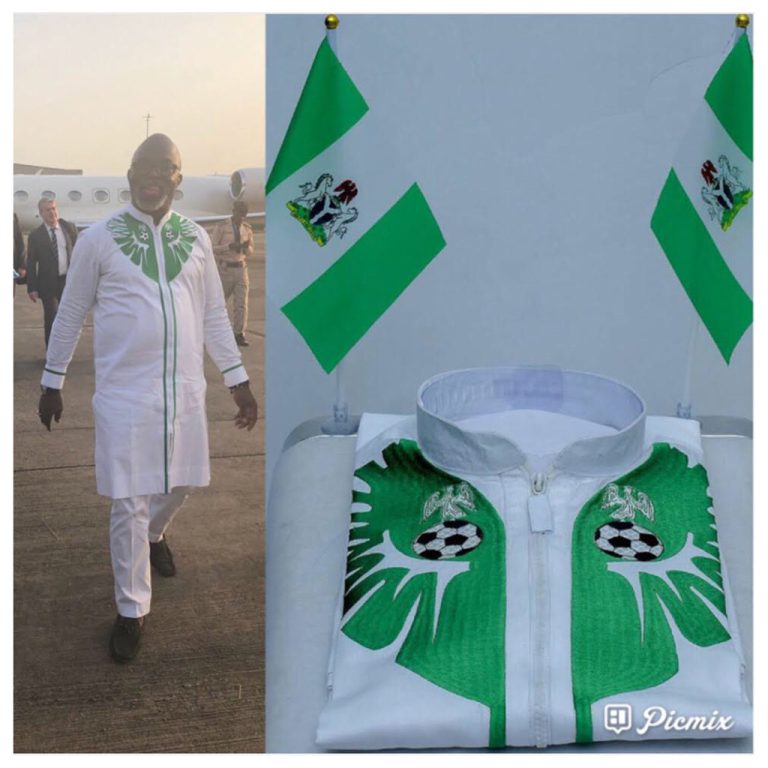 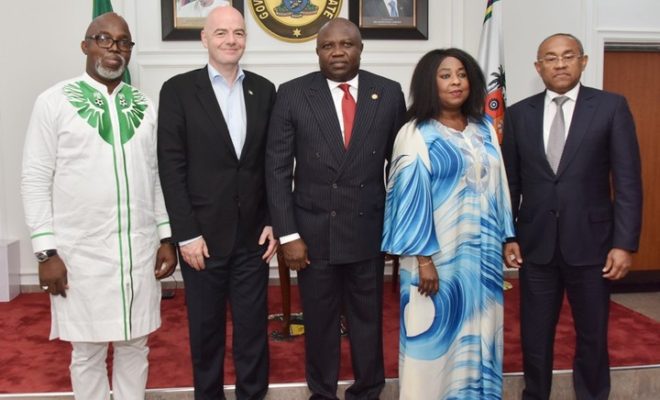 Chief Executive Officer, CEO of Gt Stiches, Mr. Esimaje Awani hinted that Nigeria’s Senior National team, Super Eagles will gloriously feature in the forthcoming Russia 2018 with the colourful apparel designed by the Delta based fashion home. The Super Eagles are grouped alongside Argentia, Croatia and Iceland at Russia 2018 world cup.

The apparels are designed in the nation’s colors of green white green and crested with an eagle on top of a ball.

Sample of Gt Stiches’ outfit was worn by NFF President, Amaju Pinnick when FIFA President, Gianni Infantino and his CAF counterpart, Ahmad Ahmad visited Lagos State Governor, Akinwumi Ambode earlier this week. Infantino had visited the state to take part in FIFA executive summit after Nigeria was picked as one of the nations to host the twelve summits between November last year and March.

Infantino also used the opportunity to attend the NFF Awards in Lagos where Victor Moses was awarded player of the year while the female category saw Asisat Oshoala going home with the award. Plateau United’s coach, Kennedy Boboye was presented with the Men’s Coach of the Year award, while Ann Chiejine, former Super Falcons goalkeeper and assistant coach went home with the Women’s Coach of the Year award.

Few weeks ago, Nike unveiled Super Eagles 2018 FIFA World Cup jerseys which was warmly welcomed by fans on social media. The new Super Eagles jersey was designed by Matthew Wolff who works for Nike. After the unveiling, he took to Twitter to say; “It was so much fun designing these World Cup 2018 pieces for Nigeria with the Nike team!”

The jersey is expected to give Nigerians a nostalgic feeling about the USA 94 World Cup which has exciting.