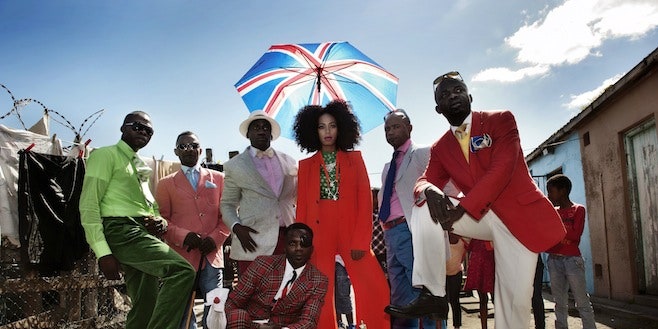 Solange Knowles wasn’t lying when she said her music video for the new single Losing You, shot in the Cape Town township of Langa, “really didn’t have a firm concept in place”. 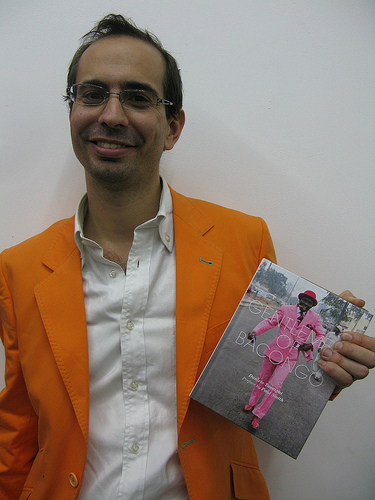 Italian photographer Daniele Tamagni, whose glossy book Gentleman of Bacongo partly inspired the music video, said yesterday that the 26-year-old’s video was supposed to be shot in Brazzaville.

Tamagni’s book documents the Le Sape Society (sape is French for “dressing with class”), and follows sapeurs, who dress in bowler hats and tailored suits and smoke cigars while strutting around in Brazzaville, in the Republic of the Congo.

Knowles’s video eventually had to be moved to Cape Town – to coincide with her cover shoot with the local Elle magazine’s November issue.

Tamagni said yesterday: “We decided the original idea of Congo was too complicated so we moved it to Langa, which reminded her so much of Brazzaville – especially the atmosphere.

“She was trying to show the vibrancy, and give the appearance of positivity [in the video].” 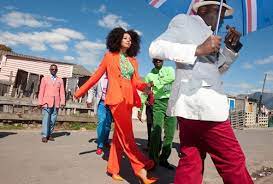 In an interview on Monday, Knowles told internet publication Pitchfork: “When Melina [Matsoukas] and I decided to film Losing You in South Africa, we really didn’t have a real firm concept in place.

“It was sort of a ‘grab a camera and let’s go’ moment.

“We called Daniele to guide us, and some of my friends from New York came down to Cape Town and we all had a very damn good time.”

Tamagni, who had never travelled to South Africa before, said he was emotional because his work had “inspired a musician”.

He said Knowles had been “really attentive” throughout the project.

In the video, Knowles invades people’s kitchens, barbershops and a tailoring shop, takes a 15-seater taxi like a normal Capetonian, goes bike riding around a neighbourhood, and takes a dip in a community swimming pool – all while dressed to the nines.

Despite the melancholy lyrics, she couldn’t seem happier, strutting around in designs from Kenzo, Opening Ceremony, Suno, J Crew and DVF.

The video was directed by Matsoukas, a certified star in the music video production scene.