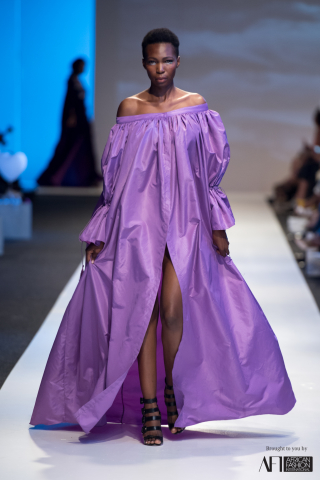 The annual event, which features SA’s top designers and draws 1000s of industry entrepreneurs, buyers & influencers as well as local & international media to Cape Town, has been recognised by the City of Cape Town as a major catalyst for the growth of and creation of jobs in the fashion, design, textile & tourism industries, both locally and countrywide.

“The powerful impact of events like Mercedes-Benz Fashion Week Cape Town cannot be understated. Together, the fashion, design and tourism industries – grown and supported by AFI initiatives like Fashion Week – are a significant contributor to Cape Town’s economy and, by extension, contribute to the national economy,” says Anton Groenewald, City Executive Director of Tourism, Events and Marketing.

Groenewald has hailed AFI’s numerous ongoing initiatives – including the various Fashion Weeks (Joburg A/W Cape Town S/S and Africa), AFI Fastrack™ & the AFI Next Generation incubation programmes, AFI Africa Fashion Awards, AFI Privé, AFI Africa Trade Expo, and the AFI FashionTalks seminars – as being instrumental in the fact that, in 2013, textiles and clothing accounted for about 14% of South Africa’s manufacturing employment as well as being its second largest source of tax revenue.

Further reflecting the economic power forged by South African fashion are the impressive rankings of Cape Town and Johannesburg on The Language Monitor 2014’s list of world fashion capitals, with these cities being ranked at 27th and 37th, respectively. The partnership between the City of Cape Town and AFI goes a long way in recognising the impact that a sustainable and thriving fashion industry will have on the overall economy.

“AFI is proud to work with the City of Cape Town once more to build on the already-significant growth in local design-related industries. The City’s continued endorsement and support of AFI in showcasing the country’s best design talent, providing designers with access to global markets and helping them to develop sustainable business models, is invaluable to the growth of the continent’s fashion industry,” says AFI Spokesperson, Sizwe Nzimande.

The City has similarly recognised AFI’s efforts (and MBFWCT in particular) in Cape Town’s successful tenure as World Design Capital (WDC) 2014, which was awarded to the Mother City in recognition of its efforts to utilise design as a tool for social, cultural and economic development.

Meanwhile, AFI’s efforts to encourage international media to publish and broadcast Cape Town’s and South Africa’s rich culture, tourism and business potential will no doubt again be evident at MBFWCT 2014.

This year, 27 of the country’s top designers will present collections in 15 shows over three days at Mercedes-Benz Fashion Week Cape Town 2014, at the Cape Town International Convention Centre, 24-26 July.