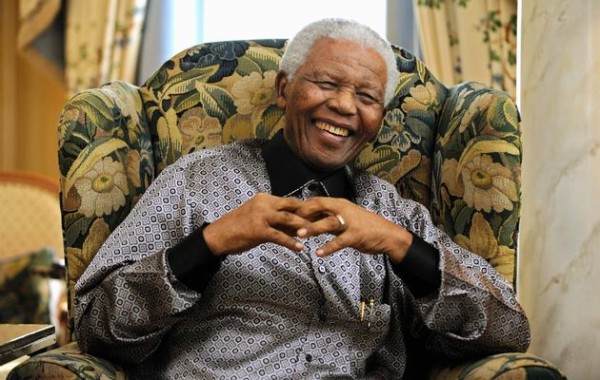 Three living memorials to the legacy of Nelson Mandela were announced by Minister of Economic Development Ebrahim Patel at a clothing factory in Cape Town.

Addressing a large gathering of workers at Pep Clothing factory in a memorial service, he announced a Nelson Mandela Scholarship for 10 university students, a Madiba School Bursary for 100 primary or high school children with disabilities who have special needs and a Mandela Fashion Award for designers who promoted local jobs and fashion innovation. The SA Clothing and Textile Workers Union (SACTWU) will sponsor the three awards.

“These awards speak to three key things we remember Madiba for: his passion for education, his love for children and of course, his colourful shirts. They ensure that the memory of a great man is carried forward in acts that transform the lives of people,” Minister Patel said.

“The result was that the previous offer by the National Party government for wide-scale tariff reduction was replaced with a more balanced trade agreement that has helped to save tens of thousands of clothing and textile jobs. It is the measure of the man that he did this while he was in Norway in December 1993, ready to receive the Nobel Peace Prize,” Minister Patel told the gathering.

“The legacy of the Mandela years was a modern progressive constitution that protected fundamental freedoms of speech and assembly but also entrenched worker rights in the basic law of the country. In the first five years of democracy under his stewardship, all the key pieces of labour legislation were passed by parliament and Nedlac was set up as a forum for social dialogue and partnership.

“The painful legacy of discrimination in the labour market and denial of rights of workers began to be dismantled. Madiba is loved and respected by workers across the nation and the shop floors have been ringing with songs of tribute to him,” Minister Patel said.

He told workers about a meeting in 1993 when Madiba addressed Coloured workers who were fearful about the future. Madiba told them that the country belonged to all who lived in it.

He told Afrikaans speaking workers that their concerns were the same as Xhosa speaking workers, that the need for a fair wage knew no colour and that the divisions of the past should not become the divisions of the future. Madiba’s speech that day about the need for unity of Coloured and African workers had many women in tears as they realised they would become full citizens in the new democracy. It helped to cement worker unity at factory level.

He spoke of the meeting between Sactwu and Madiba a few weeks after his release from Victor Verster prison in 1990 when the union, which had the largest membership in violence-torn KZN, called for his support to end the bitter conflict in the province.
Madiba subsequently made his famous ‘throw your weapons into the sea’ speech at a rally in KZN which laid the foundation for the subsequent National Peace Accord and stability in the province.

The meeting heard of efforts by Madiba to improve union-business relations and foster a partnership at the workplace to promote job creation and economic development, which he regarded as critical priorities that was necessary to strengthen and protect the new democracy.

Recent successes by the government on infrastructure are a continuation of the road opened during the Mandela presidency. These include what is now the country’s largest infrastructure investment programme to build schools and universities, dams and rail lines, roads and ports as well as clinics and hospitals. It was, said Minister Patel, the most fitting tribute to Madiba’s life and work.

The memorial gathering was marked by songs on the life of Madiba, as Afrikaans and Xhosa speaking workers stood patiently in the sun during the open-air gathering at the country’s largest clothing factory.