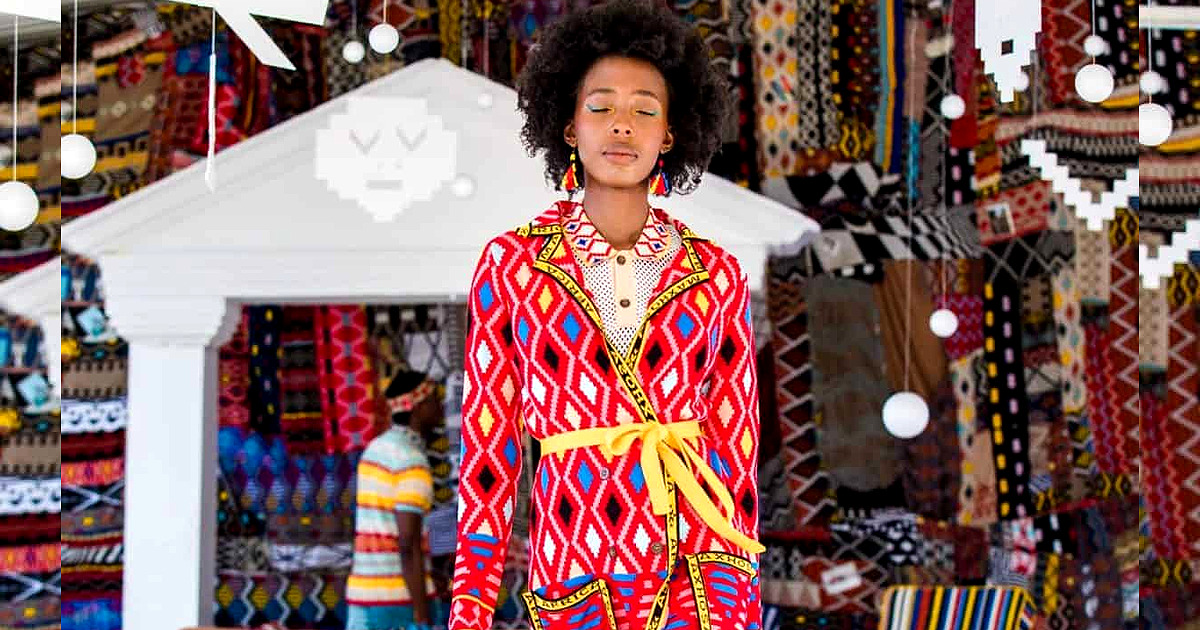 This time it was a virtual fashion show — a very first for Maxhosa Africa. His work was showcased on 16 September at New York Fashion Week.

Ngxokolo wowed viewers with his most colourful collection to date, playing with different fabrics and prints apart from his knitwear and mohair fabrics that’s he’s popularly known for. This was a departure from his previous collection at New York Fashion Week which was more muted. 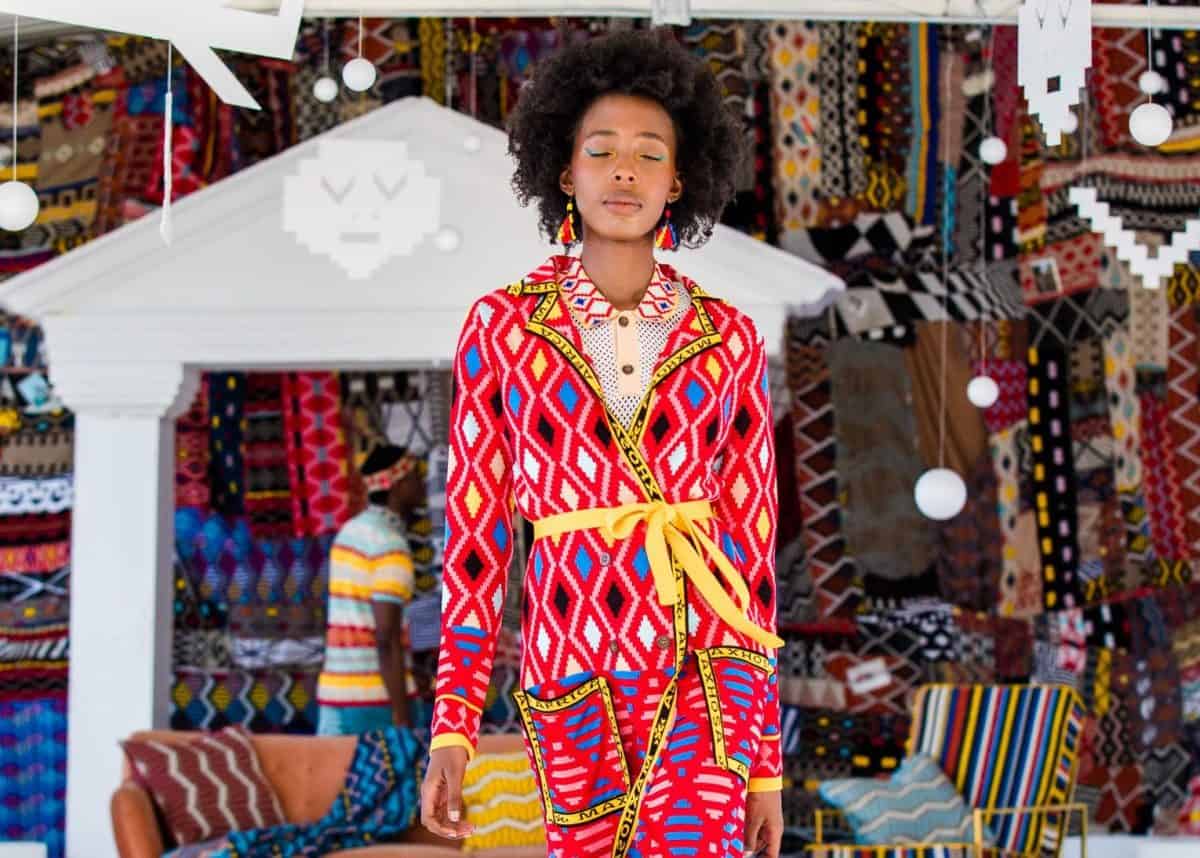 A VIRTUAL FASHION WEEK TO REMEMBER
As SA Idols judge and musician Unathi Nkayi introduced the show, followed by celebrity models such as Ricky Rick, Warren Masemola and Maps Maponyane, the collection portrayed a true reflection of African pride. The virtual show took place in the form of a fashion show.

“The theme of the collection was titled ‘Ingumangaliso Imisebenzi KaThixo’ which was a song written by the designer’s late grandfather Mike Ngxokolo which simply means ‘God’s work is so wonderful that we don’t even acknowledge how powerful it is’,” said Ngxokolo.

“During lockdown, in the midst of sadness, I felt like it’s very important to give people hope with my craft. I love colour so I wanted to showcase happiness so that people would feel very excited about summer and show that happiness is the new luxury,” said Ngxokolo.

INCEPTION OF THE FASHION BRAND

Growing up in Port Elizabeth in the Eastern Cape, Laduma founded his label Maxhosa in 2010 as a thesis project at the Nelson Mandela University with the aim of recreating clothes for Xhosa initiates. 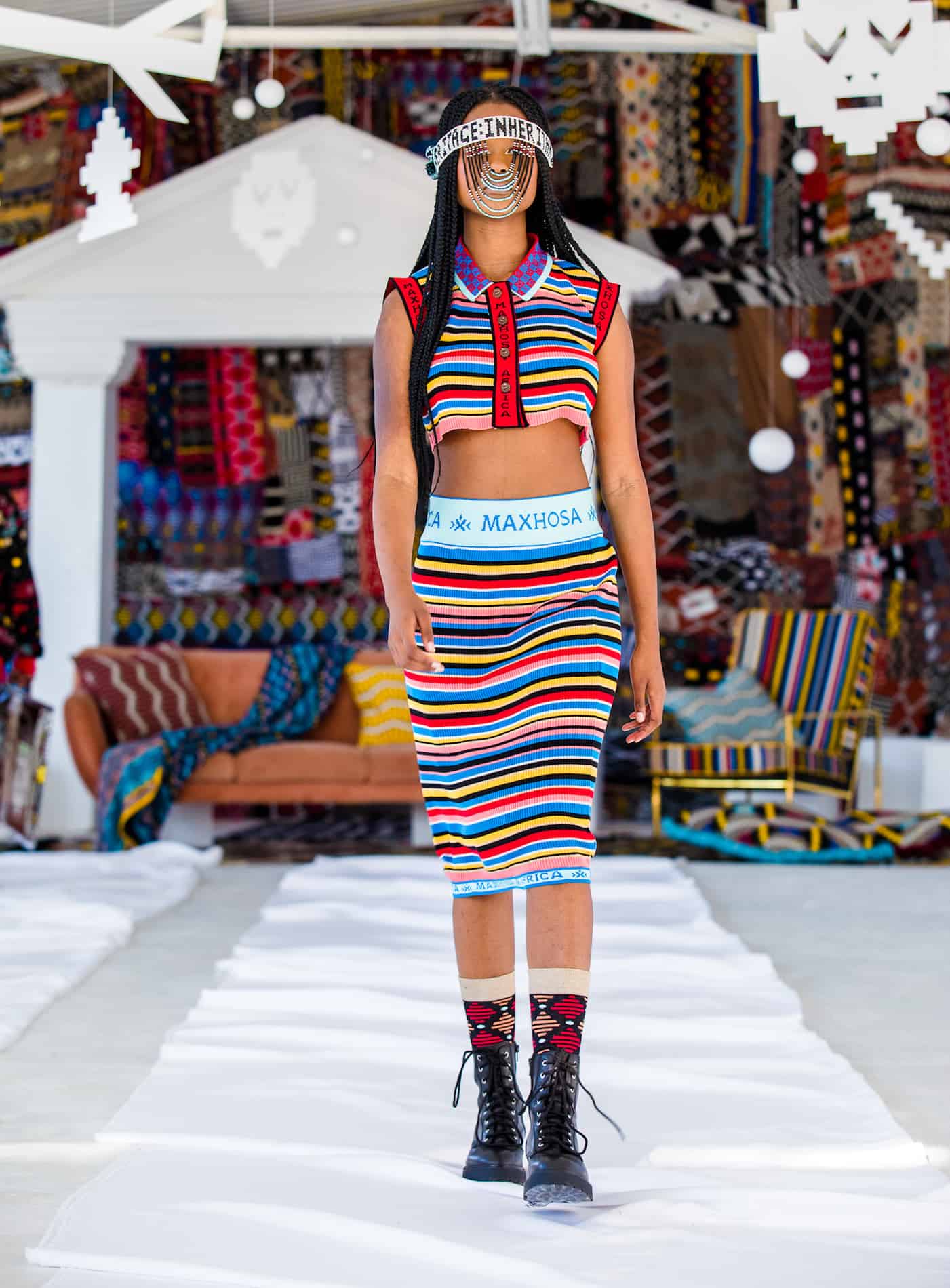 In Xhosa culture, every young man who is 18-years-old has to go through circumcision and get a new wardrobe to celebrate manhood.

“Maxhosa was an alternative option that was cultural yet modern,” said Ngxokolo.

Ngxokolo’s passion for knitwear and fabrics started by watching his late mother who was a knitwear designer.

“I feel like I’m living her dream because that’s what she would’ve wanted me to do. She’s left a legacy that is more valuable than material things,” said Ngxokolo.

A STORE IN THE LUXURY CAPITAL

One of Laduma’s highlights of the year was opening his second store at the V&A Waterfront in Cape Town where his store sat beside the likes of Gucci, Versace and Louis Vuitton. This had been a dream of the designer for many years.

“Opening a store at the V&A Waterfront was a dream come true for me because when I was living in Cape Town I would come to this shopping mall and dream of one day having a store space here,” said Ngxokolo.

MY HERITAGE, MY INHERITANCE 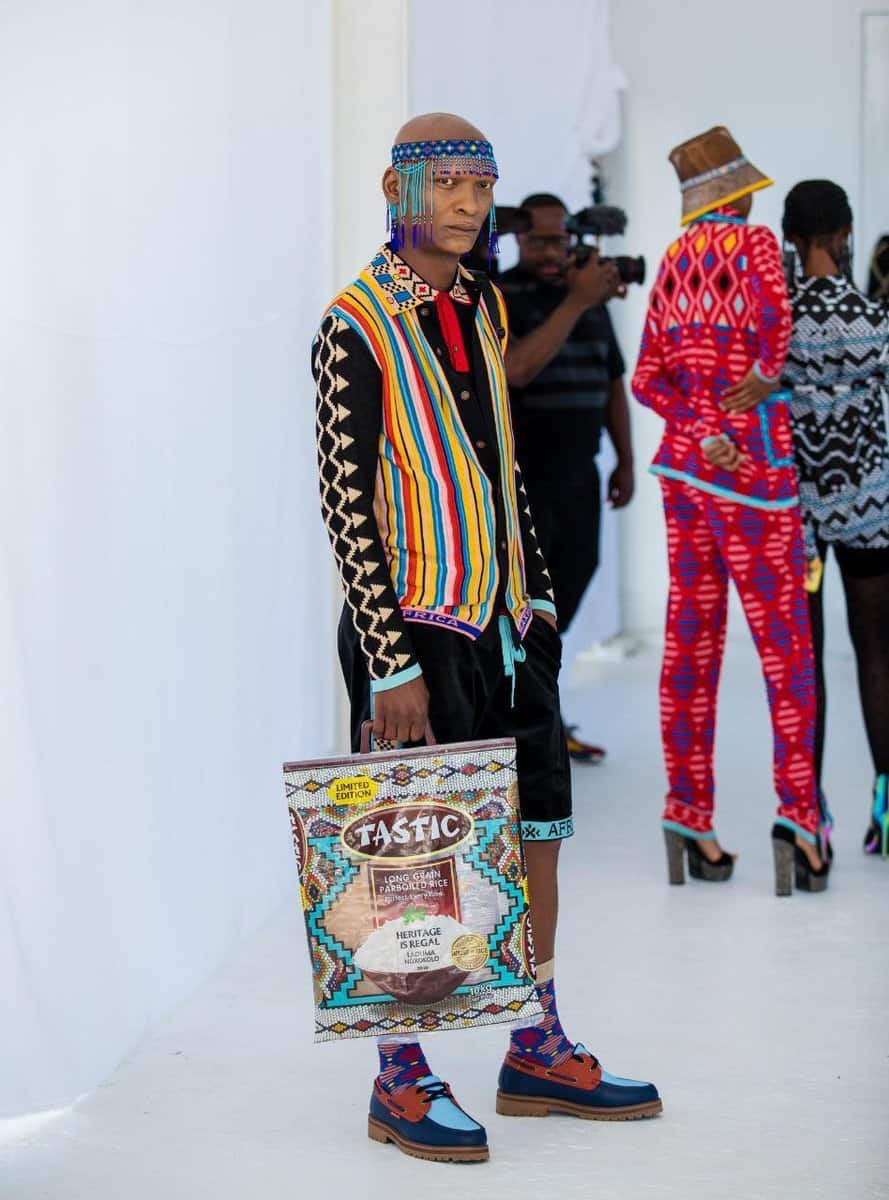 In light of Heritage Month, the Maxhosa brand is rooted in an African heritage — from its inception of Xhosa inspired clothes. It’s no wonder he once did a collection titled “My heritage, my inheritance” which celebrated our great heritage.

“My brand’s ethos runs deeply in promoting my heritage to the rest of the world, so heritage means a lot to me and my family as my business is a family business,” said Ngxokolo.

Working with his sisters and younger brother, Ngxokolo believes that with his siblings by his side he is creating a legacy that will extend for generations to come.