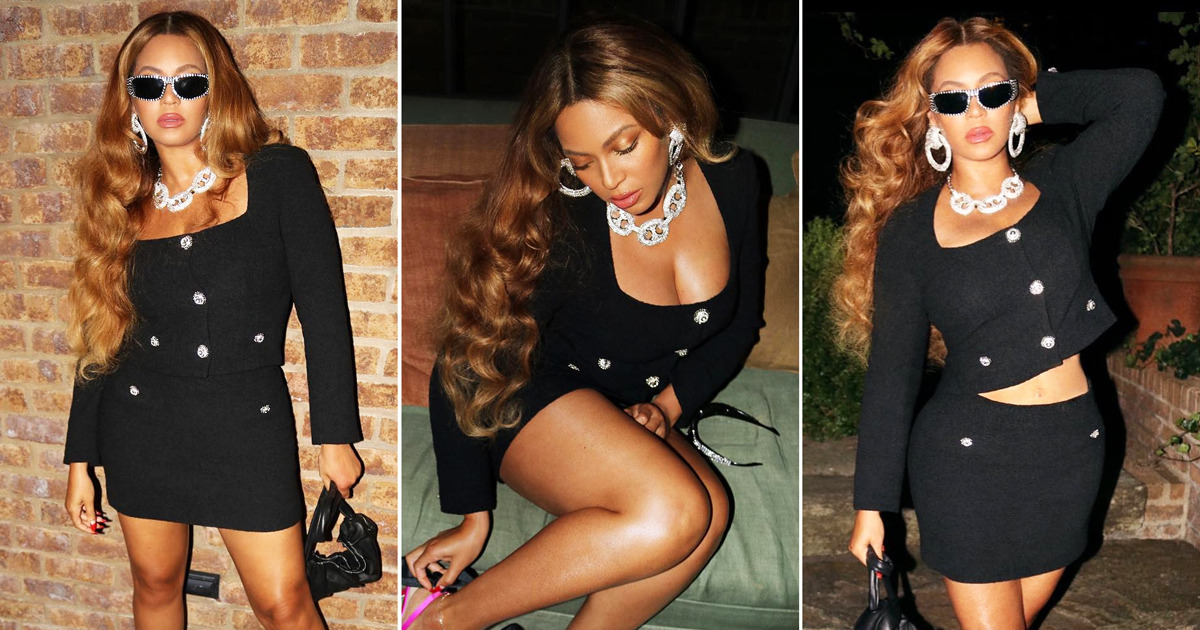 After singing her behind off for the whole African continent, American singer, songwriter, record producer, dancer, actress, and filmmaker Beyoncé Giselle Knowles-Carter Back to serving us style to-die-for. The Housten Texas Born diva whose singing and dancing career began with competitions as a child, just showed us how fierce she can be in all black.

This follows shortly after we did a style feature on some of the hottest all-black looks served by amazing style influencers from around the world. See it here!

#fGSTYLE: Celebrate The Beauty Of Blackness With Over 50 Haute Ultra-Black Looks Served By Our Favourite Style Influencers

As usual with no captions or no comments on her social media, the megastar published haute style shots of her in a black. So unfortunately no credits, most likely isn’t an African brand. She rocked a long sleeve, square neckline crop blazer with button details, and a fabulous mini skirt to match. She tipped it all off with pink heels.

Her accessory game was on point, with a silver necklace and large round earring combo. If anything, there was nothing outlandish about the look, but hey!!!! It’s Beyonce!

This is the first style look we are getting served from by the queen who, alongside Disney, blessed us with the Black is King musical. Beyoncé has made it part of her own mission to create divine images of Black people that can be, and obviously are, widely consumed. In some ways, this is a corrective to how Black people have been depicted in the past — lazy degenerates in the U.S., poor and starving in an ill-defined Africa, largely invisible in the Caribbean.

With that said enjoy the look below. PS. Did we forget to mention the silver-rimmed shades? Oh lard! 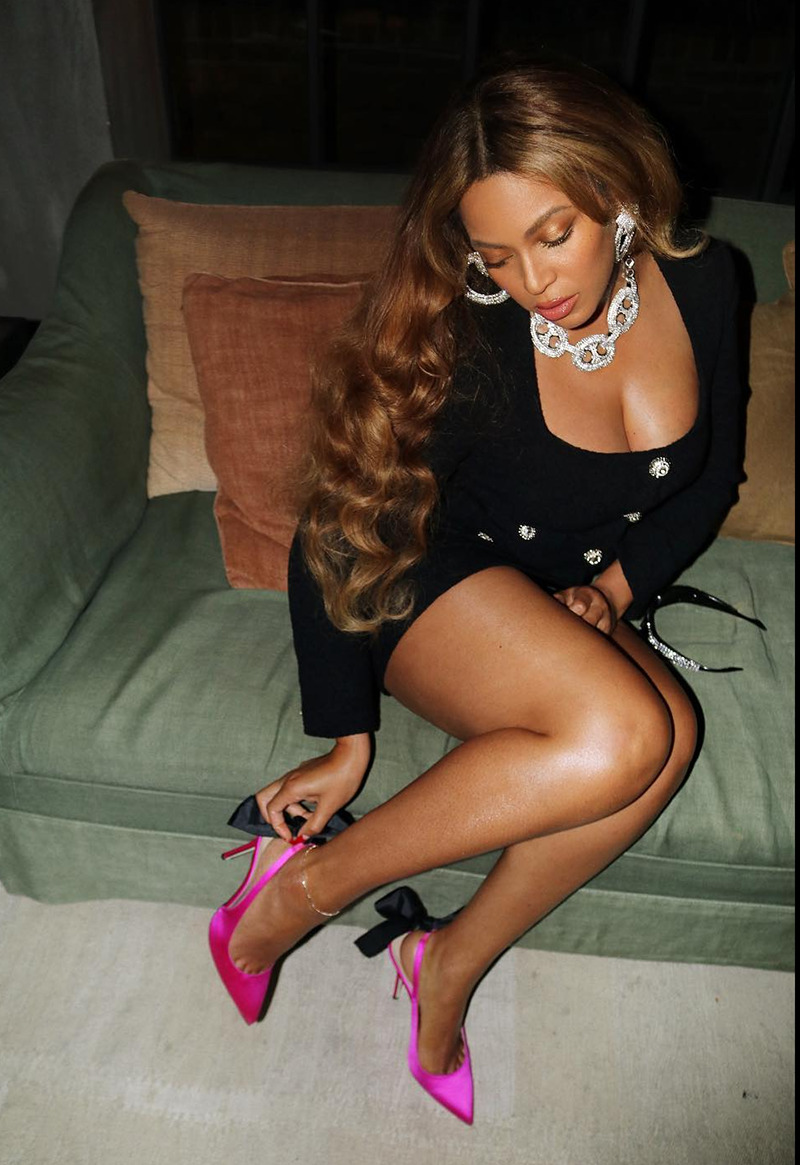 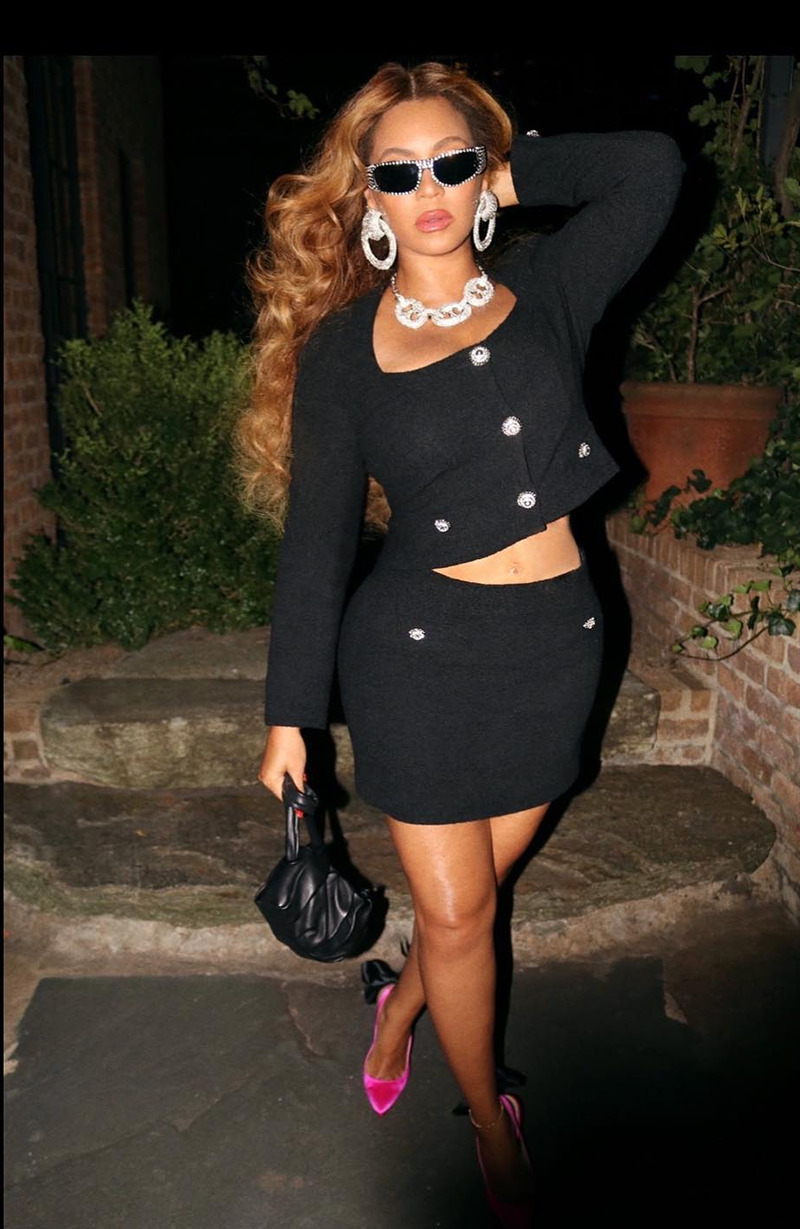 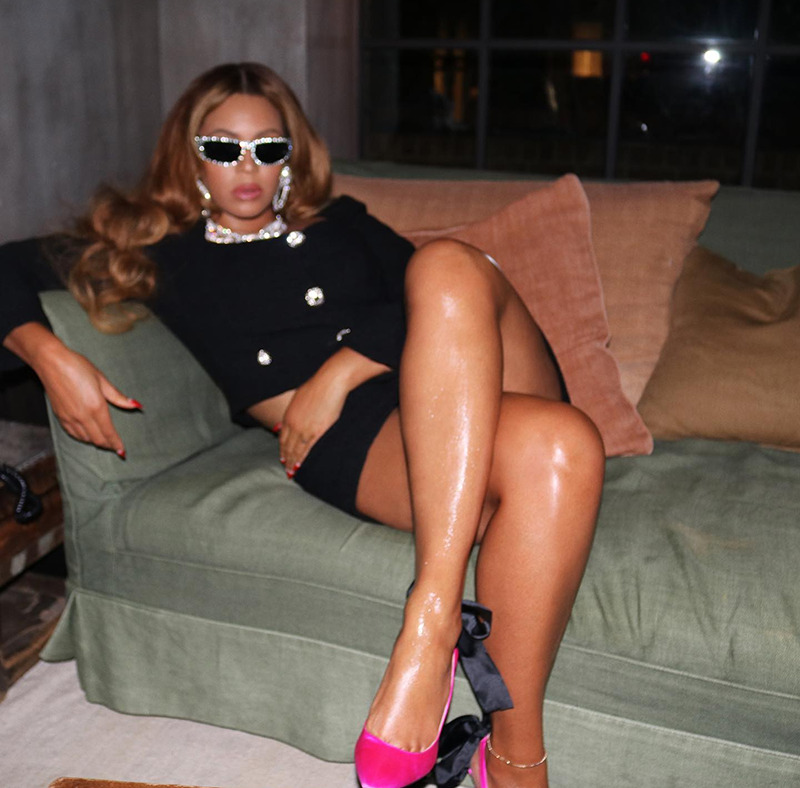 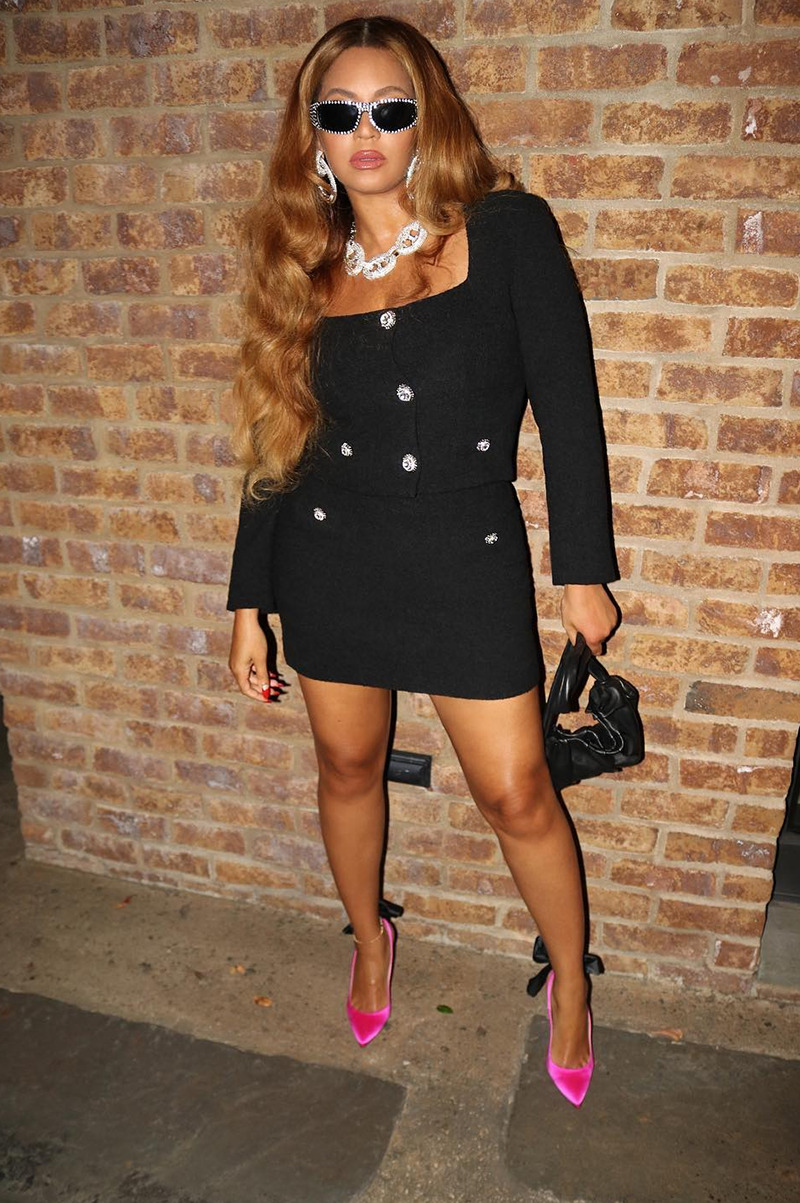