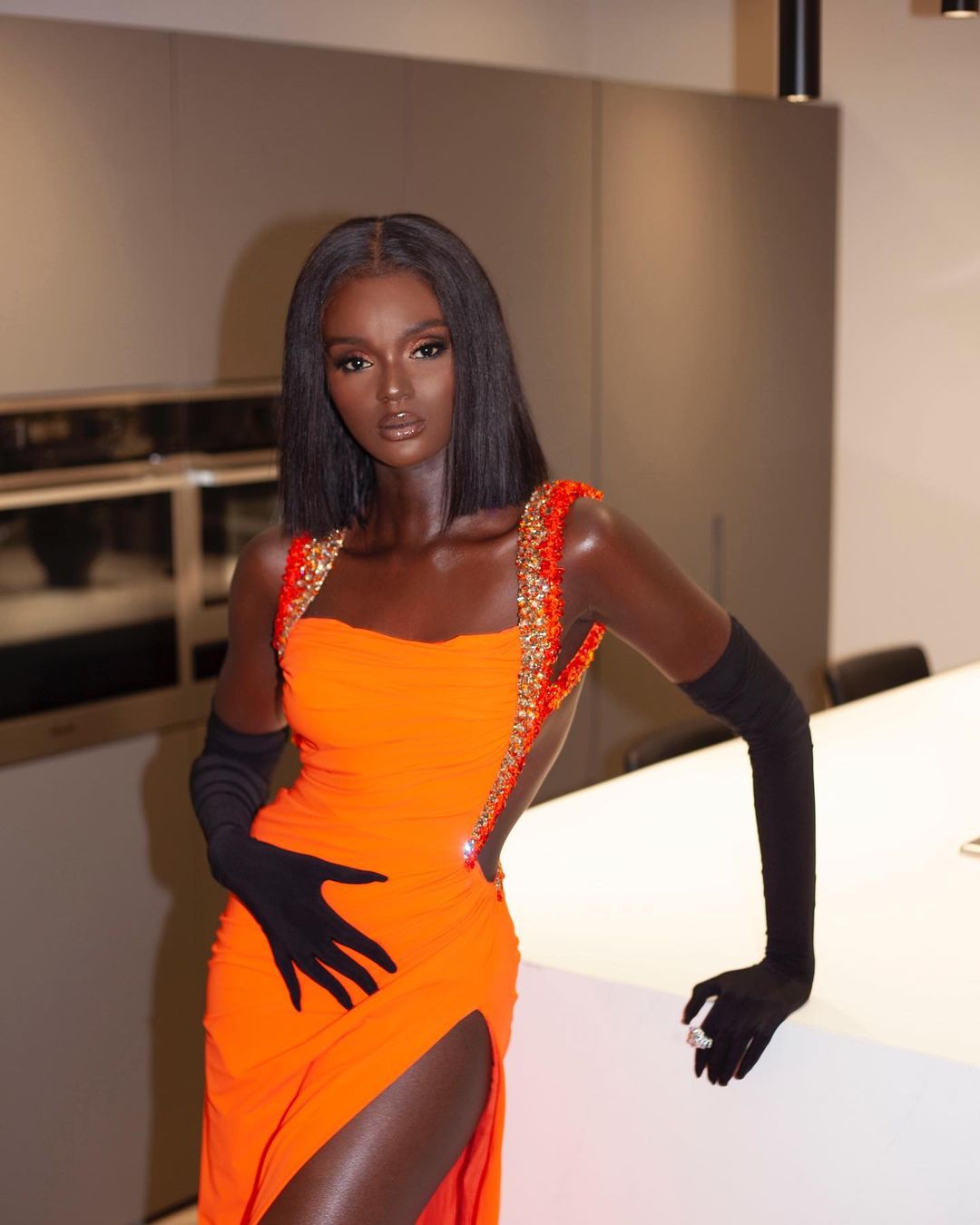 Sudanese and Australian born model Nyadak “Duckie” Thot  was a delight to behold as she was spotted under the lenses of London based photographer Rowben Lantion, wearing a stunning yellow custard 2021 Couture Edit by  Lebanese-Italian fashion designer, Tony Ward whose creations are present in over 60 stores across the world as she joined millions of fashion guests as they attend this years British Fashion Council Awards which held on 3rd December via Zoom.  Thot who finished in third place on the eighth cycle of Australia’s Next Top Model and made her runway debut at the Yeezy S/S 17 show. She is best known for being a face of Fenty Beauty as well as playing the lead role in the Alice in Wonderland-inspired 2018 Pirelli Calendar. The orange couture gown as seen on the model accentuated and hugged the petite model and had the royal British black gloves give her dark skin some feel which screamed glamorous.

“A vision in orange” indeed.

Thot was styled by international fashion stylist Calvin Opaleye who made sure that the black damsel model really had control of the dress and not the other way round.

The British Fashion Awards took place last night in a very different way than we’re used to. Instead of its usual big party and celebrity-studded ceremony at London’s Royal Albert Hall, the awards were presented by Priyanka Chopra Jones, Lewis Hamilon, Aja Barber, Maisie Williams and singer Rosalía in a short film, which was accessible to the public for the first time.

The British Fashion Council (BFC) awarded 20 accolades that honoured and celebrated those in the industry that have created positive change in fashion, stood up against prejudice, and proactively responded to the pandemic – across four categories of Community, Creativity, Environment and People.

Discover the 20 winners below: 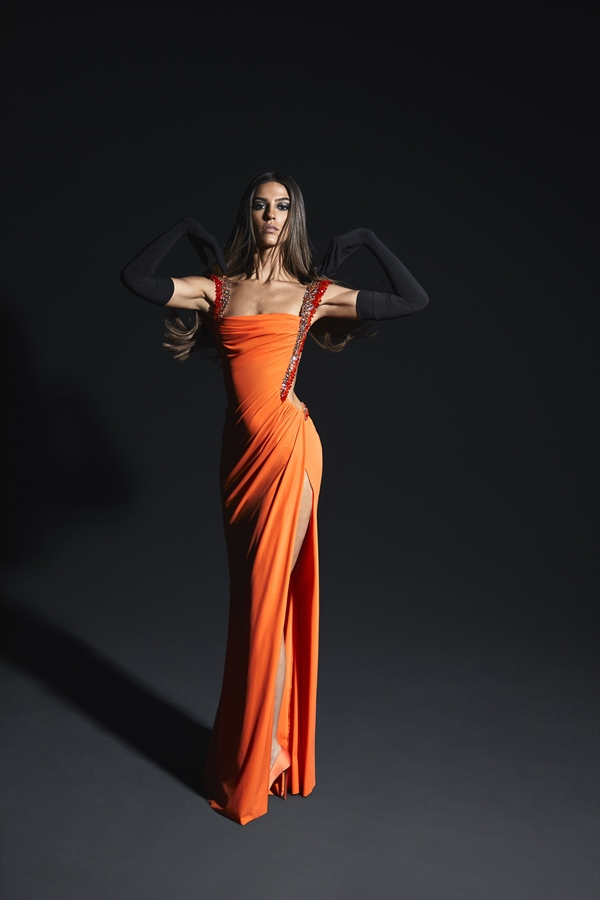