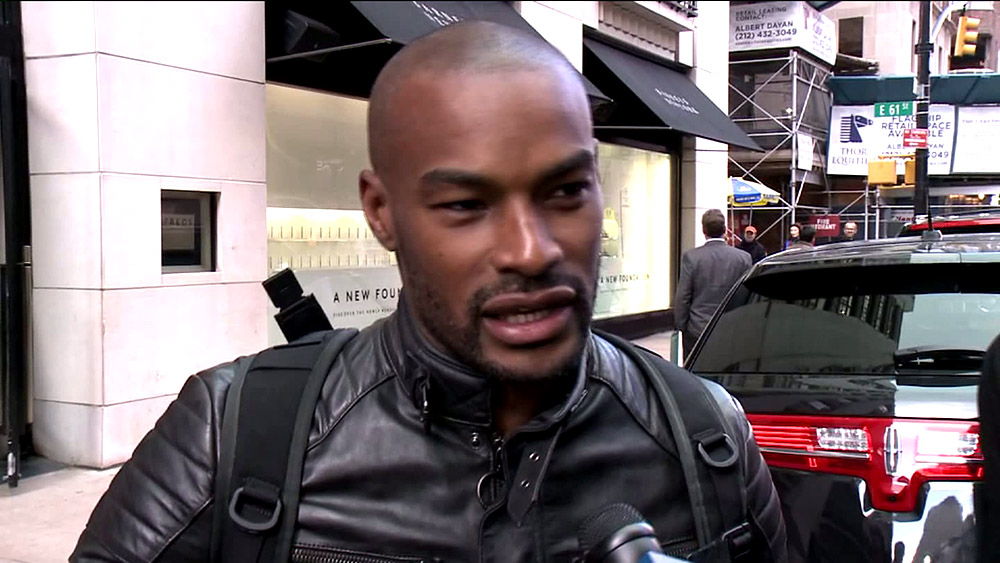 According to TMZ, last week the male model was surprised by a knock at his Miami apartment door. The man at the door was apparently a process server there to officially serve him with a lawsuit.

The man claimed that once he identified his self, Tyson slammed the door in his face. He then says he told him that he would leave the papers at the door and that’s when Tyson allegedly came it with a gun telling him to leave.

Tyson apparently did fess up to the encounter but says he did it to protect himself.

“Tyson tells TMZ, yes, he pulled a gun, but he lives in a secure building and without any advance warning, someone started knocking at his door. When Tyson answered, he saw ‘a very large white guy with an eyepatch.’

Tyson says the guy refused to ID himself, so he tried closing the door but the guy got super aggressive and tried pushing the door back open. Tyson says he felt threatened, so he pulled a gun to get him to leave the building. BTW, Tyson adds he has a concealed weapons permit.”

Tyson is being sued for failing to promote and market his Beckford Bar exercise equipment.