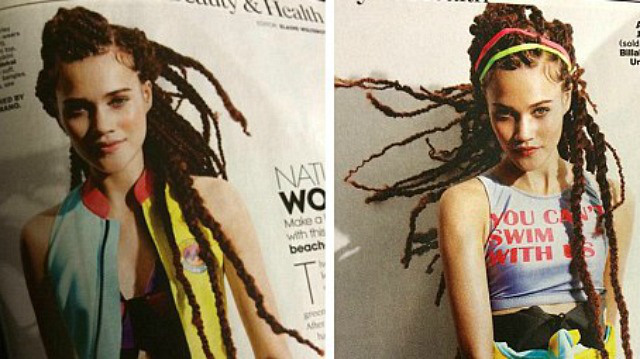 You probably haven’t heard about it, but Vogue is in the limelight again for racism somewhere in America. And this time it is based on a feature of ‘African Hairstyles’ using white and Bi Racial model.

I initially saw this news yesterday and I questioned why it was even in the news, amix of points came to mind which I decided to share today.
1st/ Relax guys, the Bi-Racial girl is real, its not a Rachel Dolezal. Or at least I think that’s what her parents said.

2nd/ Is this worth an outcry even if it was all white models, as cliche as it sounds, a large number of black people around the world have consistently emulated non black hair so it’s really double standards to do so. In fact the reverse goes to the extent of buying other peoples hair and putting it on their head, which also cuts across various cultures and races.

3rd/ Should it really offend Black People if Europeans begin to embrace afro or African hairstyles. I would assume that the more races and cultures that embrace it indicate that the culture is making success and waves. Is this not a positive mark in the promotion of African culture? Despite the racism behind the Vogue brand it has now embraced braids, is that wrong? Isn’t that what most nationalities work for? That Italians are happy their pasta is enjoyed around the world? That America is happy their movies are watched around the world? That Latin American’s and Cubans celebrate Salsa being a popular dance? Chinese restaurants here in Ghana with no Chinese men in there. There are many foreign cultural activities we participate in in Ghana which are very intriguing. I myself am a fan of many facebook pages of various activities from Switzerland to Brazil and to my surprise even seeing some African content on there, why would one want it to stop there because of skin color.

4th/ I do see one or two aspects where the finger can be pointed and that is where the fact if Teen Vogue has deprived itself from featuring black models and then takes on African hairstyles without considering one or two. And I say if, because I have never picked up a teen Vogue magazines, I never will and don’t intend to. But then again, I see that as separate to the debacle from the braids. If they chose not to use black models, then create your magazine and do so!

5th/ People who are not racist and despise it, stop given credence to racist entities unless their outcry can manifest some results, ie. bring a legal case forward, shut down business, boycott, etc. You can’t sue teen Vogue for not using the models you want. And teen vogue is not the magazine of God, they do not have to have a fair representation, since when did they ever owe that to you? Did you invest in them? Why do you feel entitled by them? As long as there isn’t any offense, misappropriation of character, insult or provocation of harm towards you, leave them alone if you don’t like their content. The point is many of these companies are identifying the promotional aspect of mild racism, and that is why every now and then they might do something to tease and get a reaction from the public. And it happens with all races, gender, cultures, political parties and so forth. 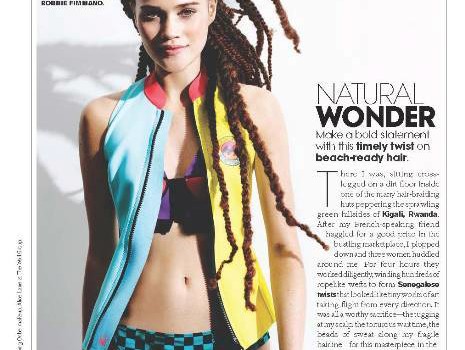 I won’t lie, I am very unbalanced with my thoughts on this one, But I definitely don’t see it as racism and if it is, nothing to be worried about. In fact I think its a positive acknowledgement even if there was a racist motive behind it. And those that have noticed, I am definitely a whistle blower when I see it, but this to me (don’t kill me) is a positive sign putting braids across their audience, in fact a European model would have worked well also.

Sometimes I also question if the supposed ‘Blacklash’ are falsified for media attention, because the articles say one thing, but the general discussions on social media really indicates that most people do not really care what is in teen Vogue.

I guess for PR and promotional purposes you are set to get views when there is an article saying “Black People Are Angry At This White Horse For Stepping On A Black Stone’, then everyone will rush to see what is inside. That is always more strategic than saying ‘See The White Horse Step On A Black Stone’. At times, such supposed backlashes are falsified. However if not, I say yay for African hairstyles crossing boundaries in magazine brands with a history of racism, it goes to show fashion trumps racism.

Read More on prejudice and Racism In Fashion
Racism