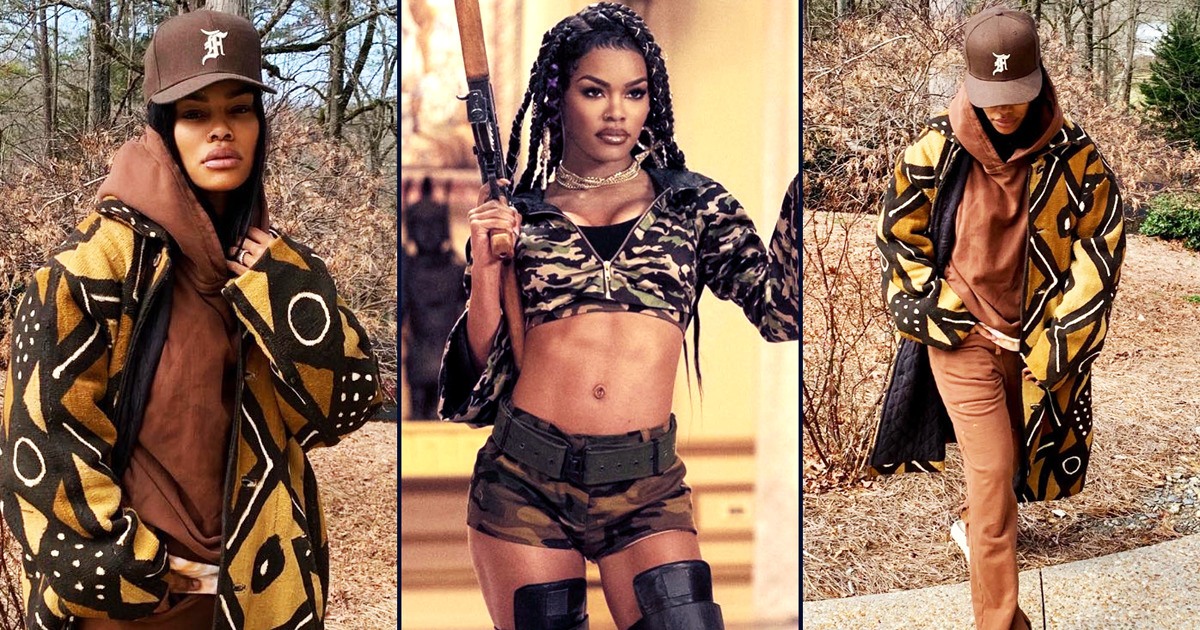 PICS: Teyan Taylor Shows Her Love For African Fashion As She Steps Out In A Haute Bogolan Print Jacket

As of now, most of us a probably excited in watching her role in the upcoming ‘Coming2America‘ the sequel to the classic movie ‘Coming To America’ by Eddie Murphy. 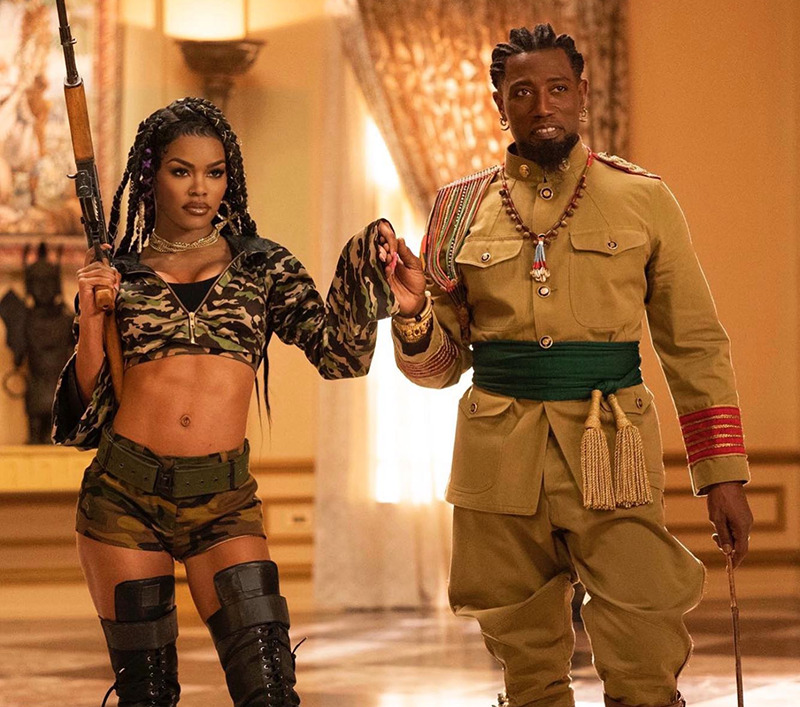 According to the commercial, Teyan will be playing the role of a female rebel working alongside Wesley Snipes character, who plays the role of wanting to overthrow Eddie Murphy as the king of Zamunda. You can see more below.

However, if you think that is the most you will see of the actress in African fashion think again. Last week Teyan Taylor published more images, as usual, to share her fabulous style with the world.

There is no denying her urban style composed of bralette tops, baggy pants definitely pick some influence from the 90s era, specifically resembling that of Aaliyah and old skul RnB groups like Xscape.

Still, within her urban persona, Teyan managed to serve a touch of African fashion by rocking a bogolan fabric jacket.

The bogolan fabric is a traditionally made-in-Mali fabric known to westerners as Mud Cloth. It sees angular patterns with cream and different shades of brown, at times monochrome. Some of which is sold on our online boutique.

It’s a handmade Malian cotton fabric traditionally dyed with fermented mud. It has an important place in traditional Malian culture and has, more recently, become a symbol of Malian cultural identity.

Recently, there have been various print editions stemming from China, but we can assure you Teyan Taylor is rocking the original edit.

Although the creative/s behind the brand was not creditted, the message was still strong. See her do her thing below.