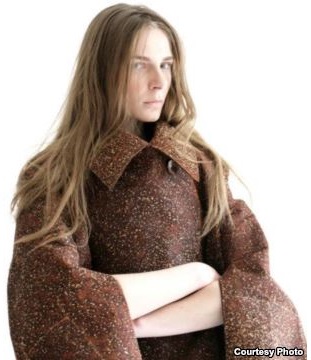 The Bark Textiles From Uganda Makes A Hit On European Catwalks

Please have a read. Often when we look into the term African textiles, we speak of fabrics that are not produced in Africa or by Africans. The beauty about this is this article looks into a growing fashionable fabric made in Africa. 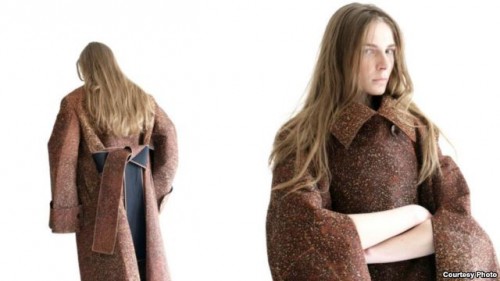 Textiles made from African barks are growing in popularity, especially in Europe. Bark from Ugandan fig trees – the oldest fabric known to mankind – is now being used in home design, furniture, and lighting fixtures.

On the top floor of a sprawling studio in Berlin’s Kreuzberg neighborhood, 26-year-old Nigerian-German fashion designer Bobby Kolade is making last-minute preparations for his fashion show later in the week. His collection has gotten a lot of media attention, primarily because he is the first designer in the West to use bark from Ugandan fig trees in high fashion.

“This is the coat everyone is talking about. It is an oversized coat,” Kolade said, referring to one of the most talked about pieces from his collection. “It is an interesting fabric. It is light, but stiff at the same time. It looks heavy, but it is quite light. I have bonded it here with wool, to give it more flexibility.”

Kolade grew up in Uganda and Sudan. He later studied fashion in Berlin. Growing up, he was fascinated by how Ugandan farmers peel off the bark from fig trees in a way that does not harm the tree.

“And then the tree is wrapped with banana leaves, to protect it,” the designer explained. “And what happens then is that the bark cloth is boiled in huge pans, to soften it. And afterwards, it is hammered using a hammer made from guava tree wood … until it is 10 times as thin as its original size. That is what the men do; it is very strenuous. Afterwards, they lay it in the sun and that is how this color comes about.”

The color is that of rich maple wood with slight flecks of almond, but Kolade says the color can vary.

“Usually bark from a tree is very light, like fresh wood. And the sun is what gives it this color. It is something you cannot control,” he explained.

“When it is in the sun it becomes darker,” added Mary Barongo, co-founder of Bark Cloth, a company in southern Germany. She imports the bark from her native Uganda.

“We take the finished product from the farmers, the bark-cloth makers, and then we modify it,” Barongo explained. “So what Bobby Kolade uses has been modified by us. Its natural color is reddish-brown.”

The bark was named to UNESCO’s list of Intangible Cultural Heritage in 2008. Shortly thereafter, Kolade discovered it could be used as an alternative to leather.

“I am trying to replace leather with bark cloth, because I do not work with leather as a vegetarian,” Kolade said. “It is also an interesting challenge. It is difficult to work with. It is actually not meant for coats and that sort of thing.” 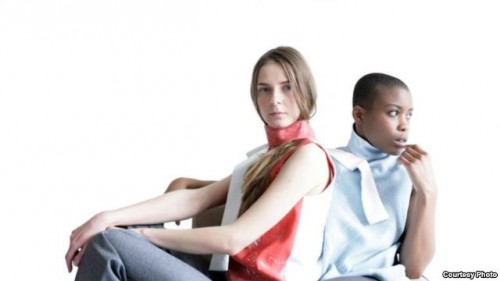 Most in the audience of a recent fashion show where Kolade showed his collection had never seen bark used in this way before.

“Never heard about this fabric before, but I think it looks great,” one woman said.

“This is the first time I have seen it being used before in fashion,” admitted another atendee. “But a lot of raw materials in Africa or Uganda can be used in versatile and different ways. So it can be used for household things, for fashion, for anything pretty much. It depends how use twist it, really.”

On July 5, Kolade’s collection won first place in the German fashion industry’s Start Your Fashion Business competition for young talent. The prize consists of a $32,000 cash grant and support from the city of Berlin. Kolade said he will use the prize money to continue exploring bark silk-screen printing and to make his bark jackets more water resistant.

This might not be an African fabric as such for so long if it gets popular. As all things go major companies will obviously begin mass production of it somewhere else. China, Europe or something, as we dont have the tools….smh