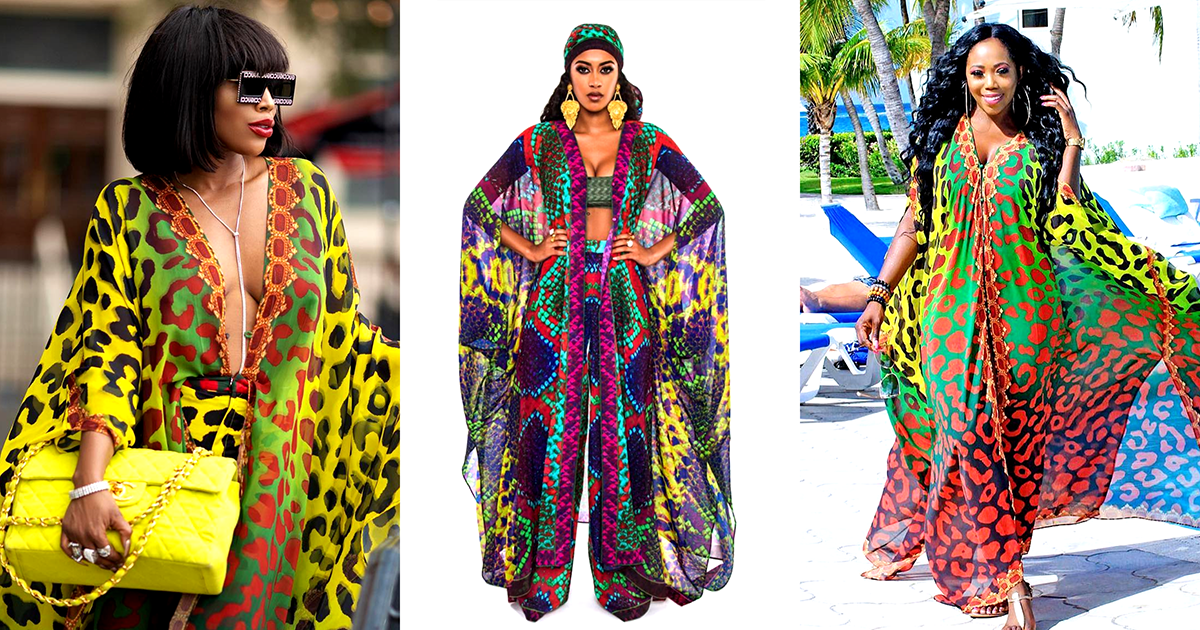 It seems there’s a dispute in the fashion world and it involves two of our favorite well-accomplished African brands. Fashion Designer Sai Sankoh who started off as a style queen and in only one year developed one of Africa’s most popular fashion self-named brands ‘Sai Sankoh’. And B-Fyne, an African success story that blew up when it made fabulous African print swimwear trademarked with the Angelina/dashiki fabric.

Two years ago, Nigerian swimwear brand B-Fyne called out Brazilian designer Silvia Ulson Plagiarizing their works. The Brazilian designer took to Swimwear Fashion Week to execute a line of outfits that were just as identical to the Nigerian brand’s work as seen below.

However, it seems the shoe might just be on the other foot. In a recent post on social media, Sierra Leone’s Sai Sankoh called out B Fyne of doing exactly the same thing that was done to them by the Brazilian brand.

B Fyne has put out ‘an almost identical’ (if not identical) cover up piece to that of one of Sai Sankoh’s renowned signature pieces. Sai Sankoh’s outfit has been worn by many USA celebrities from Gabrielle Union, legendary model Iman and many more.

The frustrated designer took to Facebook and wrote “This is getting completely out of hand. Not only celebrities with bigger platforms straight-up copying my kaftan designs and prints now African designers are also doing the same thing. They were not so pleased when it was done to them, but because they have a bigger platform they feel it is okay to do it to me. Do Better! I’m so sick and tired of this! You literally don’t understand how much blood sweat and tears I put into my line; But I still try to come out smiling and making it all seem glamourous. This is wrong!” 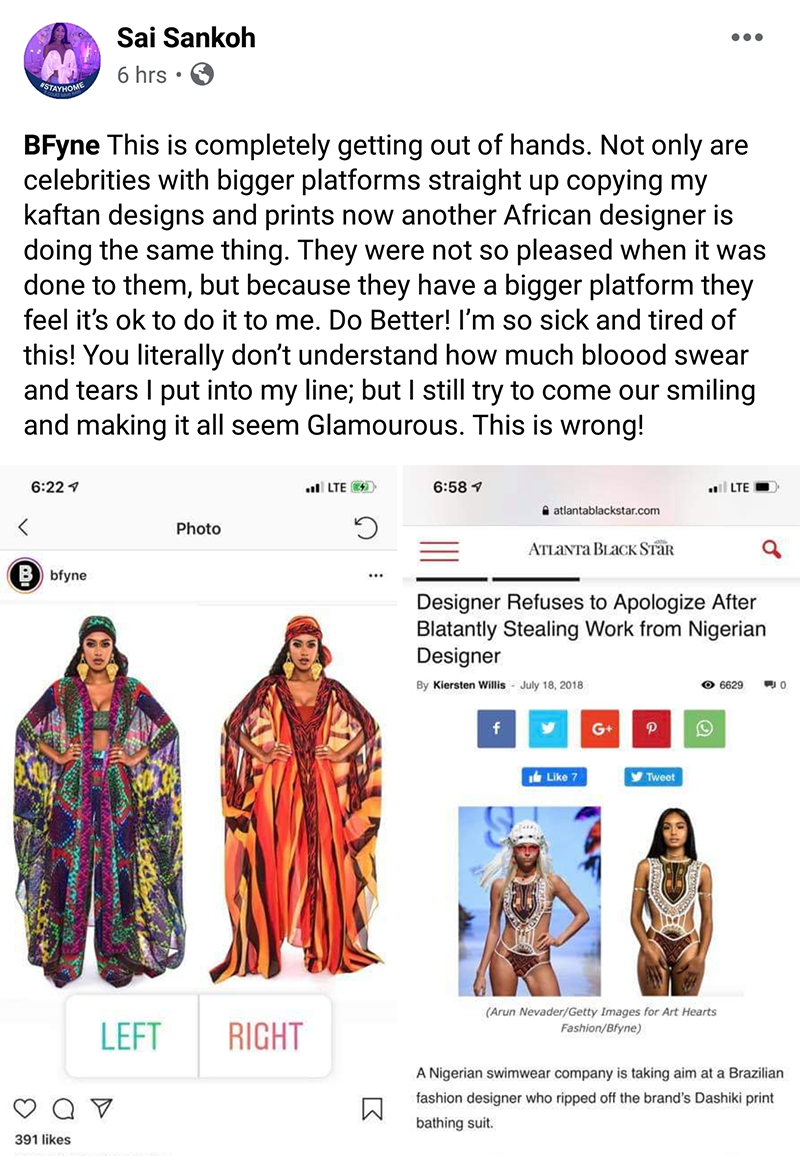 The designer deleted the post afterward but assured FashionGHANA.com that the dispute hadn’t been resolved.

Earlier this year, Iman who was one of the first known celebrities to rock her kaftans also put together her own fashion line with a piece identical to Sai Sankoh’s and now B Fyne. Apparently the designer feels the act of plagiarism by B-Fyne and others are being executed simply because they feel they have a bigger platform than hers and is now taking it to the internet to let it be known.