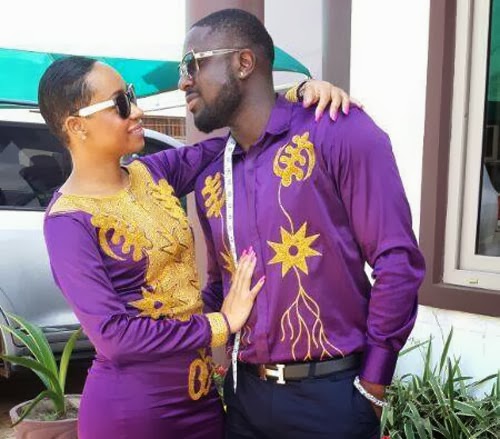 The biggest love story from Big Brother the Chase continues from South Africa to Zimbabwe to Ghana, as Pokello arrived in Ghana with Elikem for what is reported to be a two month stay. After a hearty welcome for Pokello at the Kotoka International Airport on Tuesday, I caught up with the couple at a dinner at the La Villa Boutique Hotel.

While Pokello was thrilled by the royal welcome she received in Accra, Elikem shared his experience in Zimbabwe. He said: “The Zim reception was crazy! There was a convoy and the crowd was massive. Literally everyone had a tape measure around their necks. The parents received me nicely; family, sisters, brothers and friends did same. Zimbabwe was nice!”

Explaining their relationship, Pokello said: “Our relationship is amazing, we get along like a house on fire. We are best friends. It is exactly what we imagined it would be, while we were in the house. Sometimes we actually feel it is too good to be true.”

So with their relationship buzzing on social media, does the couple feel pressured? Pokello comments: “We don’t really feel pressure because I feel that the relationship actually started under cameras with everybody watching so we are kinda used to that kind of attention. I love it because I love my fans. The fans make us.”

Elikem was however of a different opinion: “Very soon we will run away from it. Me, I don’t like it too much. She keeps up on twitter a lot but I am not able to do all that. I like my fans too but it’s our relationship and we will have to hide away from them eventually.”

The couple also revealed that they have a lot lined up including a Pollikem sub brand coming out from Elikem Kumordzie The Tailor, as well as opening a Ghana branch of Pokello’s high end boutique, Addicted to Shoes. Elikem also hinted that Pokello will probably play some cameo roles in a few movies.

Pokello concluded by adding: “I will be doing a lot of major interviews while I am here in Ghana so watch out for all my interviews. It’s going to be great fun, exclusive never seen before, never heard before stuff about Big Brother!”