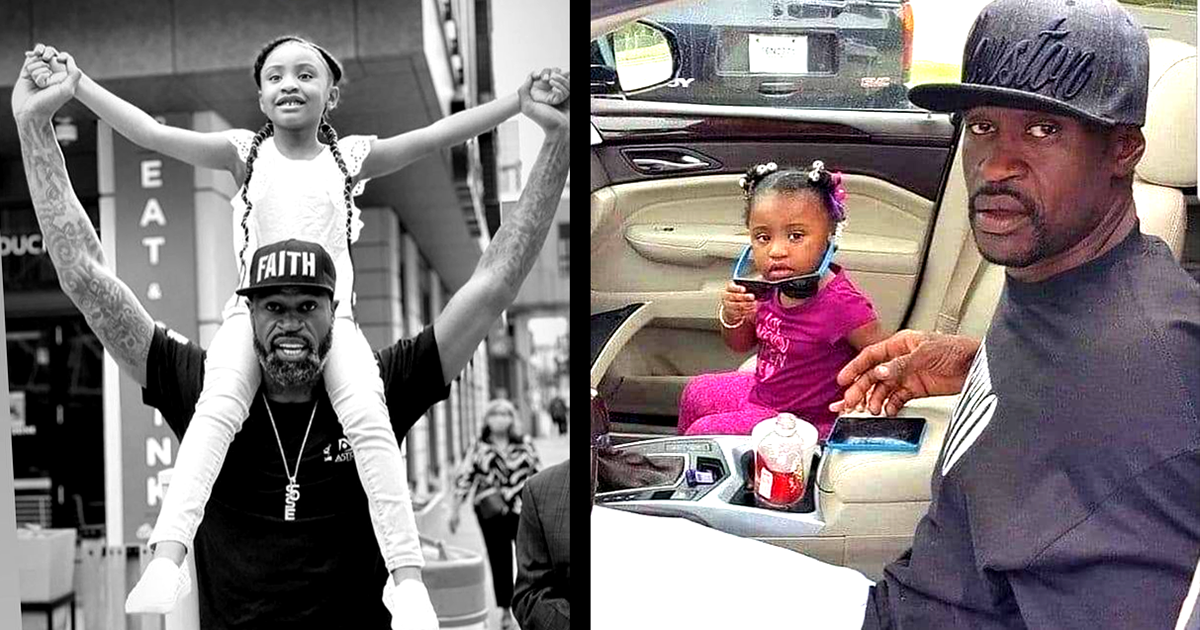 Goerge Floyd’s tragic death has still left the world broken with ongoing riots and protests seeking the conviction of the 3 other officers involved in his slaughter.

But the unification of all people against the act is overwhelming and his daughter is fully aware of this.
Gianna “GiGi” Floyd, the 6-year-old daughter of George Floyd, was filmed shouting “daddy changed the world” in tribute to her father.

In the clip below, a smiling Gianna, who is sitting on ex-basketball pro-Stephen Jackson, can be heard saying ‘Daddy changed the world.’

Stephen Jackson, who has been vocal about the death of his longtime friend George Floyd, has been campaigning for justice since the killing.